As New Year’s Eve 1999 began hitting other parts of the world, I sat in my apartment with my roommate (also my cousin) and watched, with morbid fascination, midnight strike in New Zealand. There had been so much hype leading up to that night about Y2K that it was hard not to be curious about it. Would everything just shut down like some of the most extreme doomsdayers were claiming? Would there just be small glitches? Maybe nothing would happen and we would all go on living just as we had been yesterday. Skeptical but curious, we watched New Zealand take on the new year, to see if anything would happen. We were chattering through the countdown, not paying full attention, and joking about what would happen if all the computers in the world suddenly shut down.

We cracked a joke about having plenty of canned goods in our cupboards.

My cousin and I exchanged looks and said with a smirk, “nice knowin’ ya!”.

The lights on the television screen instantly went black after “one!”. My heart burst into a full-on race.

“They were right. My god, they were right!” Panic was welling up inside of me. I felt beads of sweat form on my forehead.

“It’s not midnight yet here, we need to go get-”

“Oops, sorry folks. Technical difficulties.” A television anchor interrupted my cousin. We stared at the now lit-up screen in disbelief, watching party-goers in New Zealand whoop it up with confetti and champagne. After a few seconds of silence, we burst into laughter. We had truly thought we were facing the end of the world.

This is funny, but it’s far from the funniest story about a failed apocalypse prediction. Although I would love to be able to take the Moonie for Most Gullible Idiot in the Apocalypse Predictions genre, I cannot. Too many people before me and since have stolen that award. It appears ridiculous apocalyptic prophecy is at the source of many of history’s most absurd and chuckle-worthy stories. Here is just a handful: 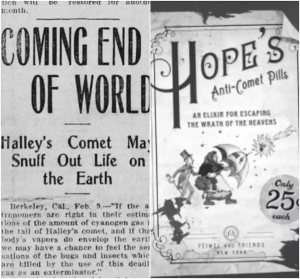 1. Comet Pills – In 1910, the Earth passed through the tail of Halley’s Comet for 6 hours. French Catholic astronomer Camille Flammarion, in the months prior, had theorized that all life on Earth could perish in the gases from the comet. Media helped fuel that fire by suggesting the gases were made up of cyanide. Christians were sure this was the second coming, while others threw caution to the wind and committed crimes they would not have otherwise. Some were even driven to commit suicide.

To fight the effects of the comet’s gases, some merchants sold comet pills, while others sold umbrellas ensuring customers that it would protect them from the deadly gasses. On the night in question, people celebrated and sat up all night, assuming the morning would not come. Of course, the morning came, and then the next and 40,000 mornings after that.

2. The San Quentin Prophetess – Margaret Rowen was a Seventh Day Adventist who claimed to have been visited by the angel Gabriel who told her the world would end on February 13th, 1925. Having built up a following of around a thousand people, Rowen tasted a small amount of power and wanted more. With the help of a friend, Fullmer, a fake letter was planted at the Ellen G. White Estate (White was a Seventh Day Adventist minister) which outlined the important new role as prophetess that Rowen was to fill. When Rowen’s apocalyptic predictions proved false, Fullmer admitted the letter was a fraud and continued on to write a piece about how Rowen was a fake and a liar. Her response was a plan to murder him, but she ended up getting caught and doing a short bit in San Quentin for conspiring.

3. Buttermilk and Brazil Nuts – Wilbur Glenn Voliva was a prominent flat earth creationist who offered a reward of $5000 to anyone who could disprove flat earth theory (Hey Deepak, remind you of anyone?). He preached against what he liked to call the “Trinity of Evils”, which were astronomy, evolution and higher criticism. The man was a poster boy for ignorance and when his prediction that the world would go “puff” and disappear in September 1935 failed, he turned his attention to longevity. He was sure he would live to be 120 because he consumed nothing but brazil nuts and buttermilk. He passed in 1942 at the age of 72.

5. The Brotherhood of the Seven Rays – The Brotherhood of the Seven Rays is a secret occult society that was led by Dorothy Martin, a Chicago housewife. She predicted the world would flood and come to an end on December 21st, 1954. She claimed to have been given this information by aliens from the planet Clarion. Her failed prediction sparked psychological research which led to the founding and exploration of the theory of cognitive dissonance.

6. Ashtar, The Alien – George Van Tassel had a nasty habit of chatting with ETs. He would receive communications from one alien in particular named Ashtar. After his first chats with Ashtar, made possible through channelling and alien tech, George organized the first ever Giant Rock Spacecraft Convention, to be held at his compound… located in a community called Giant Rock, California. His growing numbers of followers were in attendance at the convention and were privy to the information he had gleaned from Ashtar. This included the apocalyptic message that the Southeastern US would be destroyed by a nuclear attack from the USSR on August 20th, 1967.

8. The Return of the Comet – Leland Jensen was excommunicated from his Bahá’í sect for his radical ideas. In 1980, he had his followers hiding in bomb shelters because the end of the world was assuredly nigh. Again, in 1986 he predicted that Halley’s Comet would be sucked into Earth’s orbit and lead to the end of the world.

9. Earth Day Pioneer – One of the founders of Earth Day, José Argüelles, predicted the world would come to an end on August 17th, 1987 unless the world came together and meditated by the millions. He wanted at least 20 million people to meditate across the globe in unison to shift the collective consciousness towards peace. He called for 144,000 people in each “power centre”, which were locations determined to be of spiritual significance. Such locations included mountains, Ayers Rock in Australia, Central Park in New York, etc. It’s a good thing this guy was a respected professor and actually taught at Princeton and UC Davis.

10. The Rebbe – Considered one of the most important Jewish leaders of all time, Russian Rabbi Menachem Mendel Schneerson was so respected that he won the Congressional Gold Medal and had a holiday on his birthday: Education Day USA. This highly revered man, who was close with some of the most powerful people on the planet, predicted that on September 9th of 1991, the Jewish Messiah would return and the world as we knew it would come to an end.

Okay. So, maybe this one isn’t so much hilarious as it is terrifying.

11. The Planetary Activation Organization – Sheldan Nidle founded the Planetary Activation Organization, which believed that 10,000 aliens would come down to Earth in 1997 and, rather than ending the world completely, they would change it for the better over the course of about fifteen years, and only end the world as we knew it. Sheldan’s still out there, selling his “galactic” books and claiming we’re all barreling towards some celestial meeting with our “galactic brothers and sisters”. You can check out the PAO website here but be forewarned, only a strong mind can read what is written there and not succumb to the urge to suddenly devote one’s life to this cult. Please, have tin foil hat readied.

Oh, and in case you needed more, fret not, friend. Sheldy-poo has a Youtube Channel:

12. God is Taiwanese – In March of 1998, Hon-Ming Chen had predicted that God would appear on every American’s television set. Apparently, God had a brunch date with Earth and was said to be arriving at precisely 10 am and he would look just like Hon-Ming Chen. Chen, the founder of the True Way Cult, had predicted before that an American Jesus would come forward and look just like Abe Lincoln. The cult also claimed to have two children amongst them who were the reincarnations of Jesus and the Buddha. Later, another prophecy foretold the arrival of God in a “God plane” in 1991 to rescue only the members of the cult, after a nuclear war between Taiwan and China wiped out most of Earth.

13. Ra-Ra-Rasputin, Lover of the Russian Queen – Rasputin, well known for his role as healer, general doer of things, spiritual guide and die-hard in the last Tsar’s life, had his own end of the world prediction. This man’s God-given abilities to heal haemophilia, control the monarchy like puppets, peel panties and to have an immunity to death, are not all he could do, it appears. He claimed to have been privy to the info that on August 23rd, 2013, a storm would rage ending all life on Earth and prompting Jesus’ return. Considering they didn’t find Rasputin’s charge, the little haemophiliac Alexei’s body until 2007 after it was exposed to firing squad like the rest of his family, many thought the boy had survived and Rasputin really could heal the Tsarevich’s bleeding issues. But still. No Jeeby last year.

14. Four Blood Moons – Four blood moons between 2014 and 2015 have indicated to Christian leaders such as John Hagee and Mark Biltz that the end times are upon us. They insist that these celestial events match up with Bible predictions of Armageddon. Hagee wrote a book about it which, terrifyingly, sat on many Bestsellers lists for hundreds of days, including the New York Times and Amazon. The predictions have been covered in the Washington Post and USA Today, because it just simply would not be American media without fear mongering. Luckily, the vast majority of Christians think these guys are full of lunar dust.

Did I miss a particularly amusing end of the world prediction? Do you have a favourite apocalypse prediction story? Let me know in the comments! 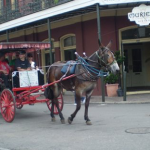 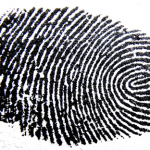 June 28, 2018 You May Be Surprised Just How Much Woo And Quackery Is Used In Your Criminal Justice System
Recent Comments
23 Comments | Leave a Comment
Browse Our Archives
Follow Us!