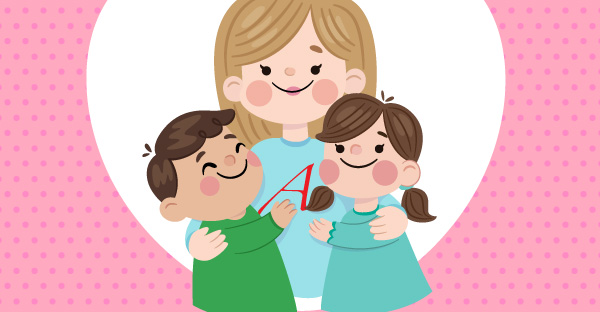 Almost daily, I get comments on my Instagram posts or replies to my tweets that I’m doing some sort of disservice to my kids for raising them without religion. Y’all know me, I don’t give two bleeps what anonymous internet users think of me, but I’d like to destroy this sentiment anyway. Let’s be honest, some of the voodoo woo woo horsebuggery that religious moms feed their kids is what is truly detrimental to a growing mind. It ought to be pointed out that I recognize not all religious moms are the same. Some (I’d even suggest most) are wonderful and accepting and truly do a great job with their kids. Others, well, others seem to take that book of theirs too seriously and do or say things to their kids that no atheist mom ever would. Not a single, hellbound one of us.

With that in mind, here are nine ways atheist moms differ from religious moms:

1. We would never refer to our children as sinners. Certainly not for being a normal human being. If you think it’s romantic to see yourself as broken and in need of saving, that’s on you, Bible buddy, but keep it to your damned self. Don’t infect your kids with that BS. As atheist parents, there is nothing our children could do to make us see them as sinners because we don’t believe in sin. Calling a child a sinner is something only really awful moms would do. It’s demeaning, dehumanizing and abusive. While I recognize that not all religious moms would do this, there are zero atheist moms who would.

2. We would never tell our children that some people go to a place after death to be tortured and burned for eternity. For a child, hearing from the adults they trust about such a place, is absolute terrorism. Even if they’re not picturing people they love there, you’re planting images of humans being treated like trash; images of extreme pain and fear; images of flesh melting away from bones; images that will haunt them for their entire lives. An atheist mother would never tell their child that hell is a real place, where real people are sent to live in anguish for eternity and I hope any mother who does has to clean up extra poopy pants from her scared crapless kids. Poop messy and hard, kids. Do it often. Your mom needs some humbling.

3. We would never tell our children that if they engage in certain behaviours, that they too, may end up in hell. We don’t need to terrorize our children into fearing their own human nature. We don’t need to cripple them with the dread of making mistakes. We embrace their mistakes, we embrace their nature and we would never, ever use the threat of eternal torture to get the behaviour we want out of them. We might threaten to take the iPad away, but we would never threaten them with burning forever. That sort of lazy parenting is reserved for those who think women are just man-ribs and Jeeby is coming, albeit late, to save us all from him.

4. We would never tell our children that the wafer they are eating is the flesh of a man who died 2000 years prior. You see, some of us think cannibalism is not just a bad thing, but possibly the worst thing. Some of us want to instil a good sense of morality, of compassion and concern for our fellow human beings. Some of us want to instil a respect for life in our kids and not teach them that man-flesh is just another option to throw on the barbecue. Some of us -and this may be the biggest shock- try to teach our kids that biting is not cool. You know, every once in awhile in a school cafeteria in the deep south, some kid loses control and stabs another kid with a fork, and the mom is all, “I don’t know what possessed him to do that!”. That’s claptrap, honey pants. He’s stabbing kids with his fork because you told him to eat people. You go to cannibalism meetings and line up to eat flesh and drink blood. “I don’t know where he got that idea!”. You, saggy knockers. He got it from you.

5. We would never tell our kids that they are being watched by an invisible man who casts judgement on their behaviour. Mostly because we have enough respect for our kids not to try and sell them on something so heinously ludicrous. Also because the idea of someone watching and judging their every move is a terrifying thing for kids. This is a great way to make your children fear trying new things, or make them afraid 0f going to new places, or lower their chances of growing into a well-rounded adult. I think moms who tell their kids this should have to be put in zoos, because you’re goddamned animals.

6. We would never decorate our homes with execution methods or give our children jewelry with torture devices on them. We feel extreme unease letting our kids go to places that seem to think this is okay. Hanging bloody corpses on the walls of your home makes it about as wholesome as a porno directed by Quentin Tarantino. You wouldn’t put a guillotine on your wall, nor an electric chair. You wouldn’t decorate with a syringe used for lethal injection or photos of firing squads. I’m fairly certain you wouldn’t erect a gallows in your backyard. So, why just this one execution method? Why is this somehow better than the rest, and perfectly fine to expose your children to on a daily basis?

7. We would never lead our children to believe that if they wish in just the right way, an all-powerful being may grant that wish, despite billions of people wishing daily for the very basic necessities of life. No, your kid wants a remote control BB8 with sound effects. Sorry Africa, you’ll have to starve another day.

8. We would never tell our kids that illnesses of any sort can be cured by a magic man, so long as you say the right prayers just enough to please him. No, we want our kids to grow up understanding that their best chance to beat an illness is to see their doctor. Why? I guess we just want our kids to live long, healthy lives. Call us crazy…

9. We absolutely would never insist to our children that an invisible man in the sky is more important than family. Not all religious moms are like this, but some put God before family and make no qualms telling their babies this. Nevermind that their kids are real, observable and demonstrably so, or that their kids are the ones who will bring them great joy throughout their lives, or that their kids may be all they have to rely on in old age. Nevermind any of this, because they have this special book they know is true because their special book says so. Can you feel it? Can you feel the circular reasoning? Cannagitta r’amen?

I’m inclined to believe that these things all harm children and stop them from becoming healthy, intelligent thinkers who can take care of themselves. If you still need to believe, though, that not doing any of these things to my kid means I’m doing a disservice to them, then so be it. It’s not like adding one more delusion to your already lengthy list of delusions is really going to make a difference. Think of me what you wish, but I know, without these parenting techniques, I’m doing a better job than many.

Cheers to all the unbelieving moms out there teaching their kids reason and critical thought, and to all the religious moms who, in spite of their holy texts and faith in god, treat their kids with the respect they deserve. 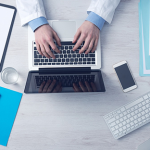 July 12, 2018
Thanks, Doc: When Laymen Know Better Than Professionals
Next Post 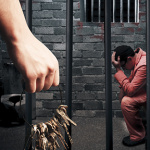 July 24, 2018 Why Do We Place So Much Stock In Jailhouse Snitches?
Recent Comments
32 Comments | Leave a Comment
Browse Our Archives
Follow Us!