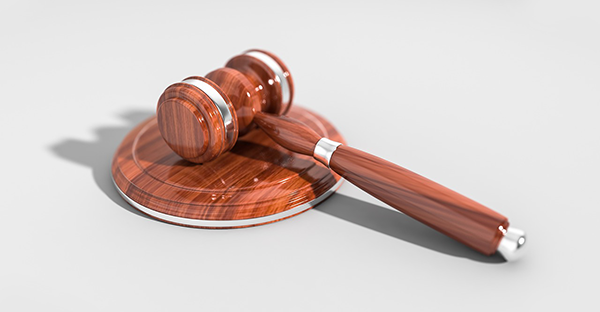 It almost sounds like a slapstick comedy script. A defendant is on trial for a capital offence and faces the death penalty. His lawyer decides the trial is a great time to catch up on some sleep. Maybe the defense attorney is really hungover or was up all night playing Call of Duty. In any case, he’s tired and the entire courtroom can hear him snoring. You can picture Zack Galifianakis or Will Ferrell playing the incompetent lawyer. Maybe Eminem is the defendant. It would make a pretty funny movie, right? I’d get a chuckle or two out of it. The sad thing though, is that it’s true. It’s not only happened once or twice. This unbelievable scene is common.

Inadequate counsel is a real thing and it’s the subject of the latest in my series on wrongful convictions and the causes that lead to them. The series is called Reasonable Doubt and you can read other parts here:

It’s no secret that the American public defense system is poorly funded. It’s also not a shock to learn that funding is shrinking all the time. So it shouldn’t really be a shock to find out the public defense lawyers are so terribly awful. It should come as no surprise to find out that lawyers sleep through trials or show up to court still half cut with a flask of Wild Turkey under their coat.

Defense counsel incompetence ranges from simple laziness to criminal misconduct and on any given day, a drunk, sleeping, high or lazy lawyer could be “defending” a human being facing the death penalty in the USA. That’s like giving a gun to a toddler and hoping everything turns out okay.

Take for example the case of Gary Graham, who was executed in 2000 for murder in the state of Texas. The lawyer appointed to him during his trial, Ron Mock, also a serial bar owner, performed no investigation on behalf of his client. Staying true to his reputation for defending capital cases unsuccessfully (19 lost, 10 already executed), Mock failed to defend his client against whom the one piece of evidence was an eyewitness who claimed to have seen the killer for a couple seconds from inside her car. Two other witnesses came forward saying they saw the killer and it was not Gary Graham. Their testimony was not admitted in court. He was 17 when he faced charges and put his trust in Ron Mock. Did an innocent man die at the hands of the state here? Very, very possibly.

How about the case of Calvin Burdine, a gay man, whose lawyer routinely slept through court? Not only was it a snoozefest, but when the entire trial was peppered with hateful, homophobic comments, to which Joe Frank Cannon, Burdine’s lawyer, failed to object. When the jury faced the decision of sending Burdine to prison or death row, the prosecution actually said that imprisonment was a less severe punishment for homosexuals than it was for heterosexuals.  Why? Because homosexuals like prison. He actually insinuated that they like it. Mr. Cannon, of course, found no problem with the prosecution saying this. Most likely because he was literally asleep. That’s right, Burdine’s lawyer actually slept through parts of his trial.

After Burdine spent 15 years in prison, the ACLU came to his aid, citing hate speech and inadequate counsel in their argument that the man did not receive a fair trial. His sentence was overturned and, in exchange for pleading guilty, he is no longer on death row.

There’s also the capital case of George McFarland, who received the death penalty after his lawyer slept through large portions of his trial. He prepared nothing for the case, no interviews, no investigation, no nothing. He just showed up to court, and went to bed.

In 2014, the state of Georgia killed a man by lethal injection. He was convicted in 1997 of murdering a deputy. His name was Robert Wayne Holsey and he had an IQ of around 70, which is considered disabled. His defense lawyer drank a quart of vodka every day during his trial. The lawyer, Andy Prince, had burned through near $100,000 of another client’s estate, owed another $50,000 and routinely showed up to the emergency room with near-death intoxication levels asking to be detoxed and then checking himself out against doctor’s orders. This man was supposed to defend a mentally challenged human being from getting the death penalty. He failed miserably and Robert Holsey, a mentally challenged man, was killed in December 2014. A wholly immoral act that your tax dollars paid for.

Because this happens in the public defense system it mainly affects the poor who also happen to be minorities more often than not.

This is a direct and inexcusable violation of the 6th amendment:

In all criminal prosecutions, the accused shall enjoy the right to a speedy and public trial, by an impartial jury of the State and district wherein the crime shall have been committed, which district shall have been previously ascertained by law, and to be informed of the nature and cause of the accusation; to be confronted with the witnesses against him; to have compulsory process for obtaining witnesses in his favor, and to have the Assistance of Counsel for his defence.

Take away a man’s gun, and you’ll have crowds of people speaking up in protest. Deny a man his right to free speech, and the story will echo around the world. But take a man’s right to a fair trial, every bit a constitutional right as free speech and the right to bear arms, and hardly a single person speaks up. Why? Why is it more important for Americans to have their guns and free speech than it is to have a fair trial even in capital cases?

Ask yourself this question: If you were ever on trial for a horrible crime you didn’t commit, would you have the money to hire adequate counsel? Or would you likely be assigned a drunk, napping lawyer?

This is part 5 of a series called Reasonable Doubt. Read the other parts here:

Subscribe to be notified when the next in this series comes out by using the email form in the sidebar or by following me on Twitter: @godless_mom. 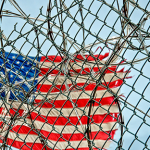 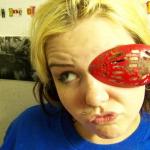