Why Do We Place So Much Stock In Jailhouse Snitches? 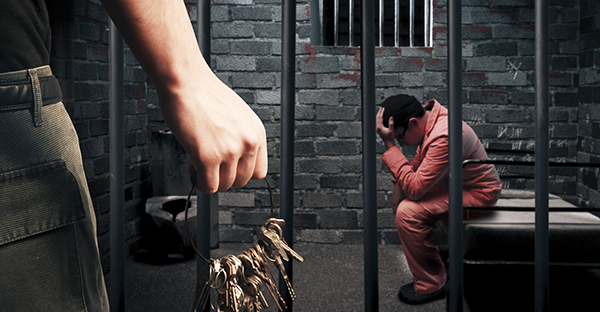 While many of the causes of wrongful convictions are surprising and sometimes even shocking, none are so much so to me as jailhouse snitches. This also happens to be the topic of this part, part six, in my series on wrongful convictions called Reasonable Doubt. You can read other parts here:

I mean, what crack do you have to be smoking to think that a man who may have his sentence significantly reduced or eliminated altogether when he points the finger at someone else is telling the truth? The fact is, jailhouse snitches have nothing to lose and everything to gain, and as we found out when we covered false confessions, people say things that aren’t true as a perceived way of getting out of the situation at hand. For a lawyer, a judge or a jury to take the testimony of a jailhouse snitch seriously is truly bizarre to me. I could have told you when I was 5, this is the least trustworthy testimony of all the types of testimony that pass through a courthouse. I’d go so far as to estimate that not one single informant who stood to gain a reduced sentence, has ever been telling the truth. Ever.

So, why is this type of testimony admissible as evidence in a court of law? You’ve got me. My best guess is that police, prosecutors and other public figures involved in law enforcement face intense amounts of pressure to “make someone pay” for crimes that are committed. One of the reasons I decided to write this reasonable doubt series of blog posts, is because we live in a culture of anger, revenge and perceived justice. When a crime is committed, we don’t ever, under any circumstances, think about it rationally. Instead, we foam at the mouth and chase after random people with pitchforks and torches. When a crime is committed, the collective outrage is hard to ignore. Law enforcement often find themselves at the centre of a perfect storm, with the public chastising them for not doing their jobs, their superiors pressuring them to find the perpetrator, their organization reducing funding and scaling back resources, the media shoving cameras and microphones in their faces demanding answers. These people of law enforcement, it needs to be noted, are people who see, study and immerse themselves in some of the most heinous acts a human can commit. They see things on a regular basis that would completely unravel the average human being. They are, themselves, just as – if not more – upset and disturbed by the crimes as the public and they want to see someone pay just as badly. This culture lends itself so easily to authorities and prosecutors pinning crimes on anyone they can build a case against just to see some closure. They need to feel like they’ve done their job, not just to their own satisfaction, but to yours as well. It is this culture that makes a jailhouse snitch a godsend. The pressure that would be instantly alleviated the moment a detective or prosecutor heard there was a man who was willing to pinpoint a suspect on the stand must be enormous… and you can hardly blame him or her for feeling that way.

In 1989, the state of California launched a grand jury investigation into 220 cases, 30 of which ended up in a capital conviction, in which jailhouse snitches had testified. This investigation was prompted by serial snitch, Leslie Vernon White, who testified against countless suspects after he admitted he lied in a number of cases and demonstrated how he could make prosecutors believe that another inmate had confessed to him. Thirty men sat on death row, facing the executioner, because a man whose favourite phrases were, “Don’t do the time, drop a dime” or “Don’t go to the pen, send a friend”, testified that they had confessed to him.

Now, I don’t know about you, but for me, somewhere between his first testimony and his 30th, I’d have gotten a little suspicious. Either these prosecutors are extraordinarily stupid and gullible, beyond levels ever seen before in history, or they knew exactly what they were doing.

An astonishing 46% of wrongful convictions in capital cases alone are caused by jailhouse snitch testimony. To be clear, based on the testimony of a man who’s proven himself to be dishonest before and who had nothing to lose and everything to gain by lying, not only do the defendants in these cases face being killed by the state in front of an audience for a crime they likely did not commit, but the executioner, the correctional officers, the prison medical staff will all be required to ceremonially slaughter this man. The state will also pay for it, as well as the lengthy and costly appeals process that comes with every capital case. Plus, to top it all off, the true offender remains at large, potentially killing more people. So, not only does trusting a man who is more than likely lying lead to the death of an innocent person, but it can also lead to crippling PTSD for prison staff, a brand new family and loved ones grieving a loss, funds that could be better spent on crime prevention and law enforcement are literally haemorrhaging out of the courthouse, and a killer is still likely on the loose, creating more victims, more grieving families, and more court cases in which this very same scenario could play out.

Is this really what we want from a justice system? Is this really justice? Or is it just an elaborate method to placate our anger after a crime has been committed?

Take, for example, the case of Juan Melendez. A Puerto Rican migrant worker who spent seventeen years on death row in Florida after an informant pointed the finger at him for murder. The informant walked away with $5000 and Juan endured his trial not understanding any of it, as he barely spoke English. He was exonerated in 2002 after it was made public that the prosecutors had been in possession of a taped confession from another man, stating Juan had nothing to do with the crime.

Or that of Joseph O’Dell, who was executed in 1997 for the rape and murder of a Virginia woman. O’Dell was denied DNA testing that could have exonerated him, after his former cellmate, who testified against him in court in hopes of a reduced sentence, came clean and said he fabricated his testimony. Joseph died of a lethal injection on July 23, 1997 at 9:06 pm.

Anthony Graves was sent to death row by a convicted murderer who pointed the finger at Graves as his accomplice. Anthony sat on Texas death row, the most lethal of all the death rows, for 18 years awaiting death based solely on the testimony of a man already convicted for multiple murdrers. Luckily, he was freed and now spends his time working for the Texas Coalition Against the Death Penalty.

These are just 3 cases in a pile that seems to go on forever. Informant testimony is still admissible in court all over the USA, even though everyone’s common sense knows a jailhouse snitch cannot be trusted. The only time snitch testimony has ever been scrutinized, is when the public gets a whiff of men like Leslie Vernon White.

Snitch testimony should be regarded as nothing short of a joke. Under no circumstances should it ever be heard by a jury and the fact that it is with such great consistency is terrifying. If you’re an American male, the odds of you heading to prison at some time in your life are 1 in 11. With those numbers, I’d go to bed tonight hoping you’ve never crossed paths with a man who might want out of the joint and has your name fresh in his memory. In America, all he has to do is drop that dime, and you’re done.

So, what to do about it? Vote wisely. Don’t contribute to the lynch mob mentality when a crime is committed. Anger is normal and natural when something unforgivable is committed, but that anger needs to stay far away from the courthouse, or new victims will be created. “Making someone pay” should not be end goal of the justice system. That goal should be to prevent more people from becoming the victims of crime. Jailhouse snitches certainly aren’t helping us reach that end.

This is part 6 of a series called Reasonable Doubt. Read the other parts here:

There are two more instalments of this series. In the second to last one, I am going to cover men and women who have been executed but who have more than reasonable doubt in their cases, and could possibly be innocent and in the last, I will recap the entire series. Stay tuned by subscribing to my blog via email using the form in the sidebar or follow me on Twitter: @godless_mom 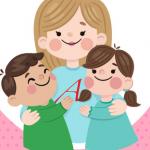 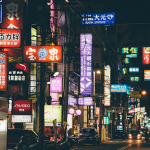 July 25, 2018 On Having Been White For Forty-One Years
Recent Comments
4 Comments | Leave a Comment
Browse Our Archives
Follow Us!