In 1999, in the state of Illinois, death row inmate Anthony Porter won a stay of execution just two days before he was to be put to death. The stay was based on a claim by his defense lawyers that Porter was mentally challenged. In subsequent months, evidence surfaced that was used to prove his innocence, and he was released. A short time later, another man confessed to the crimes for which Porter spent fifteen years on death row, and for which he as two days away from execution.

The Governor of Illinois, George Ryan, had heard enough. Sleepless nights began to be the norm for Ryan, as he came to the realization that since the reinstatement of the death penalty in 1977, more death row inmates had been exonerated, had their sentences commuted and been released than had been executed. The justice system was getting it wrong more than half of the time… that they were aware of. How many of the executed were innocent, too?

Innocent men and women who have been executed is the topic in the latest instalment in my series on wrongful convictions called Reasonable Doubt. Other instalments:

Ryan, in an astonishing act of bravery and human compassion, declared a moratorium on the death penalty in the state of Illinois while the flawed system was studied. 3 years later, as he left office, he commuted the sentences of all those facing death in Illinois, explaining,

We’ve covered a lot of stats here in this series, but the one I keep coming back to is how many cases the Innocence Project is investigating at one time. In their own words, they are looking into 6,000-8,000 at any given time. Taking into account George Ryan’s admission that more than 50% of the capital cases in Illinois turned out to be wrongful convictions, you’d have to be one seriously gullible fool to still think that every man or woman executed in the history of the United States was as guilty as the justice system said they were.

Cameron Todd Willingham escaped a fire in his family home on December 23rd, 1991. His wife was out shopping and his 3 daughters perished in the fire. Investigators quickly decided that the fire had been arson, based on burn patterns and how glass and other components of the home had been damaged by the heat. Taking a large leap, they pointed the finger at Willingham, saying he started the fire to cover up abuse of the children. Abuse for which there exists not a single shred of evidence.

Willingham was sentenced to death, in spite of the fact that his wife testified that the children were spoiled, cared for deeply, missed and that Cameron would never have harmed them.

Willingham never backed down from asserting he was innocent. He fought the system tooth and nail to have his appeals heard, but to no avail. In 2004, a month before Willingham was to be put to death, a scientist and fire investigator reviewed the evidence and came to the conclusion that there was no evidence of arson at all. Another report by a scientist for the Texas Forensic Science Commission said that the original investigators had “ignored the scientific method” and made assumptions based on “folklore” and “myths”. His conclusion also, was that there was little evidence to assume the fire had been arson.

A jailhouse snitch who testified that Willingham had confessed to the crime in prison, was also clearly mentally unstable, recanting and then recanting the recantation of his testimony, and being overheard saying, “The statute of limitations has run out on perjury, right?”.

Cameron Todd Willingham was denied his appeals, even after the reports from multiple scientists found their way onto Governor Rick Perry’s desk. He was executed on February 17th, 2004.

Since his execution, Webb was discovered to have said in an interview, which was taped, that he lied on the witness stand in exchange for a reduced sentence and monetary compensation promised him from a wealthy civilian.

In 2009, the state of Texas ordered a review of the case, and found that the “finding of arson could not be sustained”. In the years since a total of 5 of the country’s top fire investigators and scientists reviewed the evidence and came up with the very same conclusion. It was not arson, they said. It was just a fire.

A father, who, by the admission of his wife, loved and spoiled his daughters, was unable to grieve for them as he fought to save his own life. He was murdered, as Rick Perry sat in his office with the reports right there on his desk from experts and scientists saying there had been no crime. It was premeditated, cold-blooded and heinous. An innocent, grieving father. Slaughtered.

Troy Davis was convicted and sentenced to death for the murder of a police officer in 1989. The only evidence against Troy was the testimony of 9 primary witnesses. In the years leading up to Troy’s execution date, 7 of the 9 witnesses recanted their testimony, some saying they had been coerced by law enforcement. Some of them even pointed to another man as the murderer, Sylvester Coles, who eventually confessed to the murder to 3 separate people who signed affidavits saying as such.

No other evidence linked Davis to the crime. Not even the murder weapon was recovered. Davis was executed on September 21, 2011 even after Amnesty International, the Pope, former president Jimmy Carter, Reverend Al Sharpton, R.E.M.’s Michael Stipe, Outkast’s Big Boi, The B52s, Joan Baez, Steve Earle, Tim Roth, Cee-Lo Green, John Legend, Russell Simmons, Harry Belafonte, Susan Sarandon and Mia Farrow and millions around the world all spoke up in support of a stay that never came.

Claude Jones was sentenced to death for the murder of a shopkeeper during a robbery. The sole piece of evidence that linked him to the crime was a strand of hair found at the scene.

Jones was executed in 2000 and afterwards, a DNA test revealed the hair did not belong to Jones at all.

Charged with shooting and killing a man outside of a grocery store, Bobby Graham was sentenced to death based on the testimony of one witness. The only evidence in the entire case that pointed to Graham, was the testimony of Bernadine Skillern, who admitted to only having caught a glimpse of the African-American man through her car window from 30-40 feet away. The testimonies of two other witnesses who claimed they saw the attacker clearly, and that it was not Bobby Graham, were not heard in court. Three of the jurors have since signed affidavits admitting that had they been made aware of those two witnesses’ testimonies, they would have found Graham not guilty.

Leo Jones, sentenced to death for the murder of a police officer, confessed to the crime after several hours of interrogation. He later recanted his confession claiming that he had been coerced. The police officers in charge of the interrogation have since been dismissed for unethical behaviour which included the use of torture in interrogations. Several witnesses have claimed that another man was guilty of the crime Leo Jones was on death row for.

This is just a smattering, a tiny handful of the cases in which a defendant has been executed while serious doubts about their guilt existed or were brought to light afterwards. There are many more… so, so many more.

I have spent months at a time on campaigns trying to get the world to hear a claim of innocence and sat up on many nights of execution only to dissolve into a puddle of sobs when the announcement is made.

Your country is killing innocent people, of that there is no doubt at all. Your justice system is slaughtering them in an effort to satiate their foaming-mouthed, red-eyed anger. Men and women who have families, and significant others and dreams, jobs, skills, ambition, pets. Normal, good people like you and me, just caught in the wrong place at the wrong time. Your justice system is not only destroying their lives and their loved ones’ lives but those of the future victims of the real perpetrators who remain, most of the time, at large. Your justice system keeps killing and killing and killing and the most absurd part of it all is that it’s being done to teach people that killing is wrong. Has there been, anywhere, ever, an example of more foolish and unreasonable behaviour?

Governor Ryan described it as “tinkering with the machinery of death.” An old, white politician saw so many innocent men and women being released from death row, that he knew there was absolutely no way that every execution was that of a guilty person. To believe that capital punishment works, you’d have to have thick, impenetrable blinders on. Capital punishment is for the poor, it’s for minorities, it’s for the mentally ill and uneducated. Any reasonable, logical person can see, it is not, and has never been, for killers.

This is part 7 of a series called Reasonable Doubt. Other parts:

There is one more instalment of this series. Stay tuned by subscribing to my blog using the form in the sidebar of by following me on Twitter: @godless_mom 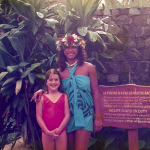 August 1, 2018
Atheist Life Hacks: How To Make Friends With A Purple Octopus
Next Post 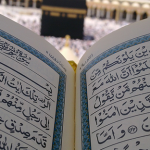 August 7, 2018 In The Face of Saudi Sanctions, I Stand With My Canadian Foreign Ministry
Recent Comments
10 Comments | Leave a Comment
Browse Our Archives
Follow Us!