12 Times I Felt The Christian Love

Content warning: This post contains screenshots of horrible, horrible language and words I would never use myself. If you find you are easily upset by language, perhaps click back and come back for my next post. I’ll love you just the same.

So, I have this folder on my Google drive. It’s full of screenshots of comments from religious folk over the years. These are the most noteworthy comments. They’re either hilariously funny, complete nonsense or they’re terribly rude. Often the rude ones come from Christians who are delivering said rude comments with a dumbfounding air of moral superiority. It always gets me giggling at the very least that while they want you to think they are morally above you, they cut you down. It’s almost as if they don’t understand that they are undermining their own argument. In any case, I thought I’d share some of the best comments from these “morally superior” Christians. Before we jump right in, though, a disclaimer: In no way is this post meant to imply that all Christians are this out of touch. I have, of course, met far more pleasant Christians in my time as GM than I have rude ones. That doesn’t stop this from being entertaining, though. So, here they are:

12 Times I Felt The Christian Love

1. That time a “loving” Christian, who clearly has “better” morality than I do, decided to use a word that should be erased from our vernacular all together because he didn’t like the fact that I don’t share his imaginary wish-granting friendo in the sky. 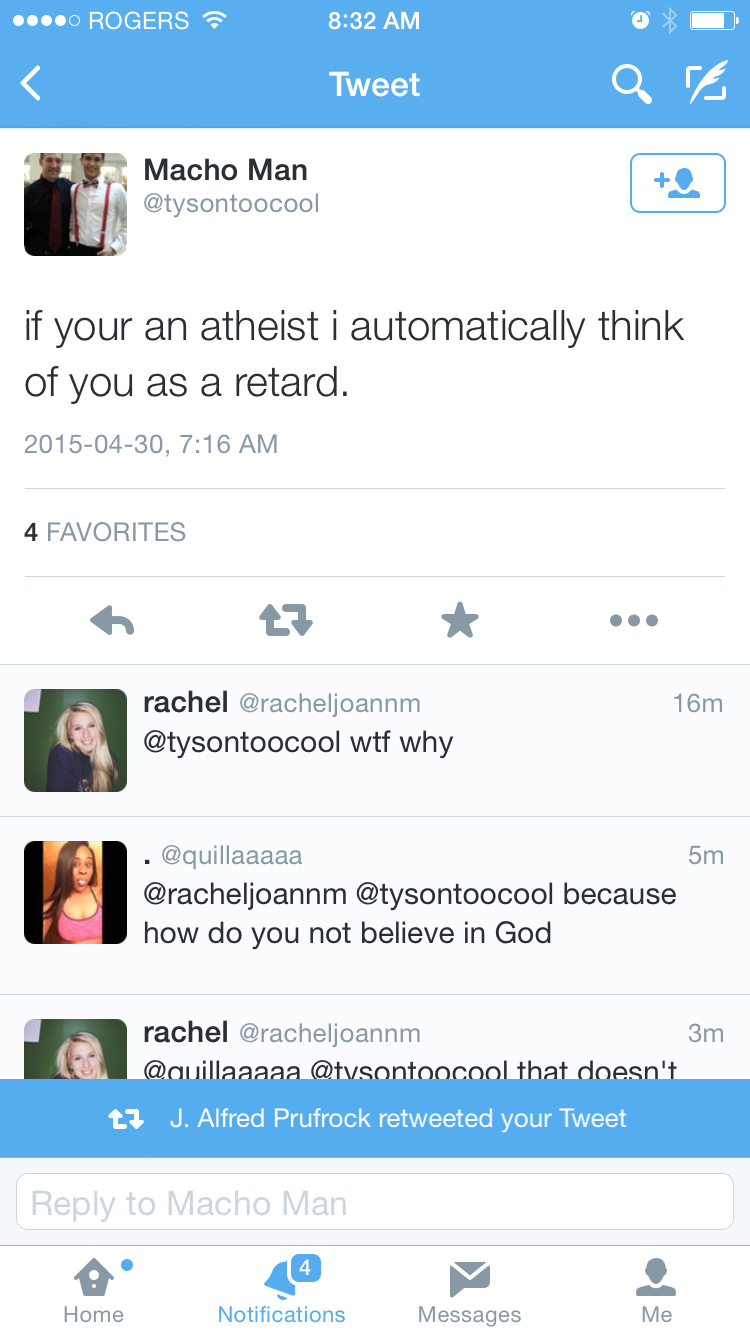 2. That time I was damned to hell on Vine steadily over the course of several months by various Christians, some of whom also wished me dead. Let me tell you, after reading these comments all I could think about was how loving Lord Jeeby must be if these are his followers! 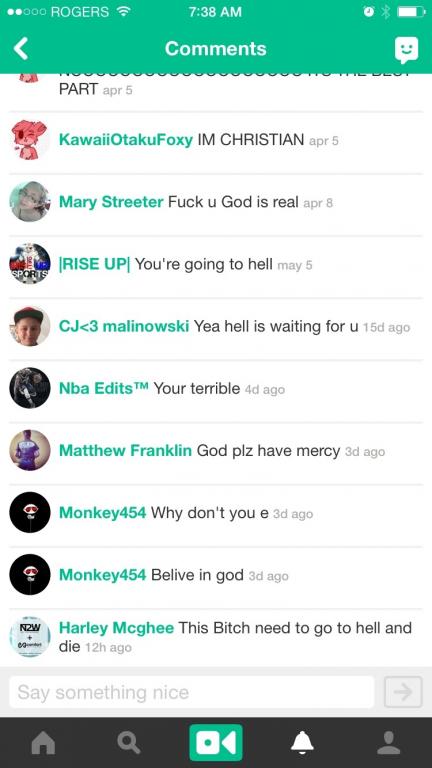 3. That time a Christian admitted that they loathe entire groups of people based merely on who they love and are attracted to, despite the fact that all parties involved are consenting adults. Tell me again how religion promotes love? 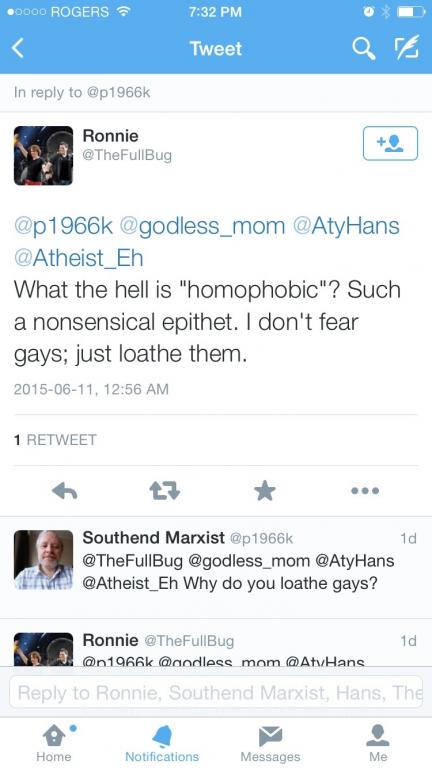 4. That time a Christian proudly boasted on Twitter about not tolerating artists who are atheist. Yes, that’s right, someone who would likely have you believe that their religion is one of love and tolerance feels some people ought to be excluded from that so long as they don’t whisper magical wishes before bedtime at night. 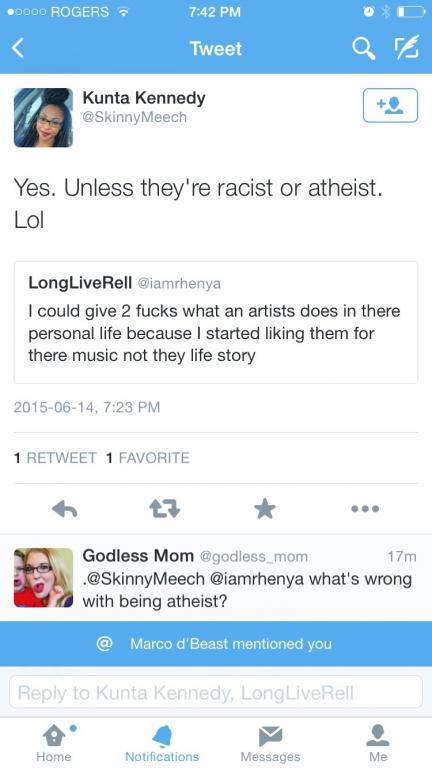 5. That time a Christian insisted that all pre-op trans women who use the women’s restroom are just there to peep booty. But Jesus still loves them, right? 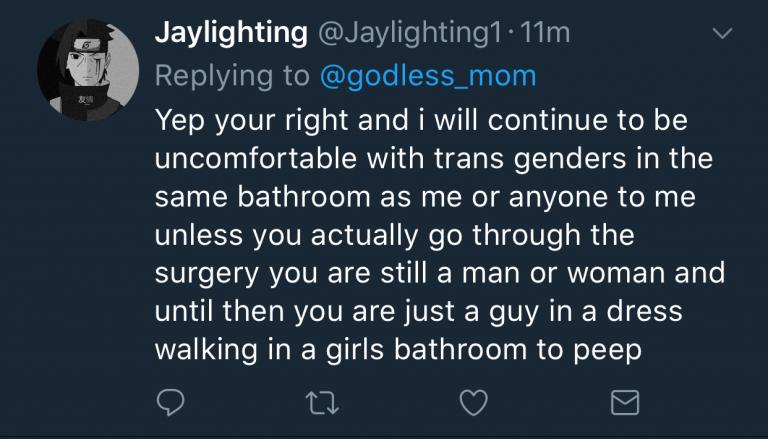 6. That time a godly dude insisted I was “spiritually ignorant” despite that phrase having no discernable meaning in the adult world.

7. There was also that one time, of course, when a Christian wished my children would die. I almost snapped on this occasion, however, I was able to take a minute and remind myself, GM, their religion is a literal death cult. You can’t blame them for going there, really. I calmed down and told the fella that I hope his kids live long, healthy lives and that he has a wonderful weekend, instead.

8. That time I was told I needed to be whipped because I don’t share the delusion that some magical man lords above us all, hand-picking the winner of Survivor and the recent Grand Final that should have gone to the Pies. My condolences, Oz. 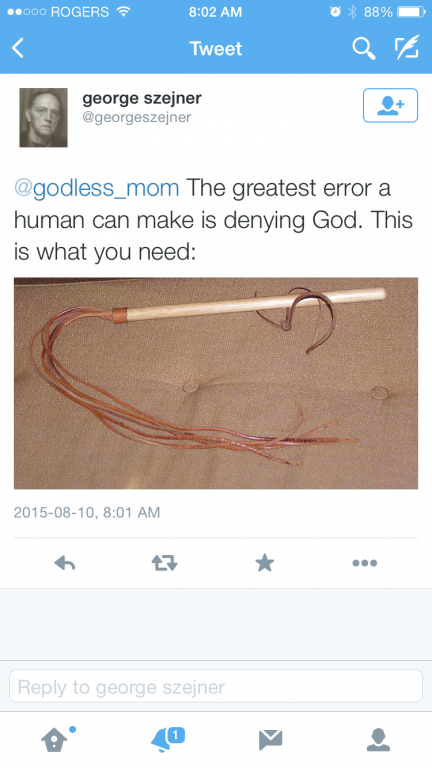 9. That time a Christian tried his precious darndest to insult me, and instead managed to tell me I look young. Now, that’s using your brain, George. 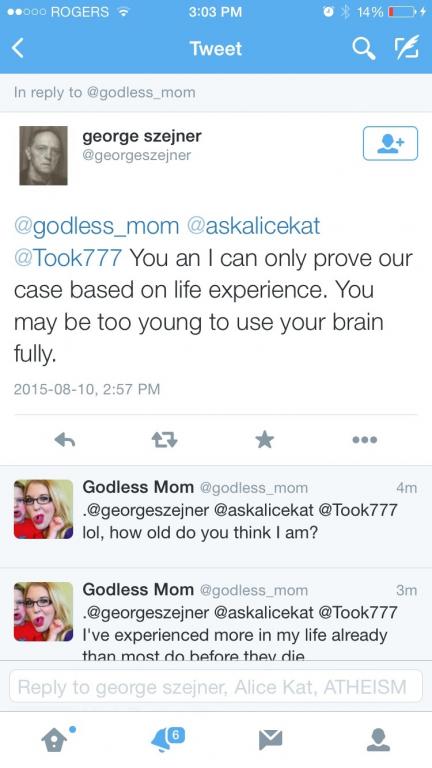 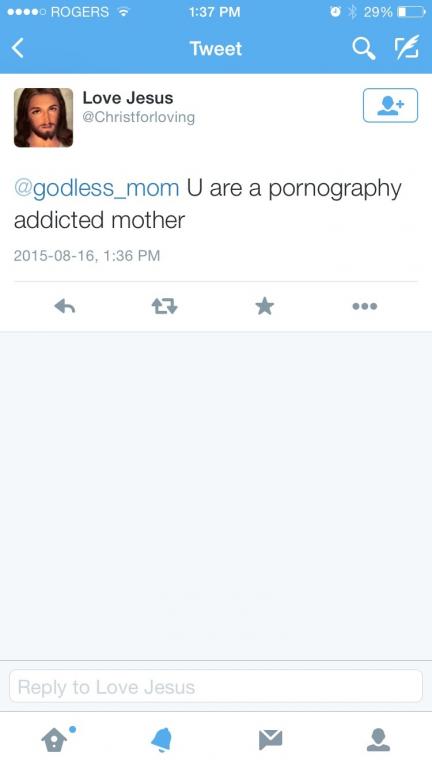 11. That time Christ-loving Mardy couldn’t keep it to herself that she was imagining atheists dying. Can’t really blame her though, she’s probably surrounded by graphic execution devices and imagines herself washed in Jeeby blood. When in a death cult… 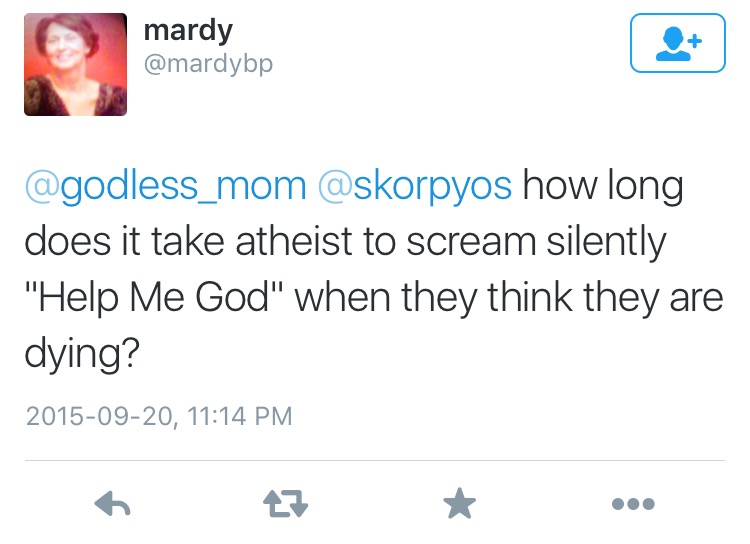 12. That time a Christian insisted I shouldn’t be allowed to have children because I don’t believe a missing body implies zombie unless I’m watching the Walking Dead. Yes, these are my beautiful, wonderful children. 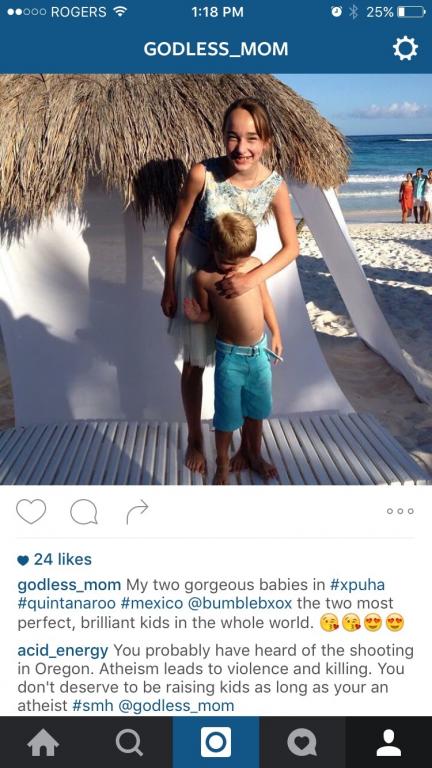 How would you respond to these remarks? Let me know in the comments! 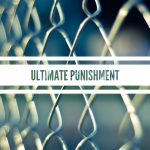 September 26, 2018
The Ultimate Punishment Part One: Introduction
Next Post 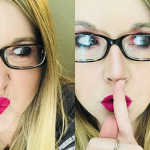 October 3, 2018 Ask Mommy: Have You Ever Even Tried To Believe?
Recent Comments
88 Comments | Leave a Comment
Browse Our Archives
get the latest from
Nonreligious
Sign up for our newsletter
POPULAR AT PATHEOS Nonreligious
1