If Atheists Took Over Churches, Synagogues, Mosques and Temples

I think it’s pretty obvious the end of religion is approaching. The backlash we get for having the nerve to be open and loud about not believing is kind of like the deagth throes. The louder they get, the more trouble we know they’re in. The backwards, superstitious beliefs are nothing more than a muddy arm desperately grabbing from a thick, sludgy pit of quicksand… and it’s about to go under.

The thing is, if religion does become obsolete, we’ll be left with a world covered in a pox of sacred buildings, having lost their original use. What would we do with all these newly freed up buildings? Well, kids, I have a few ideas.

1. Breweries. The average church is big enough to house a brewery and just think of the clever names we could come up with for the beer. Altar Ale, Sacristy Suds, Brown Bottle Baptism, The Stubby Bishop, Amber Prayer, Brewski in the Pewski, Devout Stout, The Immaculate Malt, Big Pop’s Hops, Holy Water… I could go on forever. Feel free to add your own in the comments.

2. Science labs for kids – Take your community church, throw in some safety precautions and a bunch of science equipment and turn it into a sort of boys and girls club for kids who love to learn. They can drop in, just like a YMCA or a community centre and engage with leaders in a lab, outside with telescopes, or in a garden. There could be a computer lab as well as a small library and volunteers willing to help kids with homework. It could be by donation, just like the Boys and Girls Clubs.

3. Marijuana Dispensaries – Churches and temples and the like are usually big enough to house a grow op. Package that stuff up, sell it to the heathens and watch them descend into an experience not unlike talking to God. It’s so similar to what churches already do, so why not?

4. Homeless Shelters – I bet we could find a place for every homeless man and woman in North America to sleep if we opened all the church doors to them overnight. Just think of it, an estimated 37 million churches all over the world, closed and sitting empty every night while men and women sleep under newspapers on park benches through brutal winters. Let ’em in, give ’em a blanket and forget there was ever such a thing as Biblical morality.

5. Planned Parenthood Locations – Nothing would make God vacate the premises faster than bucket of free condoms and a stack of pre-written scripts for the Plan B pill.

6. Bars – Rip out the pews, replace them with freakishly high tables and stools you need a boost to get onto (I would, at least) and sell drinks called The Bloody Virgin Mary, The Deacon’s Daiquiri and Sex in the Pew.

7. Tourist attractions – So many religious buildings are tourist attractions already, and I see no reason to change that. They are stunning works of art and should be kept in good condition so future generations can see what humanity is capable of.

8. Community Centers – Church has always been a good source of community. Keeping that tradition alive with secular services in these locations would be beneficial for those who need a sense of community.

9. Museums – When and if religion becomes obsolete, we will still need to remember the way we once were. Reopening churches as museums commemorating the superstitions we used to subscribe to would be endlessly eye-opening for future generations.

10. Wedding Halls – For old time’s sake, have your wedding in a church! We don’t care who you marry, as long as you pay the bill!

11. Community Theatre – A church would be an excellent place to promote the arts, teach children to act, dance, sing and play instruments and to provide the community with entertainment. I’ll look forward to the first production of the Birdcage at the Baptist Church down the street.

12. Strip Bar – Hire some gorgeous men and women to hop up on that altar and dry hump the cross like they’re Madonna on Drake’s lap. “Next up! Jigglin’ Jonah and his Whale’s Tail! After that, we have the ribtacular Eve and her apples! Watch out for that snake, Eve! ”

14. AirBnB – Replace the altar with bunks and the holy font with a hot plate and you’ve got yourself a great place to stay!

15. Indoor Playground – As a Canadian, I can deeply appreciate indoor options for our kiddos, especially in winter. Here’s a church that’s been converted to an indoor trampoline park in the Netherlands:

Any of these uses would be better than worship. What would you use a church for? Let me know in the comments!

GM is 25,000 words into her book rebutting the reasons people give to fear atheists. Chip in to the project here. 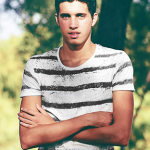 October 24, 2018
Ask Mommy: How Do I Help My Pre-Teen Examine His Religious Beliefs?
Next Post 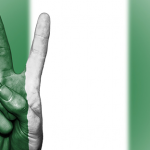 October 26, 2018 Guest Post: In Honor of the Girls Murdered by Boko Haram and the Hope for the Release of Those Remaining
Recent Comments
18 Comments | Leave a Comment
Browse Our Archives
Follow Us! 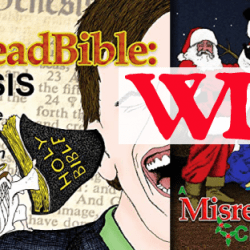 Nonreligious
The Winners of The MisreadBible Giveaway Are...
Godless Mom
TRENDING AT PATHEOS Nonreligious