Addressing Accusations That I Am A Deplorable Racist

Addressing Accusations That I Am A Deplorable Racist November 28, 2018 Courtney Heard 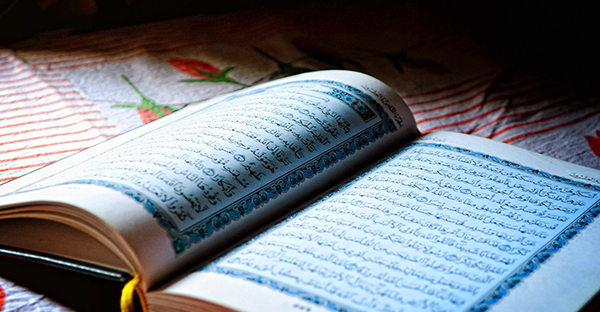 One day, I was thumbing a popular book when I was shocked to stumble across a specific passage. In it, it had been written clearly that women ought to be subservient to men and that men should not be afraid to give us a smack if we refuse to fall in line.

Naturally, I was horrified. I don’t expect my readers to agree with me on everything, but I would hope, at the very least, that this misogynistic assertion horrifies you, too.

As you can imagine, it didn’t take me long before I was outwardly critical of this text, being as it basically called for my enslavement and promoted corporal punishment, to which I am vehemently and vocally opposed.

I was astonished to discover that my criticisms of the abusive text were met with accusations that I was a racist. Some of these accusations actually came from feminists, too. I thought I’d stumbled into the Upside Down. Were these people for real? Calling me a racist because I don’t like the idea of such a popular book promoting the persecution of my own gender?

By now, most of you have pieced together that the book I’m talking about is, of course, the Quran. The surah in question, Quran 4:34:

“Men are in charge of women by [right of] what Allah has given one over the other and what they spend [for maintenance] from their wealth. So righteous women are devoutly obedient, guarding in [the husband’s] absence what Allah would have them guard. But those [wives] from whom you fear arrogance – [first] advise them; [then if they persist], forsake them in bed; and [finally], strike them. But if they obey you [once more], seek no means against them. Indeed, Allah is ever Exalted and Grand.”

There are, of course, other passages in this book that are of deeply questionable taste, but really, 4:34 is the only passage I need to share with you for you to understand why I object to the reverence of such a book. I’ve spent five years arguing with Islamic apologists about this surah, who defend it by saying that in some translations the word “strike” is not there. So, somehow, my objections to 4:34 are nullified because some of the book’s followers don’t see it as a commandment to hit women. The fact it clearly states that men are in charge of women… that’s okay, so long as they don’t hit us, right?

Another defense I get is that I’m reading the English translation and much is lost when you don’t read it in its original Arabic. Of course, this defense comes from apologists before they learn the fact I read through much of the Quran in Arabic with my Muslim ex-boyfriend, a native-Arabic speaking Kurdish Iraqi. Whom I adored, by the way, despite being the deplorable racist I am.

As I recall, when we arrived at 4:34, he said to me in his adorable broken English, his soulful brown eyes twinkling, “This part, I don’t like it. When we get married, I won’t hit you.” “Gee, thanks, Ramz.” I quickly responded, “and I’m already in charge of you.” He laughed.

It’s clear, and there’s no way to circumvent it, surah 4:34 calls for the enslavement of women. This alone is enough for me to be openly and vocally critical of Islam. I would expect the same from any decent human being who believes in equality, freedom and human rights. That’s why it’s so bizarre to me that, when I openly criticize this misogynistic doctrine, people call me a racist. Especially, when it’s a feminist delivering the accusation.

I’ve written a hundred times about the fact that I started all this godless blogging nonsense for fun, but I stick around because I quickly realized people need this. Each week, I get numerous emails from ex-Muslims across the globe who are in fear of losing their lives because they no longer believe. These people live in one of the 13 countries where apostasy is punishable by death, or they live in one of the dozens of countries where blasphemy is punishable with prison time. It wasn’t a few months into this wild ride that I was approached by a Nigerian ex-Muslim, asking for help in getting him released from a psychiatric hospital he’d been condemned to because he told his Muslim father he no longer believed. I busted my ass working to get Mubarak out of that hospital, catching the attention of all the major news sources around the world. His story fueled my fire. I felt so strongly that what happened to him was wrong and I never wanted it to happen to anyone else.

It did though. In the time since Mubarak got out of the hospital and has been making us all proud as a humanist activist in Nigeria, so many more ex-Muslim apostates have been beaten, murdered, jailed, shunned and disowned. I hear from them all the time. They are the main reason I keep doing what I do despite the fact I feel like I have said everything there is to say about being godless seventeen times over.

Here’s the thing, though: none of these ex-Muslims who move me to act changed their race when they left Islam. It’s important to really stop and think about this for a second. Get those cogs smoking, friends, really mull it over. If being outwardly opposed to Islam makes me a racist, then I shouldn’t care about the plight of ex-Muslims being as they’re the precise same race they were before they left Islam.

Racism is: prejudice, discrimination, or antagonism directed against someone of a different race based on the belief that one’s own race is superior.

Friends, I know what you’re thinking. You’re thinking, “yabut, you have to admit, there are people who are bigoted against Muslims.” and you’re absolutely right. There are. This is where nuance comes in. This is where our thinking has to dip below the surface and can’t necessarily be covered in a Big Bang Theory! or This Is Us episode. You’re going to need a ginseng tea and your thinking cap for this one.

People are not ideas.

Ideas are not people.

I am openly opposed to Islam. I don’t like it, as ought to be the case for any equality-supporting human. It’s an awful doctrine, full of hatred and violence and misogyny. I think it’s gross. You should, too.

I do not, however, oppose Muslims. A human being is not the sum total of what they believe, because a human being can change their opinions as is evidenced by the vast majority of the atheist community. Most of us you are ex-theists. Most of you changed your mind about this dearly held idea.

A human who identifies as a follower of Allah doesn’t necessarily follow every word of his or her Quran. A human being who identifies as a Muslim is just as likely to be a wonderful person as a member of any other belief system or lack thereof. A Muslim can be a great friend, a terrific partner, a friendly neighbour. The fact that someone is a Muslim doesn’t stop me from wanting to be friends; from wanting to connect and socialize and share with them or even from falling in love as I once did.

In fact, all data points to the knowledge that the preaching of inequality in the Quran and Hadith has led, most of all, to the oppression of Muslims, themselves. Do you know what this means? This means that if you truly gave half a damn for Muslims, you’d oppose the doctrine that most often leads to their suffering.

So, when people tell me I am either racist or bigoted because I openly criticize Islam, I ask them right back,

I am often reminded of Ben Affleck’s ridiculous outburst at Sam Harris on the Bill Mahr show. When Sam, who co-authored a book with his Muslim friend, referred to Islam as the motherlode of bad ideas, Ben, co-star of the Catholic critique film, Dogma, shouted,

What Ben was actually saying, and what others like him are actually saying, is that he believes, clearly, Catholics can cope with criticism of their belief system. We know this because Ben had zero objections to starring in the Kevin Smith hit with his life partner, Matt Damon. But lay down the same criticism towards Islam, and Benny says you’ve crossed a line, ergo, Benski does not believe Muslims have the same capacity to cope with criticism as Catholics do.

I have to admit, this sounds a bit racist. Bigoted, at least.

Barbaric ideas are barbaric ideas, no matter the skin colour of those who hold them dear. I do not like religions of any flavour, because they are full of barbaric ideas. They drag us down and turn us into dogmatic robots obeying without thought or question. 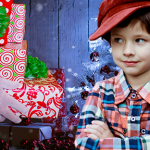 November 27, 2018
8 Reasons Kids Grow Out Of Santa But Not Jesus
Next Post 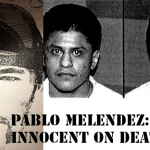 November 29, 2018 Pablo Melendez, Jr.: Atheist Innocent On Death Row?
Recent Comments
17 Comments | Leave a Comment
Browse Our Archives
get the latest from
Godless Mom
Sign up for our newsletter
POPULAR AT PATHEOS Nonreligious
1