The Fleshy Lusts Which War Against The Faithful Soul 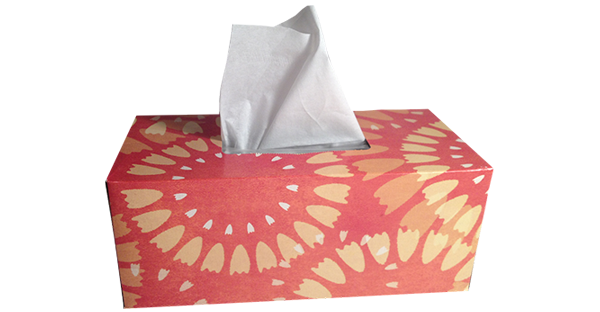 I had the pleasure, pardon the pun, of coming (sorry!) across this prolific pile of deuce a while ago. It gave me a good case of the snickers, and I thought I would run through some commentary on it with you all, so we can point and laugh together. Call it a bonding exercise. I love you jerks.

The title of the article is “Every Guy’s Struggle”. You might think that it’s going to be an article about colonoscopies or something that truly applies to every man, but no, it’s just another way for the author to talk about waxing his pole. You know Godless Mom ain’t turning away, now.

GM note: I think this is nonsense. Maybe it’s time this fella had a chat with his self-loving Daddy. I mean bio-dad, not magic-dad. I bet his house went through a lot of Kleenex. I bet Daddy had a TV in the basement. Mmmhmm.

Our little downstairs DJ says he would go back to the “secret channel” throughout the year and “adjust his set” if you know what I’m saying. This would inevitably be followed by intense guilt. Why? Because magical, enchanting goddamned god.

Here’s the thing about guilt. Guilt is a fine thing to have if you’ve hurt someone or caused damage to someone’s property or something that just generally messes with another person. It’s also perfectly fine to feel guilty about something you may have done to yourself too, within reason. But guilt, my friends, is a powerful tool of manipulation if someone else can make you feel it when it’s completely unnecessary. They control you.

Sir spanks-a-lot says that he spent every post-bob-diddling sesh, like this:

I agonized. I pleaded with God:

This is the point where Godless Mom stops chuckling for a moment and gets pissed right off. This is absolute child abuse. I flipping dare you to disagree with me.

“Here you go kid, here’s a magic stick that, when you touch it, will make you feel pleasure beyond anything you’ve ever experienced in your life before. It kinda pissed it’s way through your childhood, popping up here and there but that was about it. Now that you’re a teen, I’m going to add powerful feeling to it, and hormonal urges that are going to be impossible to ignore and that no fully-functioning man has ever resisted. But I want you to ignore them anyway, use it only for peeing. I know you’re just a teenager, but if you touch it, you will burn. You will disappoint the man who created 93 billion lightyears worth of crap, my idiot son and the fart spirit we share. Good luck.”

That’s like putting a pile of brand new toys in a 6-year-old’s room and saying, “if you touch them, we’ll beat your puppy”.

The solution to all of this guilt, happy hands says, is to pray to be more like Joseph who was able to withstand the advances of a woman demanding sex. Let’s face it though, thinkers, ham jammer is just using this as an excuse to imagine himself being begged by some woman for sex. Lest we forget, also, that Joseph was stuck in a loveless marriage with a woman who liked to bang ghosts.

In Bible group, other boys would let on that they had their own struggles. Of course, Godless Mom pictures a man literally struggling with his own giant, dominating, be-veined bazooka because I think in comics, but I digress. Of freaking course they struggle with how much to harass their own milkman. Even atheist men weigh the pros and cons of another tug vs. keeping their job or being late for a date or missing dinner with the parents. This is the state of being a dink-owner. It is the world’s best toy, and it’s there with you every second of every day. Resistance is an exercise in absolute futility.

Nevermind that, however, because tool time decided to start a squirt squad with his other biblically guilty meat beaters at church. That is to say, when their natural human urges inevitably became far too powerful to avoid any longer, and the bishop was predictably beaten, they would gather team-touch-a-lot and synchronize swords.

Another thing atheist men do a lot: talk about their dip sticks. Only atheists do it honestly and not under the guise of a supernatural support group.

The solution finally came when an adult sat down with the pickle posse. I’m assuming after he had them compare wands, he told them the answer is to “run towards god”. I imagine they are still running. One of my favourite quotes from Forrest Gump has always been,

We all know he’s not gonna find crap, and somewhere in a valley in Montana he’s gonna stop, turn to his followers and say, “I’m tired… I think I’ll go home now” and we’ll have another atheist in our midst.

Before he set out on his epic run though, sack slapper let us know two things. 1. He has not gained total control over his lustful feelings yet and 2. If us ladies could just not have tits, that’d help a great deal.

Well, eff you log flogger. Eff you and the baloney pony you rode in on. 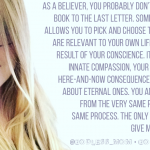 November 5, 2018
Ask Mommy: Where Do Godless Heathens Get Their Morality?
Next Post 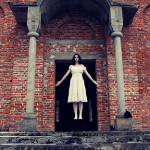 November 7, 2018 Ask Mommy: How Do You Know Your House Isn't Haunted?
Recent Comments
111 Comments | Leave a Comment
Browse Our Archives
Follow Us!