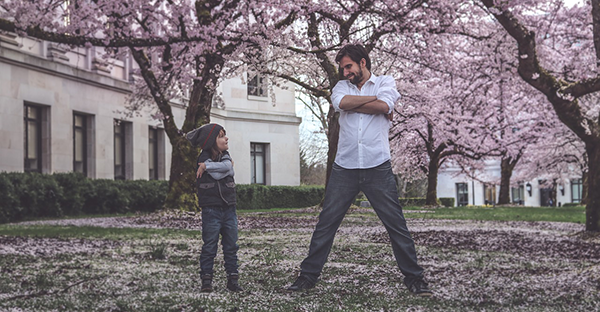 I woke up this morning to my province raging over a couple of atheist parents on Bowen Island. The CBC was reporting that,

An atheist family whose child was not allowed to re-enrol in preschool after her parents fought against classroom Christmas and Hanukkah celebrations has been awarded $12,000 by the B.C. Human Rights Tribunal.

Now, before you nod your head in support of the parents, I think you ought to hear the whole story. Sure, their win with the tribunal is understandable. The child should not have been blocked from re-enrollment at the Bowen Island Montessori School. I agree with this part. It’s how we got there that has become the problem.

First, there was the request from the atheist parents to include a Christmas tree ornament with the Twin Towers, a plane and the words, “Atheists Don’t Fly Airplanes Into Buildings”. There was also the worrying display put on by the atheist father in the administration office as he sang “Oh, Canada” and performed the Nazi salute. The heathen parents also demanded that no talk of Santa happens near their child and that the school should refrain from observing such holidays as Valentine’s Day and Remembrance Day, as well.

Ultimately, the parents appear to have been requesting that no religious symbolism, traditions, decorations or talk be tolerated at the school.

As an outspoken atheist mom who is absolutely ready for the world to be rid of religious dogma, I have to say, these parents appear to have completely lost the plot.

"I certainly hope that there will be no discussion of Santa Claus…. I am absolutely against anyone blatantly lying to my daughter."

Now, I’m a skeptic, so I know that there is a good chance we’re not hearing the whole story here. There’s every possibility that the version of the story told by Gary Mangel and Mai Yasué, the atheist parents, is wildly different from this report from the CBC. I’ve tried to find how to reach Gary and Mai to hear what they had to say, but I was unable to find them. So, until such time as I hear their version of events, I have to base my opinions on this CBC report and based on this CBC article, I have to say, WTF, heathens? Why you gotta make the rest of us look bad?

As atheist parents, we hope to raise critical thinkers most of all. We want our kids to grow up being able to decipher between reality and fantasy. We want to protect our kids from the limitless garbage out there that has no basis in fact so that they can protect themselves, their health and their world using tools that we’re sure exist.

You can’t raise critical thinkers in an echo chamber, though. You must let them explore ideas so that they can learn to question them. One of the easiest ways to introduce your child to critical thought is with Santa Claus. Sorting out on their own that the jolly fat guy is not a real thing is an excellent way for them to learn how to be skeptical. Another simple way to teach your child how to question everything is to teach them about religion. Not one religion, but several religions. Show them that there are many, many myths out there that people believe. Explore the similarities between them all. Talk about the differences. Your child will see that no one idea has any more evidence than the next and that what you believe tends to be tied very closely to where you were born. Your child will see the holes in the stories and pry open the cracks.

On the other hand, if you shelter your child from these ideas, you’re doing precisely the same thing religious people do. You’re telling your child what to think, rather than how to think.

Religion alienated me from others. Atheists shouldn’t do same.

The Bowen Island Montessori School says this on its website:

A child is offered an introduction to physical and cultural geography through the use of wooden puzzles/maps of the Earth and its 7 continents. Through the focus upon specific continents or countries, a child will be presented with culturally significant objects and snacks from each particular area, international and cultural celebrations will also be recognized and honoured as we cover the world map.

This does not appear to be indoctrination. The school isn’t teaching the children that Christmas is a time for revering Christ and thanking him for saving us. Rather, they’re celebrating Christmas to teach the kids about a cultural tradition that dominates our part of the world this time of year. They’re not teaching kids that the Torah is true when they bring a Menorah into the classroom, rather, they are teaching kids about the tradition and the culture associated with it. If they were celebrating Ramadan, they aren’t teaching the kids to praise Mohammad, instead, they’re teaching that a great many of our fellow earthlings celebrate this tradition and what it’s all about.

It would seem that these parents, Gary and Mae, are attempting to shelter their children from all religious talk, imagery and tradition. The thing is though when you shelter your kids from the real world around them, it always backfires in some way or another. When you stick your kids in a tight-fitting box, eventually, they’re going to resist it. They will wriggle and kick until the box gives way and Gary and Mae, if this story is accurate, may find they’re working really hard to produce devout and faithful believers.

I remember when the private Montessori school I sent my son to taught him that Jesus started the first food bank. I know, I thought it was just as ridiculous and the only source for this nonsense I could come up with is the fish and loaves tale which, of course, is complete tosh. I didn’t freak out at the school. Instead, I saw it as a learning opportunity for my son. I talked to him about it, asked him questions and helped him come to the conclusion that some people believe this stuff, mommy does not and whether or not he wants to believe it is entirely up to him.

Years later, and he still does not believe.

We live in a world with many different cultures and traditions and values. That is reality. Atheism is a way to value reality which is why it’s so shocking to me that godless parents might go to this length to hide it from their kids. If you ask me, it’s about the least “atheist” thing a parent could do.

What do you think? Is the parents’ reported behaviour out of line? Did the school handle it well? Let me know in the comments! 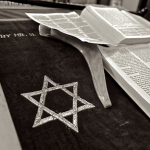 December 12, 2018
Your Stories of Atheism: Resolving Cognitive Dissonance
Next Post 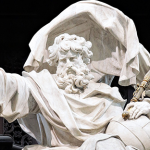 December 14, 2018 How Religion Can Strip You Of Your Morality
Recent Comments
26 Comments | Leave a Comment
Browse Our Archives
Follow Us!