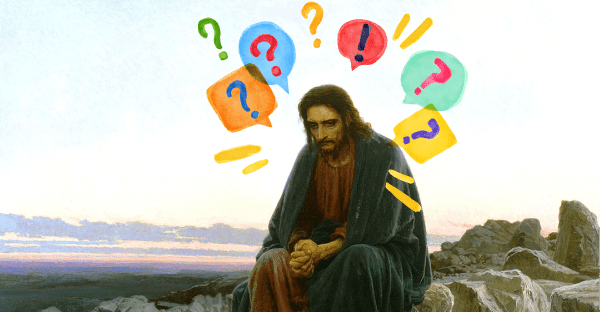 We’ve covered the most common questions atheists get asked by theists, over and over and over again. Every questionnaire for atheists seems to have the same set of queries: Where does your morality come from? How can something come from nothing? How can an atheist have purpose? It really gets old, which is why, when I find questions that are out of the ordinary, I collect them until I have enough to write a post. Here are 10 such questions and my answers:

1. How do atheists name their children, if most names have some sort of religious background?

When you don’t believe something holds any power and is just a myth, you don’t view the traditions and language associated with it as anything other than old traditions and language. Biblical names are just names that came out of ancient stories, like Hercules or Athena or Batman. You might be shocked to know that my son has a biblical name. I’d say one of the more common ones, and it’s solely because we liked it. It totally suits him, and in our home, it has nothing to do with the Bible and everything to do with the fact that it was one of the few names Godless Dad and I agreed on that was not already associated with a lacklustre Quarterback or the lead singer of a 90s noise rock band. No, there were no Thurstons or Bradys in the cards.

To answer the question, we choose names based on many factors: passing down family names, personal significance, we like the sound of it, or maybe it just rhymes with our favourite food.

2. Is atheism a form of Satanism?

Yes. We believe in Satan, but not God. We don’t believe the outlandish stories in the Bible, except the ones about Lucifer. You can imagine the cognitive dissonance that goes on in our minds when most of those stories feature God quite prominently. Easily dealt with, though. We just take a Sharpie to our Bibles and cross out any reference to God. Satan becomes an angel cast out of heaven by [black rectangle].

Of course, I’m pulling your leg. Oddly, most forms of Satanists don’t believe in Satan, nor God, which makes them atheists. So, it’s fair to say Satanism can be a form of atheism, but no, not all atheists are Satanists. As for myself, I’m not a Satanist.

3. Why has atheism become so popular in the 21st century?

Because knowledge. We know more crap. For instance, we know now that in order for the human race to have the sort of diversity it does, we could not have descended once from one family, let alone done it twice. Genetic evidence disproves the Adam and Eve story as well as the tale of Noah’s Ark. We also know, through various forms of evidence, that the world is much older than what the Bible claims. We’ve been through thousands upon thousands of prophesied end times, without so much as a blip. We have a better idea of the vastness of the Universe, which makes tiny, minuscule us being the entire purpose of it all a little silly. We know so much more now and are filling the gaps that used to be filled by God. The more we learn about ourselves and the Universe, the less use for God there will be.

4. Why do atheists choose atheism?

We don’t. We just spend some time thinking about things and learning about the world around us and eventually come to a point where believing the extraordinary claims made by religions all over the world is impossible. Even if we tried, we could not believe without a lobotomy or severe and extreme denial. It’s not a choice. It’s a realization of truth.

5. Are atheists a threat to the United States?

6. How do atheists keep a positive outlook on life?

Pretty easy. We don’t live our every day preparing to die. We live for this life, not the next one. We’re not involved in death cults that force us into behaviours that we normally would not be okay with, just so that after we die, we get to go to magical fairyland in the sky. We’re not living to die, like religious people are. We’re living to live. Life becomes more valuable when we realize it’s our only one. When you let that sink in, you try harder to live it to its fullest.

7. Why do some atheists insist that atheism is not a “group”?

Because it’s not. While there are atheist groups, atheism itself is not a group. The only thing atheists all have in common is no belief in gods. Some atheists are pro-gun, others are anti-gun. Some are pro-choice, but it may surprise you that Christopher Hitchens was pro-life. Some are conservative, others are liberal. We have commies and feminists and anti-feminists and anarchists and vegetarians, vegans and omnivores. We have spiritual atheists and those atheists who’ve all but removed the word “spiritual” from their vocabulary. We have travellers and agoraphobes, cat lovers and dog lovers, black, white, Asian and aboriginal. We even have loads and loads of atheists all over the world who keep their atheism a secret. We have all sorts of atheists, and as you can imagine, some of these people have no interest in being in the same “group” as some of the others.

8. Why do so many atheists fail to understand that belief doesn’t require proof?

It’s not that we fail to understand that. We get it. What concerns atheists is that you’re so willing to believe things without proof. It makes us wonder where you might draw the line. At what point do you stop believing things if your line is not drawn at lack of evidence? We know some people don’t draw the line before child abuse, murder or even genocide. Weekly, there is a new story about some religiously inspired crime that has ended lives. It’s terrifying to us that so many people believe things with no evidence, because if your standard for believing things does not require evidence for them, then there is absolutely no way for us to ever know what your standard for believing things is and one day, we might be reading your name in the paper after some heinous, religiously inspired crime.

Most of the time, the question of evidence for God comes up in debates with atheists, because the theist is asserting that our lives will somehow be better if we believed. We usually counter that we will not believe without evidence… because our standard for what we will believe is based on evidence. There is no good reason for an atheist to believe anything until we see evidence for it.

9. What is paramount for most atheists?

10. Is it difficult being an atheist?

Yes. For some more than others. I live in a pretty secular part of the world and most of the people around me are irreligious. However, there are countries where being an atheist draws violence, prison sentences and even death. Some families shun an atheist child, especially among the ranks of the Mormons and Jehovah’s Witnesses. People have been disowned, kicked out of their homes, divorced, lost custody of their children, lost their jobs, been beaten up, hospitalized, jailed, tortured and murdered, all simply because they say they do not believe in God. I have it easy compared to many, many atheists out there. I can speak up without the threat of arrest or violence. That’s why I do. I hope that one day, all of our voices will get loud enough and prominent enough that they’ll see the futility in trying to silence us.

What are your answers to these questions? Let me know in the comments! 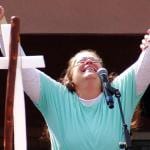 February 20, 2019 Do Euthanasia Advocates Really Just Want To Kill The Elderly?
Recent Comments
67 Comments | Leave a Comment
"If you don't fear death, then atheism is working for you. When three medical specialists ..."
bill wald 10 New Questions I’ve Never Been ..."
"The Nigerian-American Community and the Embassy in the US would then pressure the Nigerian Government ..."
Christian Death For Atheism: How Do We ..."
"My point is that your "arguments" have been refuted thousands of times already.If you want ..."
TheMarsCydonia Are These 7 Arguments For A ..."
"Looking through the cast of The Odyssey I was looking up what had happened to ..."
lone wrecche How To Say Goodbye
Browse Our Archives
get the latest from
Nonreligious
Sign up for our newsletter
POPULAR AT PATHEOS Nonreligious
1

Nonreligious
How Do I Help My Teen Cope With...
Godless Mom
TRENDING AT PATHEOS Nonreligious