Your Stories of Atheism: I May Not Believe, But I’m a Better Person Now

Your Stories of Atheism are heartbreaking, triumphant, angering and inspiring. They are written by you, for you in this ongoing series about how you came to identify as an atheist. If you want to send me your story, you can email me here. Please note that by doing so, you give me permission to publish it here as part of the series. If you wish to remain anonymous, please say so in your email otherwise, I will use just your first name. To read other stories, click here.

The first story today is short but particularly moving. It’s from someone who decided to remain anonymous:

At the age of 8, we moved to a small town to join the church. Our family of 12 kids had been struggling with my mother’s depression and other things I wouldn’t know about being a child. So the church moved us acquired a cheap rental for my parents and we began going to the small school. I had barely heard of God before that even though my parents were practising.

We were brought up strictly after that. Us girls were not to wear pants, look at boys and my sister even told me off for using my (maturing) hips to walk as I was not “walking like Mary”.

As much as we all believed we were good we were messed up. Every child was sexually abused. As a teen I was still doing the right thing, never flirted with any boys outside of the church (or in for that matter) but I did start getting pissed whenever I was around alcohol. People found it shameful. It was obviously due to underlying problems.

As a good Catholic girl I met and fell in love with a Catholic guy and we did what we were meant to in order to have sex. Get married. Birth Control was not a choice so two babies later I slowly began to understand the reproductive cycle. I knew I was fertile and I told my husband, “It’s your choice sweetheart” a few minutes after arousing me. ” Well, I might be fertile but God still has to put the life in me like a fairy Godmother” So, regardless of our financial struggles and my mental health problems… we had a 3rd baby.

There is no God with a wand.

I’ve been living a lie.

I married too soon and gave up all my rights as a person. I gave up my womb.

We couldn’t get pregnant again due to my crippling depression and suicide attempts.

I may not believe but I’m a better person now.

It makes me so happy to read the stories that have a happy ending. I’m so glad you left that abusive dogma behind and bettered your life.

And here is a quick story from Clint,

I was raised going to Catholic Church until around the age of 13-14 when I got kicked out of catechism classes for asking questions that were too difficult for the teachers to answer. I then was given permission to explore faith on my own by my parents. Never found any that appealed to me, so I eventually settled into bouncing between agnostic and general spiritualism. This lasted until around the age of 23.

My father passed away shortly after I turned 23, and I was unable to take the time to mourn properly to take care of family. I was urged during this time to try talking to a priest to see if they could help me mourn or find comfort. This was the first step back into religion. About a year later and I was dating a young woman who was always going to church. I went with her to spend more time with her. Combine still not entirely over my father’s death with a very charismatic pastor and a religious girlfriend, and rapid descent into Christianity. I eventually began attending another church that a coworker was a pastor at, and rapidly became very involved, eventually becoming a deacon. Then I left there and became a pastor at another church for a while. During this period, I was very active in proselytizing and working to help church members with their needs they would ask for. I began to realize the work people put into the prayer requests were what was making it come true, and numerous nonbelievers who were extremely capable in anti-apologetics. Doubt crept in, and I took a sabbatical and never went back.

During the sabbatical, I read books all over the spectrum. Lots of Christian books trying to keep my faith, but also Richard Dawkins’ ‘The God Delusion’ at the challenge of one of the anti-apologetics. I shortly became an atheist afterwards quickly absorbing books by the Four Horsemen – Dawkins, Harris, Dennet, and Hitchens – then further with Boghossian,  Douglas Adams, and Terry Pratchett.

I honestly couldn’t tell you how many of these stories I receive that mention Richard Dawkins’ The God Delusion. Seriously considered, this text is a faith-destroying masterpiece. Thank you, Clint, for sharing your story.

If you want to send me your story, you can email me here. Please note that by doing so, you give me permission to publish it here as part of the series. If you wish to remain anonymous, please say so in your email otherwise, I will use just your first name. To read other stories, click here. 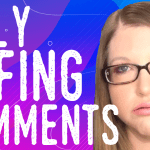 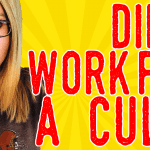