Why I Dislike Psychics and Why You Should, Too

Why I Dislike Psychics and Why You Should, Too April 12, 2019 Courtney Heard 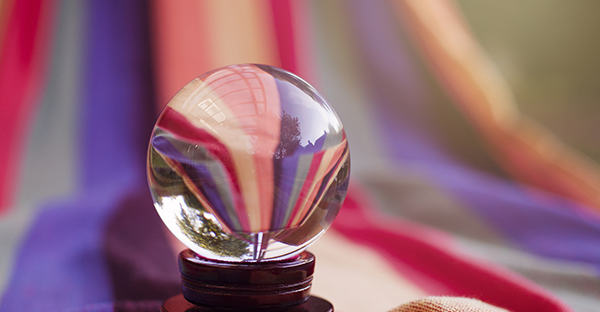 One of my guilty pleasures is Big Brother. Alongside Survivor, Big Brother satisfies some deep dark corner of my psyche that voraciously craves strategy. I loved chess growing up and now I can’t live without marathons of Settlers of Catan. If you watched my brain on an MRI, the very same areas that light up when I plan my attack against a dungeon boss playing Zelda would light up when I’m watching a discussion between two human chess pieces locked in a house somewhere far away.

Up here in the Great White North, we have our own Big Brother. Affectionately nicknamed BBCAN, I enjoy it more than the American series. Mostly because the Canadian contestants tend to be less… well, screamy and shrieky. South of the border, Big Brother is less about the strategy and more about the drama and that’s just not why I watch it. So, when BBCAN is airing like it is now, I am one happy heathen.

GM Note: I’m 3 episodes behind, so no spoilers in the comments, please!

This season, BBCAN introduced a houseguest who claimed to be psychic. Yes, in spite of the fact that Big Brother strategy relies almost entirely on a player’s ability to keep information on the down-low, production dared to bring in a mind-reader. If I believed in that sort of thing, I might have called it cheating, but because I don’t, I spent the first few weeks of the show yammering on and on about how great it would be if the psychic got blindsided. A few weeks in and mama’s wish came true. The clairvoyant was tossed from the BBCAN house and ladies and beards, she did not see it coming. In her exit interview, she tried to back peddle, but we all knew, she was just as surprised as the rest of us and it was a beautiful, poetic thing.

If it hasn’t come through loud and clear yet, I’ll save you the visit to your fortune-teller and clarify: I don’t like psychics. I especially don’t like psychics who take your money for “readings”. If you’re someone who claims to be psychic and that’s the extent to which you wish to take it, then I’m alright with you, though I don’t believe you. But as soon as you tell someone who’s struggling with something that you can help them find the answers with your psychic power, then we gonna have a problem. Then I’m gonna have to ask you to take a step back and stay the flip away from my family and friends. If you’re taking money to “help”, then all I see is a criminal.

The thing about psychics is that every last one of us, whether you believe in psychic ability or not, knows that there are people who fake it out there. We know there are people who say they’re psychic but who are not. The fact that any reasonable adult can accept this then leads us to the question, how do we know the difference? If you’re someone who believes that psychic ability exists and there are people out there who can use it to help you sort out your life or find closure with loved ones who’ve passed, you have to ask yourself, how do you know which “mediums” do indeed have the ability to see the future or communicate with “the other side”? How do you sort the fakes from the bonafide clairvoyants? What test do you apply that works universally?

We would all love to be able to say that we can go into something completely stripped of bias, but none of us can. That’s why we needed science to begin with. We knew that each one of us has our own biases, whether we are aware of them or not, and we knew that we would have to find a way to strip those biases in order to discover the truth. Science accomplishes that with its insistence on demonstrability, controlled experiments, repetition and peer-review. We cannot strip ourselves of our biases, but science can.

When someone believes in the power of psychic mediums, they walk into a reading with a bias. They will find ways to weave around the misses and focus on the hits. When someone like me, who does not believe in psychics at all, goes into a reading, my bias will likely lead me to put less weight on the hits and more on the misses. This is called confirmation bias. You look for the evidence that supports your already held ideas. Even if you don’t have strong opinions either way, you still carry with you biases that can blind you to the truth.

The answer, then, is science. And the science suggests that psychic ability is simply not a real thing. We’ve explored claims of psychic ability in scientific settings since the times of Sigmund Freud and Carl Jung and the closest any of these experiments and studies have come to proving it’s a real thing is the 2011 study by Daryl Bem at Cornell University. This study resulted in findings that appeared to prove that precognition exists.

However, it all fell apart when the study was reproduced. Several reproductions later, and there is still no solid evidence for precognition.

This means that nearly every time we’ve put psychics to the test, they’ve failed. This extends to tests and challenges in non-scientific settings, as well. No one has offered a better illustration of this than my fellow Canadian, James Randi. Also known as “The Amazing Randi”, James is a magician who decided early on in his career to expose the parlour tricks of magicians and psychics and he’s devoted exhaustive energy to this end. This is an hour-long documentary on psychics that is worth every minute it takes to watch it:

Randi offered a million-dollar prize to anyone who could demonstrate psychic ability in a controlled environment. The challenge went from 1964 to 2015 and tested thousands and thousands of people who claimed to be able to prove the paranormal. Each one of them failed and Randi never got to award the prize to a challenger before he retired.

It would be one thing if the claims of psychics were limited to challenges like this, but often the claims of psychic mediums can cause real-world problems, sometimes toying with the mechanisms of life and death itself. When children go missing, psychics offer their “help” to detectives on the case, using up valuable time and resources. In one very well documented case, famous psychic Sylvia Browne spoke to the family of a missing girl on the Montel Williams show. She told them that she was sorry, but that their daughter was deceased. The girl’s mother was emotionally destroyed after the show and died a year later, thinking her daughter was gone.

But she wasn’t. Amanda Berry was alive.

Just think about this for a second. Really think about what that sliver of hope can do. When a mother whose child is missing has that hope that she’s still out there somewhere, she keeps looking. She keeps the detectives on their toes, maybe she posts missing posters as often as she can. There is little doubt that had the parents still had hope she was alive, they might have searched with a little bit more urgency. There’s even the chance they could have found Amanda long before she saved herself.

In another case, television show Inside Edition put psychic detectives to the test by showing one such medium a photo of a child they claimed was missing. The psychic proceeded to explain that the child in the photo was dead and it had been a violent passing. What she wasn’t able to pick up on was that the photo was a childhood photo of the Inside Edition reporter who was, very obviously, alive. She didn’t even have the slightest tingling sensation when the woman whose photo it was had been sitting right across from her.

We know four things about psychics:

1. We know that psychics engage in what is called cold reading, techniques that work quite well at fooling people into the belief that the medium can see and hear more than we can. We are aware of the existence of these techniques that are totally devoid of any paranormal power.

2. We know that each time we’ve tried to put psychic ability to the test it has failed, with the exception of one study that has not been able to reach the same conclusions when it’s been reproduced.

3. We know there are fake psychics out there.

4. We also know that there is no universal test that we can apply to sort out who is a real psychic and who is not.

When you put these four things together that we know, beyond any doubt, and you really think about them, you have to ask yourself why you would ever accept the authenticity of a psychic. Especially given the knowledge that no single human being who has ever existed is completely safe from the confirmation bias trap. Why, given we know these things, would you ever give a medium money or accept a “truth” they offer that could alter the course of your life?

The next time you find yourself believing a psychic, remember these four things and ask yourself: is it that you want to believe this psychic is real? Could that be playing a part in your acceptance of their ability? Is that remotely possible?

Before you go, I’m going to leave you with John Oliver’s Last Week Tonight piece on psychics and close on a laugh:

What do you think of psychics? Do you believe they exist? Let me know in the comments! 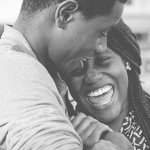 April 16, 2019 Notre Dame: I May Be Godless, But She's My Lady, Too
Recent Comments
81 Comments | Leave a Comment
"If you don't fear death, then atheism is working for you. When three medical specialists ..."
bill wald 10 New Questions I’ve Never Been ..."
"The Nigerian-American Community and the Embassy in the US would then pressure the Nigerian Government ..."
Christian Death For Atheism: How Do We ..."
"My point is that your "arguments" have been refuted thousands of times already.If you want ..."
TheMarsCydonia Are These 7 Arguments For A ..."
"Looking through the cast of The Odyssey I was looking up what had happened to ..."
lone wrecche How To Say Goodbye
Browse Our Archives
get the latest from
Nonreligious
Sign up for our newsletter
POPULAR AT PATHEOS Nonreligious
1