Your Stories of Atheism: In The Wake Of Abuse, Recurring Nightmares, And Violent Crime, Freethought Prevails 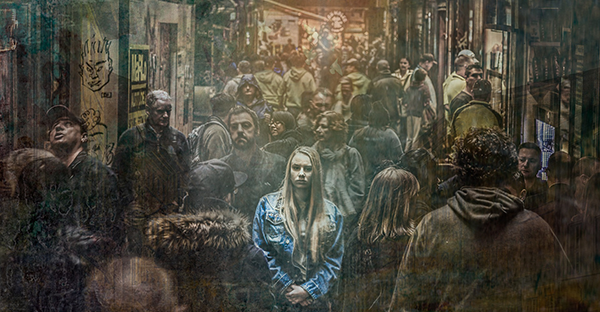 Your Stories of Atheism are heartbreaking, triumphant, angering and inspiring. They are written by you, for you in this ongoing series about how you came to identify as an atheist. If you want to send me your story, you can email me here. Please note that by doing so, you give me permission to publish it here as part of the series. If you wish to remain anonymous, please say so in your email otherwise, I will use just your first name. To read other stories, click here.

The second story today could be one of the worst I’ve ever heard, so here’s an easier, anonymous submission to start:

I just wanted to thank you for advancing stories about how people arrived at fully adopting Freethought.  Many people just need to know that others whom they respect are Freethinkers.  Knowing that, they can allow themselves to move forward.

I was always a Freethinker but thought I had to pretend to be religious and believe in god because everyone else did.   It wasn’t until I was about 20 when I told someone that I was “agnostic” and they said, “Why be agnostic?”  “I’m an atheist.”   So I said, “Well then I guess I’m also an atheist.”

But as I’ve grown older I don’t think of myself as an “atheist”.  I don’t describe myself based on what I am not.  I am just normal.  I am a Freethinker.  I never think about any gods or any afterlife.

I like Dan Barker’s comment that “There could be some kind of god out there.  The only gods we know for certain don’t exist are the ones described in religious books.  We know those were made up by whoever wrote about them.   I also like his other comment that “Death will be exactly like before you were born.  Was that so bad?”

Thank you so much for your submission and words of encouragement. This whole thing came from me just being curious, as someone who has never believed, what it’s like to have to leave your religion behind. It’s grown now because I feel these stories are necessary. So many ex-theists have suffered a great deal just because they stopped believing and I think it’s my duty, as an atheist with a platform, to shed light on their stories so we can raise awareness and learn just how difficult and dangerous leaving religion can be. My eyes have been opened wide. Before you all told me your stories, I had no idea it could be as hard as it is sometimes. So please keep sending this lifer atheist your stories, even if they’re good ones that restore our faith in the kindness of people. I want to know what you’ve experienced. I am so curious.

I was born into a Right Wing Conservative Christian home. The adults were members of the John Birch Society, (an offshoot of the Nazi Party,) but they never were able to find the “correct” church in all my years with them. The male was in the Air Force, and in my 1st 14 years, we moved 21 times, (not always staying, but being sent out again.) We switched churches every single move. I was baptized 8 times in 6 years and was so confused about it all that I was always unhappy.

“God” never answered my prayers for rescue from the abuse I was living in every day. I was being sexually molested whenever the male was home. My only break from that was when he was on TDY’s (temporary duty), but the moment he came back, it started again. Both adults viciously beat me daily, (often more than once a day,) put me down emotionally and mentally, and believed they were doing god’s will in doing this. I was sexually molested in several of the churches. My mind was broken by having to recite the beliefs daily. When I turned 7, after being baptized in a new denomination, I began having a horrific nightmare every single night until I turned 18. Every. Single. Night.

In this dream, I would be doing something normal. For some reason I would commit a sin, but before I could pray and ask for forgiveness, I would be killed – hit by a car, shot by a gun, stabbed, fall from a great height, whatever, it was always mortal – and Satan would erupt from the ground, grab my heels and drag me to hell. End of nightmare. I began to lose my mind. I became more violent than I usually was (I’d beat up bullies and defend smaller kids and disabled ones too at school) and would have times where I lost time. When I would “wake” up, I was either miles away from home or had destroyed everything around me. I was sure I was going insane.

As an adult, I wound up marrying a man I thought was a good one, and on our wedding night, he told me what I would be doing. Submission, sex when demanded, cook, clean, stay home, don’t talk to other men… you get the picture. He raped me that night. If I’d had a gun, I would have shot him and killed myself. This went on for 14.75 years before I was able to take our 2 kids and escape.

I’d already been losing faith – I really think I was losing it all along – and when the Southern Baptist church we were attending told me it was MY FAULT that there was a wave of sin encompassing the church, I cursed them from their own tome, cursed the Deacons who informed me of this, threw the skies a double middle-finger and never returned. My son quit right away too, my daughter came home, walking in the rain, a week later, crying, because another deacon wouldn’t let her attend the Youth Meeting. She was wearing black jeans, a black t-shirt with a motivation on it, and had a new piercing in her ear, the upper part. He said she was being Satanic, and couldn’t come back until she was in a dress and no upper earring. She never went back.

For a while, I tried to be a White Witch and was very good at it. I was even able to teach our city’s Police Officers about Wiccan and Witchcraft to help them deal with people committing crime in the name of Wicca. I still feel proud that I was able to assist. But I quit that too, as so much revolved around god/goddesses.

I researched EVERYTHING, looking for something to help me be a better person. I even studied The Church of Satan, The Great Spaghetti Monster and everything in between, when I found Atheist sites. I quickly realized that I had been an Atheist all along, in my life! Everything I really believed but was afraid to say was there! I started proclaiming I was an Atheist, with a Pagan bent, (The Wiccan Rede’s last line states, “an it harm ye none, do what ye will, a line reworded and used in thousands of other belief systems,) and last December 11, I became an Ordained Minister in the Universal Life Church. They accept EVERY religion, ALL creeds, All cultures. So do I. As long as you don’t try to force me to believe in it, I accept the religion you are. I am just happier not being Religious at all!

It doesn’t really matter what I write here after that story. I can only tell you how it made me feel. Patti, I am so sorry that you had to live through so much abuse. I admire your strength and your bravery in sharing your story and I promise to keep talking about these things so that fewer and fewer people will be able to hide behind their imaginary gods while they abuse and take advantage of young people.

I hope that, despite how upsetting hearing some of them can be, you can see how important it is to share these stories. I do hope to hear yours one day. If you feel so inclined, you can email me here. Please note that by doing so, you give me permission to publish it here as part of the series. If you wish to remain anonymous, please say so in your email otherwise, I will use just your first name. 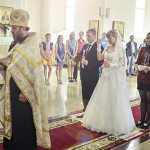 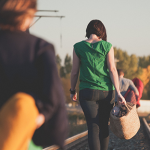 May 1, 2019 Ask Mommy: Should I Move My Kids To Another Country?
Recent Comments
3 Comments | Leave a Comment
Browse Our Archives
Follow Us! 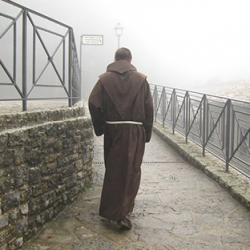 Nonreligious
Your Stories of Atheism: I May Not Believe,...
Godless Mom
TRENDING AT PATHEOS Nonreligious