I’ve been around atheist Twitter long enough to watch countless people go from angry, confrontational self-described victims of Christian persecution, to atheists in a matter of months. I’ve seen many people turn, leave their faith behind and experience the exhilaration of being free of dogma and cognitive dissonance. Most outspoken atheists have seen this so many times that they recognize the pattern now. We can, for the most part, pretty safely predict which of the angry religious tweeters will be atheists soon. There are ridiculously accurate tells, and I often wonder why we don’t put money on it. We’d all be rich.

Despite your insistence that it’s not true, here are six telltale signs you will be an atheist soon:

1. You are inexplicably and unreasonably hostile towards us and you appear to be so simply because we don’t believe in a god. You don’t know anything about us, save for the fact that we’re atheists and we talk about it. I could be the most generous, caring person on earth and you’ll still send me tweets like this:

It doesn’t matter that it makes your biblical morality look like Johnny Manziel on a bender in Vegas. Your concern for the image of your religion has dissolved into your own fear. Fear of your own doubts. Of course, us outspoken beacons of faithlessness only serve to personify your doubts and that causes terror. Terror that your entire worldview is wrong. Terror that everyone you’ve ever known has lied to you. Terror that we do, in fact, live in a godless world and when we die, we return to dust and ash and plant fertilizer and that’s about it. Someone so deeply afraid of these things can’t help but lash out at those of us who know them to be true, and despite that knowledge, we still manage to lead interesting, love-filled, joyful lives. When a Christian or a Muslim or a member of any of the world’s largest religions comes at me out of nowhere spitting flames, I can always rest assured they have doubts, and they’ll be an atheist soon.

2. You refuse to let atheists define atheism, and force your own idea of what atheism is on us during debates. No matter how many times we try to correct you, you refuse to hear what atheism really is. You’re sure atheism is a dogmatic system of beliefs with prescriptive doctrines and a worldview that includes the big bang, evolution, abiogenesis, extreme left politics and indulgence in everything your precious book describes as sin.

3. You answer many of our questions with, “I’m not going to do your research for you.” 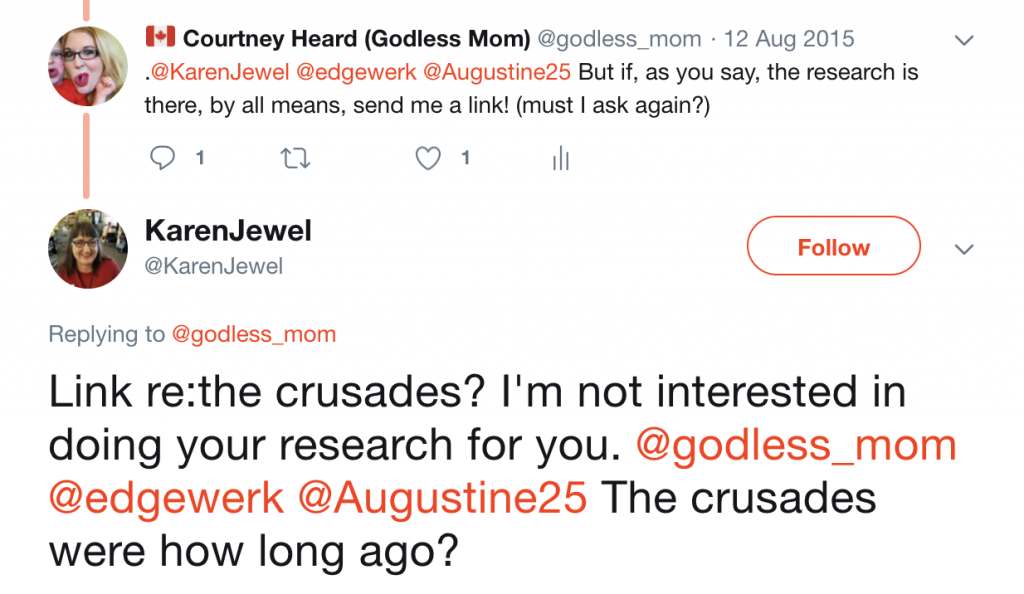 This usually comes after you’ve made claims that evolution has been debunked or that scientists have found evidence that proves the Bible is true or that Noah’s ark was a real thing, and there was a global flood that wiped out everyone and everything not on said ark. Of course, like any good skeptic, we’d follow up those claims by asking to see the evidence you claim exists. “Give me a link to a scientific paper,” we will request. Like clockwork, your retort is as predictable as the red shirt’s untimely demise in Star Trek: The Next Generation. “I’m not going to do your research for you.” This translates roughly to, “I have no reliable sources to back up the claims I’ve made here.” What you near-atheists fail to understand during this exchange, is that we have done our research. That’s why we’re atheists and once you do yours, you will be, too.

4. You insist that Hitler was an atheist.

Despite mountains of evidence to the contrary, including photos of Nazi rings with the motto, “God with us” engraved on them, quotes from Hitler’s own works including Mein Kampf itself, and recorded audio of speeches the Führer himself gave to his doomed countrymen, you insist he was an atheist, because the idea that someone can still be good after abandoning their belief in god terrifies you. That’s the one thing that keeps you from admitting you have your own doubts.

5. You’re insulted when atheists crack jokes about your god, your prophets, your holy book or your religion as a whole. You insist that we’re being offensive and that we should respect other people’s beliefs. The thing is, people who have a strong faith in what they believe, aren’t at all phased by a joke cracked at the expense of their beliefs. In fact, they might even laugh along with it. They know that an all-powerful, all-knowing, benevolent god couldn’t possibly be offended or put off by the satirical musings of one little anonymous atheist on the internet. Much like people who are secure in themselves can laugh at themselves, people who are secure in their beliefs can laugh at their beliefs. If you find yourself wounded by a harmless joke, you’re probably not as secure in your belief as you thought you were. Hi there, future atheist!

6. You can’t help but pay attention to atheists. Even when they’re just enjoying their own personal spaces online with fellow atheists, you’re compelled to pop in and give your two cents.

People who are happy with their faith don’t pay much attention to the conversations atheists have about not believing. The only reason it catches your attention is that our lack of belief makes you feel uncomfortable. Why? Because deep down inside, you have doubts, too. When we openly talk about our skepticism, you feel that pang deep in your gut, and you’re reminded of your own doubts. When you confront us, you’re really confronting your own doubts. When you argue with us, you’re really arguing with your own skeptical thoughts. When you try to explain away the holes in your creation myth, you’re not doing it for our sake, you’re doing it for your own. When you try to convince us why we should believe, you’re really trying to convince yourself.

People who have an unshakeable faith don’t seem to succumb to any of these things. I can’t speak for all my fellow atheists, but any of the actions listed above amuse me more than anything else. I’ve had people who proclaimed that Hitler was an atheist louder than anyone else, come back two months later and tell me they no longer believe in a god. We see through you, straight to your doubts and we engage because we know they’re there. So, flame on my pseudotheists, flame on harder than ever before. We’ll be here for you when you finally deconvert. We’ll be here to welcome you with open arms to the free and liberating feeling of leaving your faith behind. 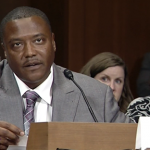 May 14, 2019
What Would You Do After 12 Years Of Solitary Confinement? #Innocents
Next Post 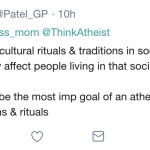 May 22, 2019 Outspoken Atheists Are Just As Annoying As Street Preachers!
Recent Comments
212 Comments | Leave a Comment
Browse Our Archives
Follow Us!