Love As Proof For God: Where Is The Logic In Love? 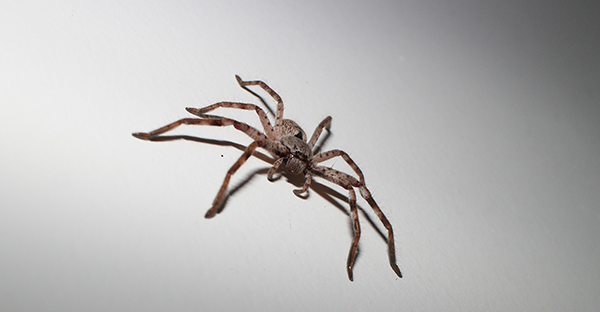 I was once asked by an Aussie Facebook troll who preceded this question with a very clear death threat (that I reported),

What about the existence of love? If everything works from logic, then why do we keep loving the people who hurt us? (e.g family) There is no logic in that.

The very phrasing of this question makes about as much sense as Ken Ham’s museum: sweet, fancy nought. There are several errors here starting with the assumption that “atheist” means I believe “everything works from logic”. Grammatical inanity aside, this is not what being an atheist means. An atheist (and I feel as though I am a broken record here) is simply someone who does not believe in any gods. They do not have to believe all things are logical. Atheists can believe they will be reincarnated, they can believe in psychics, they can believe silver, microscopic, cranium-dwelling, German-speaking monkeys are controlling Jimmy Fallon. There is only one thing all atheists agree on and that is that there currently exists no reason to believe in a god. How many times do I have to explain this? Honestly, it’s like some theists just don’t want to hear it. This is the fundamental problem with getting your knowledge exclusively from one book: you become narrow-minded. Expand your library for god’s sake (no holy) and try to include a damned dictionary.

The next error we encounter in this question is the premise that someone, somewhere has asserted that “everything works from logic”. First of all, no native English speaking half-wit would utter this ridiculous sentence. It’s so nonsensical, it feels like the product of gastromancy or fart readings or some other voodoo conjury. It sounds as if you’re trying to say that atheists believe that logic is the fuel of the natural world, like some invisible force that is responsible for everything and all that is. Sounds familiar, doesn’t it? The very idea of it is absurd, and I don’t think I’ve ever heard a single heathen say that all things spring forth from some magical well of logic. No. We do not believe this.

What scientists and people who choose to value logic and reason actually say, and what I think this guy might be referring to in his all but illiterate way, is that all things can be explained logically, through hypothesis, experimentation, peer review, etc.

So, now that we can all agree that assertion 1, all atheists think that everything works from logic, is wrong and assertion 2, there are people out there pushing the idea that everything comes from logic, is also wrong, I think we can all also agree that the deficient poser of the question probably meant to ask, “If all things can be explained logically, then explain why we keep loving people who hurt us”. This is a far, far more clearly phrased question being as it’s not overflowing with biblio-deficient dumbassery. It’s also a really, really good question.

We can tackle this far clearer question easily by looking at human emotion. Human emotion is not reliably logical, this is true. I mean, just open your front door and look around. We’re surrounded by a goddamned loon-show, no holy. But just because emotion itself is not reliably logical, does not mean it can’t be explained logically. See how I did that? Separated two totally different things that our vicious investigator conveniently, and unintelligibly lumped into one?

Explaining emotion logically is simple. Emotion is instinctual and imperative for our survival. It is simply a reaction to outside stimuli. Emotion can be boiled down, unromantically, to the release of certain chemicals based on this stimuli. It is not unlike feeling euphoria after taking a strong pain killer. That feeling is emotional, but it definitely came from somewhere.

Emotion can be completely illogical because it’s not being conjured up by choice. An example of an emotion that is totally devoid of logic, is Godless Mom’s crippling and brutal fear of tiny, harmless creatures with eight legs. To illustrate this for you, one day I was doing laundry during the first real rain of spring. I was bent over shoving clothes (far too many clothes, never-ending clothes, save me from the clothes, S.O.S.) into the front loading machine and when I was done, I rose to catch a glimpse of a ball of blackness on the wall. That was enough. “GODDAMNIT JESUS!” I screamed, obviously no holy, as I bolted from the room, not even confirming that I saw what I thought I saw. I continued my raving, calling for my husband. When he finally turned the corner, he simply asked, “How big is it?”. In my defence, he took one look at it and asked how the hell a horse got in our basement.

The spiders that frequent our house are house spiders, which are harmless. I can rationalize this in my head. I can think about it logically,

“Why are you afraid of them? They won’t hurt you.”

“They are more afraid of you than you are of them.”

I say these things to myself all the time and I fully believe them, but then one surprises me again in the shower and it’s instant, no-holds-barred domestic war, you better believe Momma’s gonna get a bruise on her head from flying out of the shower, slipping on the floor and knocking herself the heck out. It makes zero logical sense for me to risk consciousness for fear of a harmless creature and yet, that’s what mama’s gon’ do. Every. Single. Time.

A quick, humorous, GM aside: Knowing how arachnophobic I am is made even more hilarious with the knowledge of the fact that I lived for two years in Australia. My house in Adelaide was infested with huntsman spiders to the point that my parents could not sleep without knocking themselves out cold with wine. Our living room had one glass wall facing our backyard which was not a lovely lawn and patio. Nope. It was, instead, a mini jungle. Just a mess of tropical plants, palms and shrubbery. So every night, we sat in our living room and watched as the huntsman crawled up the outside of the window. Some nights there would be 8 or 9 of them. These effers were so big they could run for Governor of California. When they were outside our front door and we had to go somewhere, we had our 6-year-old neighbour named Louise on speed dial. She would come over, flick them off the wall with her bare fingers, and step on them with an audible crunch wearing nothing but a little pink flip-flop. Somehow, some way, I survived that house of horrors.

So, how do we explain this logically, since it is so illogical? Well, that’s easy. Arachnophobia is widely accepted as left over from a time when spiders were a true threat to our lives. There are, obviously, still some life-threatening spiders out there but we now have many more ways to defend ourselves from those threats and the fear is all but obsolete. The vast majority of spiders we come across in our day-to-day lives are harmless. It had a purpose at one point in time, to protect us, on an instinctual level, from being killed by a venomous spider. The threat is no longer as concerning, but the instinctual fear remains in many of us. I would do about anything to not be one of those people, but goddammit (no holy) I am.

How does this apply to love then you ask?  How do we use this to understand the reason for love’s existence? Love is a product of evolution. It’s a mechanism to link two of our species together for the increased odds of survival. As Ned Stark said so eloquently in A Game of Thrones,

When the snows fall and the white winds blow, the lone wolf dies, but the pack survives.

A mother loves her offspring because if she didn’t the child might perish. The loving bond created between the mother and child tries to ensure that this mutually-beneficial pairing doesn’t break before the child can handle life on its own. The love for a mate is similar in that the pairing will give their offspring a higher chance of survivability. Though a single parent can raise a child as well and often better than some parents these days, throughout history, it’s more often than not much easier with two. Especially in our hunter/gatherer days.

Now, again, this is on an instinctual level and can manifest itself in many different ways and it does manifest itself in different ways. But love’s source can always be boiled down to a product of evolution which came from necessity. So, sometimes we end up loving those that maybe we shouldn’t. Sometimes we find ourselves loving in an entirely illogical way, much like my fear of the common house spider. Of course, this is just one explanation and there is no consensus as of yet on the source of love, which means simply that this is something we don’t fully understand yet.

This doesn’t mean we should jump to god as the explanation. Not all things can be explained logically at the moment, but that simply means that science hasn’t gotten that far yet. For instance, we do not know the size of the Universe. Some say it could be infinite, but we simply do not know because we do not have the tools to measure it yet. That doesn’t mean that it’s illogical and cannot be explained or knowable. It just means we have not figured it out yet. There was a time when the size of the earth was not known. Currently being unable to explain something logically does not mean we will never be able to explain it logically.

It is an awfully far reach to say, “we don’t know, therefore god”. It’s actually completely insane to say that considering the sheer amount of stuff we didn’t know in the past that we can fully and easily explain now. If you haven’t seen enough explained in our world to know that this god of the gaps argument is nothing more than wishful thinking, then honestly, I don’t know that you have any place discussing logic at all.

What’s your take on the god of the gaps argument? And do you believe everything can be explained logically, eventually? Let me know in the comments! 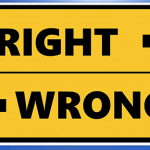 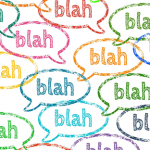 May 28, 2019 What Is The Point Of Discussing Religion At All?
Recent Comments
19 Comments | Leave a Comment
Browse Our Archives
Follow Us!