Why Do Christians Insist On Speaking To Us Like This?

Why Do Christians Insist On Speaking To Us Like This? June 14, 2019 Courtney Heard 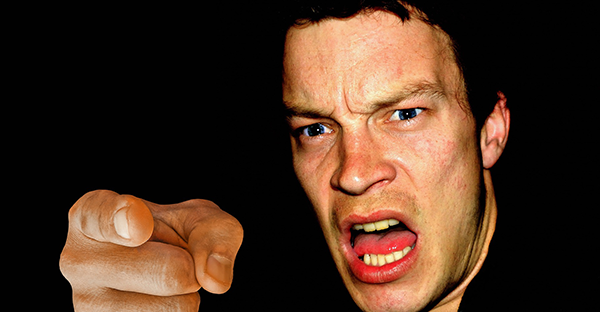 I can’t stand condescending adults. You know the sort… the ones who talk to you like you’re five years old even though you might even be twice as old as them? It’s that tone, that waitress tone,

“How are the first few bites tasting, here?” said like she’s operating a feathered puppet to coax a toddler into sharing his Lego Buzz Lightyear. That grating tone that adults usually reserve for small children. I don’t know what it is about me, but I attract this tone from people. Tenfold since I began writing as Godless Mom.

This week I got the thirtieth email in as many days, asking me why I hate theists. Only, this time it was typed in this condescending tone like I was being reprimanded for not eating my broccoli,

Hello, I’ve looked through your page and want to ask why do you have so much hate? I’m a religious man, I see God everywhere and one thing the bible does say is to accept everyone. I don’t appreciate everything your saying about religious people’s choice, people who really do follow god and listen to the word would never treat you the same.

Continuing on, I once had hate in my heart. But one you reliquesh it and realize god has a plan for everyone you feel amazing

In case you couldn’t pinpoint the condescending tone, it’s right where this guy assumes I hate him because we differ in opinion on religion. You know what? Assume isn’t the right word. He is literally telling me that I hate him. He hasn’t asked if I do. He hasn’t asked what my opinion of religious people is. No, he’s just decided for me that I hate him because I’m just a little girl who couldn’t have sorted out her own feelings without him.

You know, it’s weird, I have never gotten an email from a Seahawks fan asking why I hate them. Even though I have been known to verbally pummel the Seattle Chickenhawks as often as life will give me the opportunity. This team, I believe, is the NFL’s version of Satan, with their neon green uniforms that violate the Geneva Convention in three places and their unappreciated domination of the airwaves around here. I don’t like this team and I’m not shy about it. But I’ve never had a Seahawks fan ask why I hate them.

I have also never had a Madonna fan wonder why I hate them. I make no secret of the fact that I believe this woman’s shrill voice is only popular because she liked to grab her leather-wrapped vajayjay on stage. I’m fairly certain there are prisons around the world that use “Like a Virgin” as part of their interrogation process. I talk often about how there’s nothing remotely enjoyable about her music, and I have never had an email from a Madonna fan telling me I hate them.

I’ve never had a conservative tell me that I hate them, either. Being a liberal, I loathe a lot of what conservatives stand for and yet, here I am, friends with conservatives in real life who would never question whether or not I like them. I don’t like many of their ideas (except their smoker recipes, goddamn), but they’ve never decided I hate them as people because of it.

I’ve never had a note from a country fan declaring that I hate them, despite the fact that I’d rather go bare-assed on a sandpaper slide than listen to popular country music. I can literally taste the inbreeding when Tricia Yearwood starts wailing about dead daddies and lame horses and cheatin’ hubbies. I bet there is a handful of you out there reading this thinking, “How can you hate country music?” but I’d be willing to bet my next paycheck none of you thinks I hate you.

I’ve never been asked why I hate city people, even though I’d likely commit Hara-kiri with a fidget spinner if I ever had to live in the city again. I like the city about as much as I like the idea of performing a synchronized swimming routine with Mitt Romney in a vat of fry-grease at the Holiday Inn Chernobyl. If you want to spend half your life sitting in traffic and paying over-inflated housing costs for a beautiful view of concrete, you do you, boo. It ain’t for me. But none of you city folk is gonna ask me why I hate you.

No one has ever asked me why I hate fans of the television show Orange Is The New Black, regardless of the fact that despite trying a dozen times to get into it, I just couldn’t do it. No matter how hard I tried, I just couldn’t feel the, “haha, prison!” theme. I liked the book, don’t get me wrong. The show is… well… it’s like those frozen hors d’ouvres you get at Costco: looked good on the box, but wholly underwhelming once consumed. I don’t like the show but there’s a curious lack of OITNB fans asking why I hate them in my inbox.

I can disagree with people on many topics: the death penalty, abortion, legalizing drugs, socialism, animal rights, taxation, health care and immigration, and yet none of these disagreements ends in the other person assuming I hate them. No, that only happens when I express my opinion on religion. Religion is the one topic you must either agree on or keep quiet your disagreement, else you’re a goddamned hater.

You know what I think, though? I think you want atheists to hate you. I think you romanticize the idea because it gives you a reason to look down on us. That’s why you never ask, “Do you actually hate me?” instead of condescendingly telling us we do, because you know as well as I do that our answer isn’t going to fit your narrative.

But that brings about an important question: when your faith leads you to literally fantasize about groups of people hating you, is it any wonder we are critical of it? Not really, right? Because that’s what decent people who don’t hate you would do, isn’t it?

So, no, I don’t hate you. I think some of your ideas are poor is all. Plus, I like to talk about it. So, maybe next time you’ll ask an atheist if they hate you instead of telling them that they do. Maybe next time you’ll drop the condescending attitude and try to speak to us as though we are equal to you. Because if you don’t, one day you might actually find an atheist who hates you, but it’s going to have nothing at all to do with your religion and everything to do with your complete inability to speak to an adult without sounding like you have your hand crammed in a puppet. 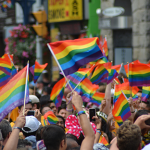 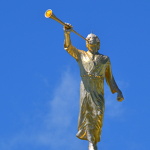 June 18, 2019 10 Shocking Facts About The Mormon Church
Recent Comments
27 Comments | Leave a Comment
Browse Our Archives
get the latest from
Nonreligious
Sign up for our newsletter
POPULAR AT PATHEOS Nonreligious
1