My Daughter Got A Bible For Her Birthday, What Should I Do?

My Daughter Got A Bible For Her Birthday, What Should I Do? July 16, 2019 Courtney Heard 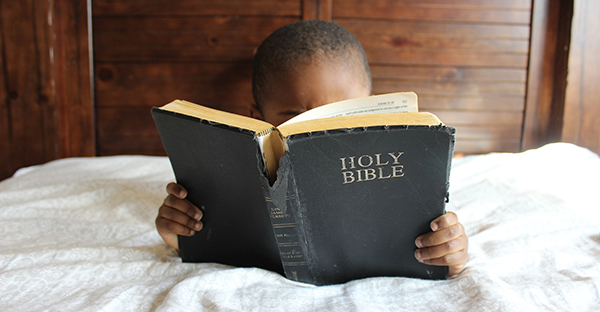 When my son was born, my Danish sister-in-law gave him a book of Hans Christian Andersen fairy tales. We have cherished it for eleven years, now. When he was smaller, we would read from it together at bedtime. Nowadays, he’s consuming more challenging books on his own — the Giver, The Chronicles of Narnia, The Land of Stories, etc. But his book of fairy tales from his Aunty Tine sits on his shelf, still loved. Maybe one day he’ll pass it on to his kids as I gave him my book of Peter Rabbit stories I received when I was a baby.

It is doubtful, however, that he will ever believe the tales in either of these books to be true.

That’s because I’ve raised him with a solid understanding of what is real and what is not. I’ve taught him to be able to question claims that seem more outlandish, especially, but also to never fear questioning anything at all. I even urge him to examine the things I say. So, I never worry when he’s faced with a brand new book full of implausible tales. He’s far too skeptical a person to end up believing in talking snakes and humans living in the belly of a whale.

Recently, someone asked me this,

My very religious grandmother has expressed her intent on giving my daughter a children’s Bible and the Book of Mormon at her birthday party later in the month. We are not religious, and she knows that. I can’t help but feel she’s planned this so that my daughter will have to open it in front of everyone else. I don’t want her to give these books to my daughter, and if she must, I’d prefer she hand them to me so I can just donate them to the library or something before my kid sees them and asks questions. What should I do?

Just like the Adventures of Peter Rabbit or a book of Fairy Tales by Hans Christian Andersen, the Bible and the Book of Mormon are collections of moral tales and nothing more. There are no magical indoctrination powers embedded in the pages as you turn them. The mere act of owning them, or even thumbing their pages, is not going to turn your daughter into a believer.

The stories in the Bible and the Book of Mormon are just as wild and unbelievable as a talking rabbit dressed in a little blue jacket. For a child to accept these crazy tales as the truth, indoctrination needs to occur, and that is a hefty, time-consuming task.

Your daughter would first need to be told, over and over again, that these stories are true. That’s not enough, though, as many parents do this with Santa, the Tooth Fairy and the Easter Bunny and kids still manage to sort out that these things are not real. They figure it out when doubts creep in, and they inevitably ask questions. This is the second part of the indoctrination. If your child is to believe the Bible and the Book of Mormon, she will also have to be discouraged from asking questions that are going to come up as she consumes these stories. The third (and some would suggest the most crucial) part of indoctrination is setting an example. Children mimic their parents. When they have devout parents who make a spectacle of prayer, often they will do the same.

On the flip side, when a child is raised in a home where no age-appropriate books are off-limits, where questions are encouraged and rewarded with meaningful answers and where her parents never pray or attend church, it is doubtful that she will end up believing the stories in the Bible.

My suggestion is to graciously accept the gifts. Then, behave as though there is nothing different or exceptional about these books over any others. Treat them exactly the same as you would a Harry Potter book or The Land of Stories series. If you treat these books as different or off-limits, your child might wonder why. It will be a source of mystery and curiosity, and you’d be inadvertently giving them power. If these books have no special place in your household, either positive or negative, they will have no influence over her.

You can also make a point of sitting down with her to read the stories from the Bible as you would any other fairy tale. Have an open dialogue about what is possible and what is not. Don’t be shy about telling her that you don’t believe any of it and ask her if she thinks the things you’re reading are possible. You can even explain that some people believe these things to be real, but that advancements in scientific knowledge are proving some of the stories in the Bible to be impossible.

The point is, talk to her about it. Expose her to these ideas on your terms because she will be exposed someday whether you want her to be or not. I always feel it’s far better to control their first experiences with beliefs like Christianity. If you try to avoid the topic and hide it from her, she’s going to come across someone, someday who will expose her to it and that person is going to be the one in control of the message. Don’t wait for that to happen. Instead, take charge now and use it to exercise critical thought and skepticism.

How would you deal with this situation? Let me know in the comments! 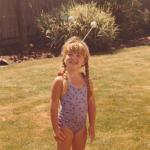 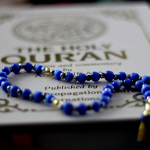 July 18, 2019 Why Being An Outspoken Atheist Is The Hardest Work I've Ever Done
Recent Comments
124 Comments | Leave a Comment
"If you don't fear death, then atheism is working for you. When three medical specialists ..."
bill wald 10 New Questions I’ve Never Been ..."
"The Nigerian-American Community and the Embassy in the US would then pressure the Nigerian Government ..."
Christian Death For Atheism: How Do We ..."
"My point is that your "arguments" have been refuted thousands of times already.If you want ..."
TheMarsCydonia Are These 7 Arguments For A ..."
"Looking through the cast of The Odyssey I was looking up what had happened to ..."
lone wrecche How To Say Goodbye
Browse Our Archives
get the latest from
Nonreligious
Sign up for our newsletter
POPULAR AT PATHEOS Nonreligious
1