When Jennifer Thompson-Cannino woke to a man in her room, she vowed to do everything she could to save herself and get this man caught. It was 1984, and she slept alone in her apartment. When she was awoken by an intruder in her room she began screaming. The man then held a knife to her throat to shut her up as she offered him anything he wanted to leave her alone. Face to face, they spoke. He said he was not interested in money and proceeded to sexually assault her. Horrified, Jennifer refused to let this man get away with what he was doing. She vowed, while she was being attacked, to study this man’s face. Every last mark, scar and expression. She studied his face the entire time she was being attacked and was beyond confident she could identify this man in a court of law. Jennifer was not a drug user. She was a respected and accomplished college student. She was healthy both physically and mentally and she swore she could recall that face like she could her own mother’s.

Thanks to her quick thinking, Jennifer was able to escape when she offered her attacker a drink. Once in her kitchen, she bounded out the back door and ran to call the police. When the perpetrator realized she’d escaped, he left her apartment and raped another woman in a nearby home.

Jennifer reported her crime and after evidence was collected and a composite sketch of her attacker was made, the police laid out a photo line-up of men, including Ronald Cotton who was identified in a tip that came in that he resembled the sketch. The police, following the correct procedure, told her the man they were questioning may or may not be in the photos.

When asked if she was sure, she assured the detective that she was very sure.

Ronald was brought in for questioning. He gave a mistaken alibi, having mixed up which weekend was in question. This made the police think he was lying.

Ronald Cotton was put in a physical lineup shortly after, from which he was pointed out by Jennifer.

She was absolutely sure.

This identification is a catalyst to one of the most remarkable stories of wrongful convictions. It is part of an ongoing series telling the stories of wrongful convictions in North America. If you have a story of someone wrongfully convicted, or you were yourself and want to talk about it, please email me at mommy@godlessmom.com. See my two previous series on the American Justice System, The Ultimate Punishment and Reasonable Doubt.

The evidence was presented at trial. A sane, sober woman told the jury that as she was attacked by this man. She had studied every feature of his face and had no doubt in her mind that Ronald Cotton was that man who had hurt her. The prosecution then also brought to light that he had “lied” about his alibi for that evening.

Imagine yourself on that jury. Imagine listening to 22-year-old, pretty, responsible, ambitious, blond Jennifer tearfully point out Ronald as her attacker and explain in detail the horror of her attack. Imagine what you would feel in that moment. Likely, rage would build up inside of you. Sympathy for Jennifer would grow. Then you would be told that Ronald made up a story for his alibi, which was proven to be wrong. Ronald appeared to be a liar. Imagine yourself in that situation. It would appear that Ronald was guilty, no? Most people in today’s world would have found him guilty and you can hardly blame them for that, can you?

Not surprisingly, Mr. Cotton is found guilty and sentenced to life plus 54 years for the rape of Jennifer Thompson.

In prison, Cotton worked in the kitchen with a man named Bobby Poole. Bobby stood out to Cotton because the two men looked a lot alike. So similar, in fact, that prison staff and other inmates often mixed the two up. Having maintained his innocence since day one, Cotton wondered if Poole was the real offender in Jennifer’s case and the case of the woman who was attacked afterwards. When he asked Poole, Poole denied having anything to do with either crime.

However, a short time later, a mutual friend of Cotton and Poole’s confided in Ronald that Bobby had confessed to both sexual assaults while they had been alone in their cell one night.

Armed with this information, Cotton sought to overturn his convictions unsuccessfully several times. Jennifer was brought in to look at the two men and swore up and down that Ronald Cotton was the man who had assaulted her.

It wasn’t until he paid attention to the OJ Simpson trial, that it dawned on Cotton to request the preserved rape kit be tested and compared to his own DNA. In 1995, his request to test the DNA evidence was granted.

The results came back. The DNA matched Bobby Poole, not Ronald Cotton. After eleven years in prison, Ronald Cotton was set free to get his life back on track.

Soon after, he met Jennifer Thompson-Cannino. She sobbed and apologized. He cried and told her he had forgiven her a long time ago. Quickly, the two became best friends, which they still are to this day.

Now, Jennifer and Ronald tour the country giving talks about the failures of eyewitness testimony and how even the most certain witnesses are just as likely to be wrong as they are right. Together, they wrote a book called Picking Cotton, which is worth every moment it takes to read. One of the most unsettling stories of wrongful convictions leaves you unable to trust your own memory and has a very real, very literal Happily Ever After. 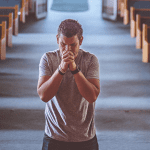 August 27, 2019
What Would You Do If Christianity Were Proven True?
Next Post 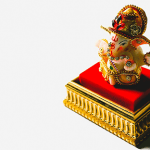 September 3, 2019 The Skepticism Theists Share With Atheists - Why Don't They See It?
Recent Comments
5 Comments | Leave a Comment
Browse Our Archives
get the latest from
Nonreligious
Sign up for our newsletter
POPULAR AT PATHEOS Nonreligious
1 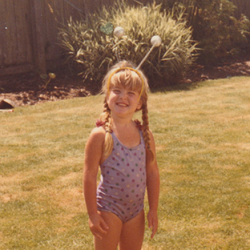 Nonreligious
I May Be Guilty Of A Lot Of...
Godless Mom
TRENDING AT PATHEOS Nonreligious