9 Things Evolution Is NOT 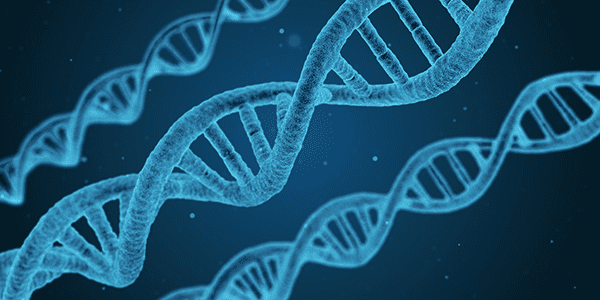 So, here’s a thing I discovered: Don’t argue with an evolution denier right before bed. You’ll more than likely wake up with a migraine the size of Ken Ham’s ugly. If you’re wondering, that’s slightly smaller than his stupid, and just a tad bigger than his goofy. In any case, I have an evolution headache so I thought I’d clear up a few misconceptions about it, that just about any idiot could understand. I know, I know, the problem isn’t that the deniers can’t grasp these simple concepts, but rather, the problem is that deniers avoid reading pieces like this one, so they can continue to live in their bubbles of ignorance, clinging to the idea some self-doubting dudebro in the sky created all these billions of lightyears just for us and Ken Ham’s ugly.

I’m gonna write this anyway. Think of it as me pouring out my migraine onto the page.

Here are ten goddamned things evolution is not, no holy. NOT.

Evolution is just a theory not based on facts.

“I have a theory about why Elliot has no control over Mr. Robot.”

It usually means you have little to no evidence to back it up, and you’re just guessing based on your own personal deductions, which have not been tested in a controlled environment, undergone a peer review process or been proven in any way. A theory, as we use it every day, is just a wild stab in the dark, a guess at best and one for which we have little to no evidence. On the flip side, “theory” as it is used in science, is, according to Wikipedia,

a well-substantiated explanation of some aspect of the natural world that is acquired through the scientific method and repeatedly tested and confirmed through observation and experimentation.

No, evolution is not “just a theory”. It’s a scientific theory. It’s well-substantiated, evidenced, and true. Saying evolution is just a theory makes those of us who know better think, “aww, isn’t that sad. He has no idea that theory means something entirely different in science.” You look ignorant and uneducated.

2. It’s not a behavioural guide. It is not how we determine right and wrong.

It means we are taught Humans are equal to animals. Instead of the Christian world view that humans are made in the image of God and that is why murder is bad.

If evolution is true murder is not bad it’s survival of the fittest.

Evolution and survival of the fittest are both descriptive: they are what we use to describe the world around us and how it works. These are not prescriptive. They have nothing to say about how we should behave. Saying that evolution makes murder okay, is like saying that the fact the sky is blue makes public nudity a moral act. The two are not related.

3. Evolution is not a belief.

Do you believe in evolution or intel design, God created?

No, no, you don’t believe in facts. You have knowledge of them. I don’t believe I’m a mom. I know I am. Unless my son is not mine… wait a minute… Godless Dad!

4. Evolution is not a process with which one individual can give birth to a different species or transform, within that individual’s lifetime, into another species.

evolution cant explain life.their is no evidns of fish turn n in2 mammals its faith based.

Evolution does not apply to individuals. It applies to entire populations of species. The change is gradual, and minute and takes millions of years. A mother may give birth to a member of the same species with one small, tiny variation. If that variation or mutation results in an individual better adapted to its environment, the individual is more likely to survive than those without the mutation. If he survives longer than those without it, he has more time to reproduce before he dies, passing down that mutation to more members of the population who then also survive longer than their counterparts without said mutation, and are, as a result, able to reproduce more. Eventually, after many generations of this species, an entire population has this one tiny mutation. As many millions of years go by, enough of these variations can pop up and be passed down to future generations, and eventually, there will be a population that hardly resembles the species it came from many generations back. While that original species still exists, there is now a new one that came to be through countless variations/mutations and it’s impossible to pinpoint where one species became another. It’s so gradual and takes so long, there is no one moment that can be pointed to as the moment this species became that species.

No, evolution does not make us meaty transformers; no one is asserting we’re all shapeshifters. No, this is not some Mulderian theory that involves alien DNA that gets Scully in a huff. It’s a gradual process, like a daughter being born with blonde hair to brown-haired parents. Slight change over time.

5. Evolution does not attempt to explain the origin of life.

Non-creationist information theorist Hubert Yockey observed that the evolutionary conclusion on the origin of life has been accepted based on faith not fact.

Evolution only attempts to describe the process through which life diversifies. What this tweet is talking about is abiogenesis. Not evolution. The tweet should be read as: I never paid attention in science class and for some reason, I’m proud of it.

6. Evolution does not have goals.

Can you ever be wrong? (if you will be honest enough to admit it). Evolution seeks to deny anything spiritual, moral corruption or the need of a Savior and ultimately no accountability for one's actions beyond what the law says. Suppose you are wrong? And there is a God indeed…

No. Evolution is not a movement. It’s got no goals, no direction. Evolution is, rather, a way to describe how life became diverse. That’s it.

7. Evolution is not synonymous with natural selection.

@AmberSherwoodK @thezenofgavin I'm told that evolution and natural selection are not the same. I tend to feel that they are linked.

8. It’s not progress – it’s not a system where things get objectively better.

If evolution is true, why would we give up the strength? Can't we just have both strength of chimps and intelligent as human being?

Because that’s not how evolution works. Evolution is not about bettering a species, period. It’s about the suitedness a species has to its environment, allowing it to survive and reproduce. If a species is suited well enough to its environment to survive and reproduce, environmental pressures to change are, by definition, limited, and therefore, very little change will take place. Humans, as you can tell by our planetary population, are doing just fine in the reproduction and survival categories. Not much evolutionary change needs to happen then, unless we find ourselves in a different environment that begins to threaten our survival, such as an environment that could be a result of climate change.

9. Evolution is not random.

Every experiment ever conducted prove that complexity doesn’t come from random processes. So all of them

Evolution via natural selection rewards traits that are well suited to the environment in which the species finds itself. That’s hardly random. As the term “natural selection” implies, it’s quite selective.

These points about evolution are all so simple, that even a copywriter like me, lacking much scientific education, can grasp them. It’s astonishing to see grown adults unable to wrap their minds around these simple concepts, especially while arguing against evolution. You’d think people would want to understand, thoroughly, the theory of evolution if they’re going to try to take it down. Nothing makes it clearer that you have no understanding, at all, of what evolution is than uttering the points in the tweets above. You make it painfully obvious that the only reading or education you’ve ever had on the topic of evolution came from young earth creationists and those hawking nothing but straw men. You make it so clear, how desperately and pitifully you lack any sort of education at all. To avoid any future embarrassment for you and those who attempted to educate you, you might think about informing yourself. Avoid Ken Ham’s Answers in Genesis, and start here:

What have you heard people say about evolution that you know is not true? Let me know in the comments! 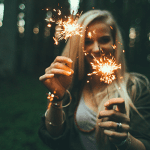 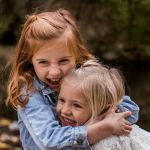 September 11, 2019 How To Stop Your Religious Parents From Indoctrinating Your Kids
Recent Comments
68 Comments | Leave a Comment
Browse Our Archives
get the latest from
Nonreligious
Sign up for our newsletter
POPULAR AT PATHEOS Nonreligious
1 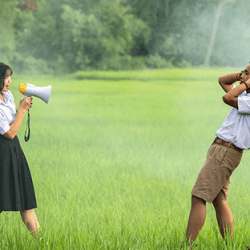