In Seven Days, We All Become Killers

In Seven Days, We All Become Killers November 13, 2019 Courtney Heard 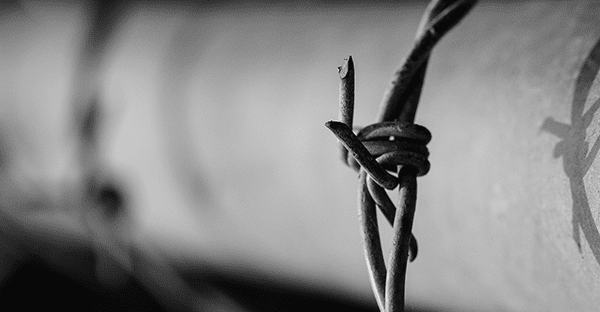 Her body had been thrown away like trash. It was 3 pm on the same day Stacey Stites went missing that she was discovered strangled with her own belt. Earlier that morning, co-workers and family had already rung the alarm bells when Stacey failed to show up for work. They’d already found her fiance’s truck in a nearby parking lot, which she used to drive to work. The case went, in a matter of hours, from mild concern for her whereabouts to an all-out homicide case.

Stacey was engaged to be married to Giddings police officer Jimmy Fennell. It was his truck that she’d used to drive to work each morning, and his vehicle spotted in the parking lot, empty, early on the morning Stacey failed to show up for work. Jimmy very quickly became the prime suspect, but despite the fact that he failed two polygraph tests, the case against Jimmy was dropped. This was partially due to the fact that Carol Stites, Stacey’s mother who lived downstairs from the couple, was willing to testify that she heard just one set of footsteps going down to the truck in the morning. She also said that when she went to tell Jimmy that Stacey didn’t show up for work, Jimmy appeared to have been sleeping and had to get dressed before leaving. This implies that Stacey left their apartment on her own, leaving Jimmy asleep in bed.

A year later, police get a match on the DNA on Stacey’s body. It matched a man named Rodney Reed. The truck Stacey had allegedly been driving was found just around the corner from Reed’s mother’s house, where he was often found. When Reed was first brought in for questioning, he denied knowing anything about Stacey Stites, but when he realized the police had a DNA match, he changed his story. He claimed he had been in a relationship with the girl.

None of what he said mattered, though, as Rodney, a black man, faced an all-white jury as they sentenced him to death.

From here, it seems we have a pretty open and shut case. Especially if we add to the evidence the fact that Rodney Reed had been accused of sexual assault by other women prior to the Stacey Stites murder. Really, it looks like a clear-cut case of guilt. We have his DNA inside her, we have him changing up his story to match the evidence, and we have what would appear to be a history of sexual violence against women. Done and done. Fry him, right?

Not so fast. Before we go over the evidence that has been brought forward since I want to remind you that a death sentence is permanent. Rodney is scheduled to die on November 20th. That’s seven days away. In seven days, this man will most likely be dead and there will be nothing we can do to reverse that if we discover a mistake has been made. As such, it is not his innocence we must prove to delay the death sentence, but rather the mere presence of doubt in this case. Doubt is an indicator that there is a chance we could be getting this wrong. If there is any chance we could be getting this wrong, it is our moral duty to stop this execution.

In the years since Reed was sentenced to death, loads of new information has come to light.

The first of which is the conviction of Jimmy Fennell in 2007. While on duty as a police officer, Fennell raped a woman in his custody. He was caught and charged with rape and kidnapping and served 10 years in prison after his conviction. Reed had prior accusations of similar behaviour, but no convictions. If we’re going to look at these accusations against Reed as evidence that he could commit the crime against Stites, then we must use Fennell’s conviction in the same way. Now, we are pretty certain each suspect has a similar behaviour pattern.

We have also heard from some of Stacey’s friends who have come forward on behalf of Rodney. They claim to have had conversations with Stacey about the black man named Rodney she’d been sleeping with. These friends also claim that Stacey was afraid of what might happen if Jimmy found out Stacey had been having an affair. They note that Stacey had complained on many occasions about Jimmy’s violent temper.

This information does two things: it corroborates Rodney’s story that he was having a consensual affair with Stacey, and it also gives Jimmy a motive for murder.

Forensic experts testified in Reed’s original trial that the DNA evidence found on Stacey’s body could only have been consistent with sexual assault. Since the trial, this statement has been called out by experts in the field as a complete fabrication; that there is no way to determine if this source of DNA is present in a body as a result of assault or consensual sex. The original experts who made this claim at Reed’s trial have since admitted it was wrong.

Further, forensic experts for the Innocence Project found that Stacey’s time of death was before she left for work, not after, placing her in the apartment with her fiance, Fennell.

A police officer who worked with Jimmy Fennell claimed in a sworn affidavit that Fennell had confided in him just before the murder that he was sure Stacey was sleeping around with a black guy.

The final bit of information that has come to light is the alleged confession by Jimmy to a cellmate that he had killed his “n*****-loving girlfriend”.

There is more evidence to be tested as well, but the state has denied testing. The murder weapon, which was Stacey Stites’ belt, has never been tested for DNA. This could be one piece to the puzzle that tells us which one of these men, if either, killed Stites, but the state of Texas is refusing to test it.

We are left with two suspects, each of whom could have committed this crime. Each of these men has evidence pointing towards his guilt. Each of them is as likely as the other to have been the man who killed Stacey Stites.

You don’t have to like Rodney Reed to know that enough doubt has been cast to halt his execution here. You don’t have to think he has a case of actual innocence to know that putting him to death could be a grave mistake. There are clear and unmistakeable questions about this case and that means there exists doubt.

I am sure that whether you support the death penalty or are as vehemently against it as I am, you can agree that where doubt exists in a criminal case, we must never carry out a death sentence.

We must never execute a man when questions still exist about his guilt, lest we become murderers ourselves. 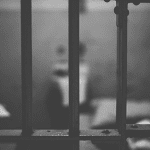 November 12, 2019
I Wish This Was A Bigger Issue In The Skeptic Community
Next Post 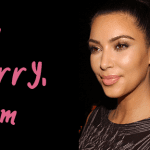 November 14, 2019 Why I Owe Kim Kardashian West An Apology
Recent Comments
19 Comments | Leave a Comment
"If you don't fear death, then atheism is working for you. When three medical specialists ..."
bill wald 10 New Questions I’ve Never Been ..."
"The Nigerian-American Community and the Embassy in the US would then pressure the Nigerian Government ..."
Christian Death For Atheism: How Do We ..."
"My point is that your "arguments" have been refuted thousands of times already.If you want ..."
TheMarsCydonia Are These 7 Arguments For A ..."
"Looking through the cast of The Odyssey I was looking up what had happened to ..."
lone wrecche How To Say Goodbye
Browse Our Archives
get the latest from
Nonreligious
Sign up for our newsletter
POPULAR AT PATHEOS Nonreligious
1