How Can You Believe That Something Came From Nothing?

How Can You Believe That Something Came From Nothing? January 8, 2020 Courtney Heard 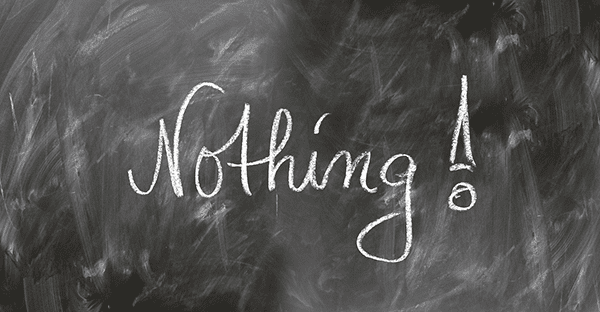 The height of my science “career” was making paper maché volcanos in grade two that erupted in a pungent, vinegary mess. I mean, I took bio in high school, and I passed, and I was super interested. I just wasn’t as interested in that as I was, say, my boyfriend’s dimples or maybe the latest Pearl Jam album. I’ll put it to you this way: science blows my mind, but my understanding of it is about the same level of understanding Tony Hawk might have of makeup highlighter: pretty much limited to, “Woah, cool!”

So, when theists ask me, way too often, how I can believe that something came from nothing, you can understand how absurd the question is to me. I mean, I don’t know the first thing about what may have existed before the Big Bang. I don’t even really understand fully what hypotheses are under exploration. I barely have a grasp on what the Big Bang itself is.

I guess, in the forty-two years I’ve been an atheist, I just never got the memo that I was supposed to believe that something came from nothing. My position has always been, instead, that I dunno. It’s a big, fat shrug.

“Hey GM! Where did the Universe come from?”

“Beats the hell outta me” is what my answer would be after the inevitable, “up your butt, Jobu.” As you know, my maturity peaked with those paper maché volcanoes, too.

It’s strange to me that some believers think that atheism is a position on the origins of the universe. That, because we don’t believe a god made all of this, we must have some other explanation. It simply does not cross their mind that our answer might be “dunno.”

It’s just not the case at all, and this question ends up telling us a whole lot more about the asker than it does about the person answering. It tells us that the theist is so uncomfortable with the state of not knowing that he cannot fathom someone okay with it. We must have an answer of our own.

The thing is, though, we are okay with not knowing. There are plenty of things we don’t understand at this stage in human knowledge, and the best thing about being able to admit we don’t know is that it leaves room for investigation. Insisting you already know closes that door very quickly.

I asked some of you on Twitter how you answered the question, “How can you believe something came from nothing?” and here are some of the best answers,

I don’t. This is a lie that apologists constantly tell about Atheists.

Why not investigate yourself what Atheists actually believe rather than making assumptions?

I ask them who made that claim.

That’s not the belief of myself, science, or atheists in general.

I would say the question only makes sense if you assume “nothing” is the default state of reality – an assumption that has no objective basis to take.

I question whether nothing ever existed (the idea of ‘nothing’ ‘existing’ seems logically impossible). I think the singularity is ‘something’ and has always existed. Therefore we’re not saying something came from nothing, but rather there was always something.

I tell them to ask someone who believes that.

As you can see, you’re all one hell of a lot smarter than I am when it comes to this sort of thing, but kids, if you ever need help with your paper maché volcano, you know who to call.

What’s your answer to the question, “how can you believe something came from nothing?” Let me know in the comments! 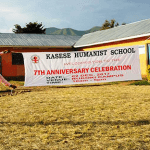 January 6, 2020
Why I Choose To Work For Atheist Alliance International
Next Post

January 17, 2020 Have You Suffered From Religious Trauma?
Recent Comments
186 Comments | Leave a Comment
Browse Our Archives
get the latest from
Nonreligious
Sign up for our newsletter
POPULAR AT PATHEOS Nonreligious
1

Nonreligious
7 Things to Ask an Atheist - My...
Godless Mom 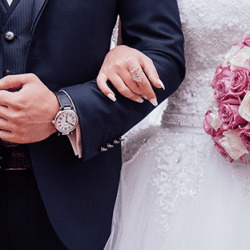 Nonreligious
You're A Heathen! You Can't Get Married!
Godless Mom
TRENDING AT PATHEOS Nonreligious