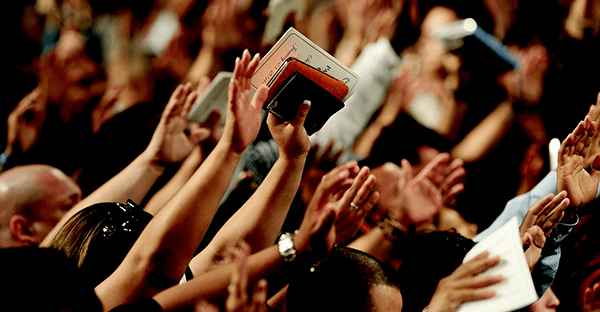 Few people are unaffected by the pandemic hitting our species right now. Whether you’re rich or poor, black or white, Christian, atheist or Jewish, every group is suffering the fallout of COVID-19. As such, this is no time to start blaming each other, and that’s not what I am trying to do with this post. I feel it necessary to mention that there are plenty of religious people out there who are putting facts and science before their faith. They are trusting the medical system and the advice of experts in this time of turmoil.

This post is about blind faith and putting god above all, including the health and lives of your neighbours. This post is about the small pockets of religious people who, in a time of worldwide panic, are choosing to “let go and let god” rather than acknowledge evidence-based advice. This post is a reminder of the importance of electing scientifically literate officials who will lockdown and enforce the lockdown to protect even the most stubborn and uneducated of us all.

1. My fellow activist, Yasmine Mohammed, posted this recently on Twitter:

And the he infected his whole family before he died. The End.pic.twitter.com/Cq97g8KQfE

The perfect little shareable clip that illustrates the willful ignorance of blind faith. There’s a part of me that wants to laugh at the sheer stupidity of this, but I can’t because I know this attitude will end up in real, quantifiable deaths. The smugness of this clown will be short-lived as the people around him start to become infected. That blind faith will prevent him from ever admitting he was wrong, though. Instead, I predict mysterious ways will be the culprit once again.

2. Imagine my shock when I learned the leader of a Mega Church was ignoring the advice of scientists and medical professionals. Pastor Rodney Howard-Browne turned himself in after bussing congregants into two separate services held at his gag-inducing gargantuan Godnasium. He assured his flock that he had spent hundreds of thousands of dollars on super magical machines that would destroy any virus the moment a person walked through the door. He even claimed it was the most sterile structure in the entire country. Just stop and imagine that was true for one moment, that these machines existed and he was the only one with access to them. Why would he put them in a church? Why not hospitals? Why wouldn’t he invite the infected into his squeaky clean Jesuseria so they could all be cured? What is wrong with the people who believed him and felt that it was perfectly acceptable to prioritize a church over hospitals when making use of this tech? I’ll leave you with those questions because I think we all know the answers.

3. Over 3000 people in India got together for a multi-day event at a mosque and ended up getting locked in as attendees began showing symptoms of COVID-19. Officials in India had to search for attendees who had left, close up the town the event had been held in and bus patients to hospitals and quarantine centers. Over 100 positive cases of COVID-19 have been traced back to this event so far.

4. Donald Trump has spent resources and time on prayer calls and events, while the US exceeds 1,000 COVID-related deaths in 24 hours. He continues to push prayer as a valid method for fighting this virus – when we need leaders to be promoting the evidence-based practices of prevention, this man keeps yapping about magic. Make no mistake, he is sacrificing American lives to this angry god of his.

5. Pastor Tony Spell of the Life Tabernacle Church in Baton Rouge, Louisiana, is facing misdemeanor charges for continuing to hold services at his church despite a ban on gatherings in Louisiana. Even with these charges pending, he once again bused in congregants to attend his church services where they were not practicing social distancing, sharing hugs without a care in the world. They would all be perfect contenders for the Darwin awards if it weren’t for the fact that they will spread the virus to others – this isn’t an illness that restricts itself only to those who make stupid decisions. Unfortunately, the dumbassery at play here has grave consequences for us all.

6. The thirty-first patient to test positive for COVID-19 in South Korea was a member of the Shincheonji Church of Jesus. When she began showing symptoms, she refused testing and attended several church events, where members are said to congregate very closely, filling each other’s personal space. When they finally tested Patient 31, and the test came back positive, the government struggled to track down church members due to the overwhelming secrecy surrounding this sect. The church’s leader claims to be the second coming of Christ and its members make up the majority of COVID-positive cases in South Korea.

7. The governor of Florida has deemed churches “essential” and will allow in-person services if online won’t do. I mean, what else can you really say about that? Florida gon’ be Florida and Florida, it would seem, is hell-bent on total annihilation.

8. Ahh, the Wailing Wall in Jerusalem, where people will pray for protection from this virus now and in a few short weeks, they will head back to pray for the eternal soul of all the people they infected. An exemption was made for prayer gatherings at the Western Wall of Jerusalem’s old city.

9. In Bangladesh, where religious zealots hack secular bloggers to death in the streets for sport, 30,000 dumbasses got together to pray and cough on each other.

10. It’s becoming more and more apparent that a massive prayer meeting in France has directly led to the enormous numbers of infected in France. The country’s health care system is officially overwhelmed, and they are reporting over 500 deaths per day. A perfect example of how just one gathering can turn your entire country upside down. If you think your country is okay now, all it takes is one assembly of dunces to change everything.

11. Kingdom Church in Camberwell, London, is doing its best to out-stupid Florida. Bishop Climate Wiseman (that’s his real name?) told his parishioners that a bit of red yarn and some super magical Jesus oil could protect you and your loved ones from the coronavirus. Wouldn’t you know it, ol’ buddy Climate Wiseman was good enough to assemble said oil and yarn in a coronavirus protection kit and sell them on his divine web site! You know, I often wonder: if Biblical morality is so damned great, why isn’t there a commandment that says, “Thou shalt not take advantage of the short-of-brick in times of crisis. ”

Blind faith, ladies and gents. It leads you to church and worship, mosque and synagogue even when the answer to your prayer is thousands of deaths. What would stop people convinced they will live on forever? Definitely not a pandemic, of that we can be sure.

April 3, 2020 Don't Tell Me How To Cope With A Global Pandemic
Recent Comments
27 Comments | Leave a Comment
Browse Our Archives
get the latest from
Nonreligious
Sign up for our newsletter
POPULAR AT PATHEOS Nonreligious
1

Nonreligious
Coping With The Anxiety of Covid-19 as an...
Godless Mom
TRENDING AT PATHEOS Nonreligious