It comes from a May 18 post from Jack Wellman’s Christian Crier: For Ye Have Ears to Hear blog on the Patheos Evangelical Channel. What’s really disturbing about it is that it blithely echoes, with zero substantiation (as always), what virtually all Christians believe on faith alone. He writes:

“We know that Resurrection Sunday was part of history, but this epic event also changed history, but people still ask, “Is there any real proof of the resurrection of Jesus Christ?” Could you prove it to anyone that asks you about it? You can talk to people about evidence for the resurrection, but many still won’t believe because they choose not to believe. They don’t even think about it, but it’s not a matter of physical or historical evidence that makes a person believe. It’s a matter of the heart. Jesus told His disciples, “For flesh and blood has not revealed this to you, but my Father who is in heaven” (Matt 16:17), and concerning what is to come, the Apostle Paul writes, “God has revealed to us through the Spirit. For the Spirit searches everything, even the depths of God” (1 Cor 2:9), so Jesus won’t be known by empirical evidence, because “The natural person does not accept the things of the Spirit of God, for they are folly to him, and he is not able to understand them because they are spiritually discerned” (1 Cor 2:14). Only God can change the human heart (Prov 21:1), but He may use us as a means to do so, especially when it comes to loving others (John 13:34-35). Christians already know that their hope in Christ is not a hope-so faith, but a know-so faith. God has shown it to them.”

Um, what again? No matter how many times we nonbelievers hear these unsubstantiated musings it never gets easier for us to understand how any rational person could believe them. And we’re not just being closed-minded and biased. There really is nothing there except belief.

The only true idea in this entire paragraph is that a man named Jesus, who is barely mentioned in history except in the subjective holy book of Christianity, purportedly once walked on earth. Infallible evidence does not exist confirming that he was, as Christians claim, divine, or that he transgressed with “miracles” the immutable laws of physics and reality.

But there it is in a 21st-century blog under the headline “How I Came to Believe in Jesus’ Resurrection,” as though his existence, divinity and legendary bodily resurrection into “heaven” after death are as irrefutably true as the fossil record.

Pray tell, how? And don’t tell me that I have to believe, first, before it all becomes irresistibly self-evident. I don’t buy that self-delusion for anything else in the real world, much less the centrality of my  existence.

In a nation where upwards of 70 percent of the population subscribes to the existence of invisible beings and realms, many fervently, even worshipfully, the echo chamber constantly rewards such wispy, wishful thinking, but never questions.

And so the fantasy continues for yet more centuries without an iota of proof or verification.

Billions of people who believe in divinities today, and tens of billions more who believed in preceding millennia can’t be mistaken, you say? The words of the prophets are written on the subway walls and tenement halls of the world, you say? That’s indelible confirmation, you say?

If that were true, Hitler was a demigod. All of Germany was four-square with him, after all, and his dark memoir, Mein Kampf (My Struggle), was the unquestioned holy book of the Third Reich. And then they started slaughtering Jews for pure bigotry.

Let those of us not enthralled with imaginary chimera stop, with our congenial silence, accommodating these made-up things as self-evident, as inescapably true.

And we need to say so. Often.

Please sign-up for new-post notifications from my blog (upper right).

Comments and sharing are appreciated! 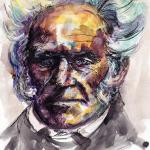 May 22, 2018
Sage Advice: Religion Preys on Children
Next Post 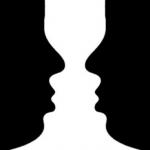 May 24, 2018 Overthinking: Why Do We Make Easy Hard?
Recent Comments
0 | Leave a Comment
Browse Our Archives
Follow Us!