Should Indoctrinating Children in Religion be Illegal?

If the legal military enlistment age worldwide were raised from 18 to 21, there would probably be a lot fewer wars.

That’s the excellent, very good theory of my brother-in-law, a smart, very rational South Dakota farmer and a long-ago U.S. National Guard enlistee at 18. The germ of his theory is that relatively wizened 21-year-olds, as opposed to totally clueless teen-agers, are far more likely, before enlisting, to properly weigh the certain dangers of combat against dreams of warrior glory.

I think he’s right about that.

And I would also like to propose — with a snowball’s chance in July of success, no doubt — the exact same legal minimum age for formally indoctrinating young people in religion. By prohibiting such proselytizing until young adulthood, I imagine, we’d probably soon end up with a lot fewer Christians in America. Indeed, despite rigorous and longstanding childhood indoctrination in the country, the hordes of Christian faithful are already steadily eroding as the population of U.S. atheists, agnostics and religiously apathetic folks continues to soar.

The Baptist sect once proposed adults-only baptism, but there was a fatal flaw in their plan.

The Protestant sect’s founding pastor, English separatist John Smyth, decreed in Holland in 1609 that — in strict accordance with scripture, he argued — only adult believers in his flock would henceforth be baptized. Not infants, because he believed, reasonably, that only mature people could rationally profess to the doctrines of their faith. Fair enough.

But to a skeptical mind, the fly in this ointment of this apparently rational piety was the fact that, baptized or not, Baptist children were rigorously, resolutely and irredeemably indoctrinated in Christian dogma from the time they were knee high to a pew pad.

In fact, indoctrination was far more insidiously influential in perpetuating the faith than a river of baptismal water, applied or not. In this fashion, virtually all unbaptized children brought up in the faith inevitably became devout, lifelong Baptists anway.

Another innovative Baptist idea during the Renaissance — separation of church and state — also failed to take hold when it was first proposed in England. It’s formulator, Thomas Helwys, was imprisoned as a dissenter by the anti-Puritan government at the time, and died under lock and key.

Another great would-be Baptist innovator, Roger Williams, formed the first Baptist congregation in the American colonies in 1638 in what is now Providence, Rhode Island. A staunch advocate of “freedom of conscience” and religion, he separated civil and religious spheres in his colony and required no religious litmus test for citizenship in Providence. He was also — and unpopularly — a virulent opponent of slavery and prohibited it in the colony. Ironically, after his passing, Providence became the busiest slave-trading port in America.

The key to faith

It would follow then that interrupting these habits of culture might be the only useful methods for changing them.

However, imagine the political difficulty of legally raising the military induction age to 21 in America, much less prohibiting the religious indoctrination of children. Nonetheless it is not a harebrained idea. More than 190 nations — but not the United States (or basket cases Somalia and South Sudan) — have ratified the 1989 United Nations Convention on the Rights of the Child (UNCRC), a formal human rights treaty that codifies civil, political, economic, social, health and religious (or non-religious) rights of children (under age 18).

The treaty’s religious elements are what gave U.S. negotiators pause. The UNCRC guarantees every child’s freedom from coercion regarding thought, conscience and religion, even from their parents. Article 14 holds that children are free to believe in any or no religion and that parents can guide their children but not force or indoctrinate them to adopt a religion or stop following one. The treaty also restricts involvement of children in military conflicts.

American ratification of the treaty would require a two-thirds vote of the U.S. Senate. However, according to a 2014 story in The Washington Post, “a number of Republican senators, claiming concerns about U.S. sovereignty, have consistently opposed ratification.” In the meantime, the U.S. is sliding among other industrial nations in terms of children living in poverty, availability of maternity leave, and sentencing of child criminal offenders to life imprisonment without parole.

Opponents in America claim that UNCRC ratification would “threaten parental rights.” Michael P. Farris, a constitutional lawyer and president of ParentalRights.org, an anti-UNCRC group, offers lofty rationale for their resistance:

“The chief threat posed by the CRC is the denial of American self-government in accord with our constitutional processes. Our constitutional system gives the exclusive authority for the creation of law and policy on issues about families and children to state governments. Upon ratification, this nation would be making a binding promise in international law that we would obey the legal standards created by the U.N. CRC. American children and families are better served by constitutional democracy than international law.”

According to the Post, however, what the group actually fears is that “ratifying the treaty would mean children could choose their own religion, that children would have a legally enforceable right to leisure, that nations would have to spend more on children’s welfare than national defense, and that a child’s ‘right to be heard’ could trigger a governmental review of any decision a parent made that a child didn’t like.” Heaven forbid.

Still, the U.S. continues to blithely lecture other countries on their children’s rights, while the legally protected enforcement of superstitious ideologies on American children continues unabated. 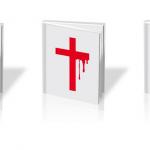 May 12, 2018
Religion, not Politics, Propelled U.S. Embassy to Jerusalem
Next Post 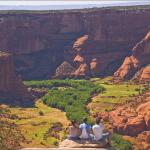 May 15, 2018 This Is Not About Godlessness. Yet Totally Is.
Recent Comments
0 | Leave a Comment
Browse Our Archives
Follow Us!