I Wish I’d Said That: Dawkins on ‘Nonsense’ Myths

Blogger’s note: This is the second “I Wish I’d Said That” post. Here’s the first (in case you care if you forgot).

“I don’t know about you, but I’m becoming heartily sick of being told the obvious nonsense that ‘myths’ are just as valid an approach to the truth as science, just different. No they aren’t. If there were a better way of getting to the truth, science would adopt it.”

I understand why he’s sick of such unsubstantiated musings. Facts are not “situational,” like ethics. They are manifestly what they are — fungible like oil, the same everywhere and in every instance. Myths, unlike facts, are imaginary, ephemeral, artifacts of thought permanently trapped within individual brains (and possibly DNA in some respect, if Carl Jung is to be believed about his “collective unconscious” theory).

Myths themselves simply don’t exist in any real world, only human representations of how they are imagined.

In any event, as scientists such as Dawkins and others must constantly restate, science is the opposite of theology. One is the factual, evidence-based study of material reality; the other is the study of  unverifiable, nonmaterial beings in an invisible, inaccessible netherworld. These are wholly imaginary.

Note that when Bible-based “creationists,” for example, try to insert so-called “creation science” into science schoolrooms and textbooks, they are trying to insert unknowable surreality into knowable reality. It’s like inserting astrology (“What’s your sign?) into astronomy (the science that placed humans on the moon, manmade vehicles on Mars and a spacecraft crafted by us completly beyond our solar sysem).

Equating astrology with astronomy is the same crime as equating myth with fact.

Material truth is not situational, any more than the super beings of myth are existent. 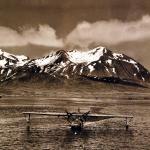 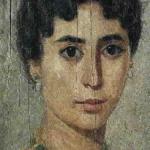 May 30, 2018 Martyrs of Reason: Hypatia of Alexandria
Recent Comments
0 | Leave a Comment
Browse Our Archives
Follow Us!