I love Aristotle, one of the most prominent of the ancient Greek sages who dared question the existence of gods.

And as time passes, I just love him more.

There he was nearly 2,400 years ago vigorously probing the veracity of time-honored Greek religious beliefs, the culmination of an apparently instinctive human tendency to imagine invisible, superpowerful beings probably since the dawn of humankind.

But, Aristotle argued, could such beings actually be confirmed in material reality? Indeed, how could the inherent realness of anything be proven, he and other radical Greek sages began to deeply wonder before starting to figure out how to do exactly that?

These important, even essential, questions and the discussions they compelled jump-started the then-brand-new intellectual discipline of what came to be known as “philosophy,” the “love of wisdom.”

Flayed to its skeleton, philosophy simply (if often in far-too-complex ways for  most of us, in my view) seeks to determine how we know things. Really, testably know, not just believe because we like what they purport to represent. This train of thought birthed science. I’ve written before about one scientific hypothesis negating God.

Seeing these Aristotelian ideas in a fascinating (if long and dense) recent article in the online magazine Aeon, reacquainted me with this remarkable ancient thinker. Aeon publishes challenging articles about big intellectual ideas by prominent contemporary intellectuals in science, philosophy and the arts. When referencing this particular magazine’s articles in this blog, I try to boil down their ideas into more digestible form because I sense that the vast majority of readers have little background or interest in dense, esoteric minutiae of any topic.

Cut to the chase, as it were.

For this blog post, the “chase” is investigating the profound difference between people making private ethical and moral decisions based wholly on practical, human considerations or, in effect, outsourcing those decisions to religiously based moral and ethical doctrines.

It’s an important, timely question in the United States right now as interest among the populace in things religious clearly seems to be ebbing. So-named “Nones,” folks without any religious affiliation, now make up a quarter of the American population, including a sizeable and growing proportion of committed atheists.

Keep in mind that even entertaining the secular ethics is a surprisingly new trend. Author Edith Hall, a classics and Hellenic studies professor at London’s King’s College, wrote in the Aeon article:

“In the Western world, only since the mid-18th century has it been possible to discuss ethical questions publicly without referring to Christianity. Modern thinking about morality, which assumes that gods do not exist, or at least do not intervene, is in its infancy. But the ancient Greeks and Romans elaborated robust philosophical schools of ethical thought for more than a millennium, from the first professed agnostics such as Protagoras (fifth century BCE) to the last pagan thinkers.”

The sunset of the pioneering philosophers’ heroic breakout attempt to turn humanity toward reason and away from superstition came after Christianity grew ascendant in the West after the fourth century A.D. and the Platonist’s seminal Academy in Athens was finally shuttered by Emperor Justinian nearly two centuries later.

In light of the current religious decline in the West, Hall says some contemporary thinkers have revived ancient Greek philosophical schools of thought, such as Stoicism, which in its seminal form was about fully accepting the evils and discomforts of life but finding peace in learning to ignore them.

Intellectuals are also talking again about such philosophies as Hedonism, the pursuit pleasure as a supreme good in itself, and Epicureanism — a more Aristotelian notion — which highly valued sensory pleasure, love and friendship, but felt true happiness came with balance, achieved by avoiding excess in everything, even pleasure.

He proposed that maximum happiness could only be achieved, according to Hall, “by living virtuously, fulfilling your own potential as a human, and engaging with others – family, friends and fellow citizens – in mutually beneficial activities.”

It was a philosophy of joy that required personal actualization and responsibility. Aristotle viewed humans as animals like all others in that they had physical requirements for contentment, such as adequate sex and food. But he also believed humans’ advanced intelligence compared to other animals and tendency to live communally presented special intellectual and social needs. Hall contends Aristotle believed that:

“Humans must take responsibility for their own happiness since ‘god’ is a remote entity, the ‘unmoved mover’ who might maintain the universe’s motion but has neither any interest in human welfare, nor any providential function in rewarding virtue or punishing immorality. Yet purposively imagining a better, happier life is feasible since humans have inborn abilities that allow them to promote individual and collective flourishing. These include the inclinations to ask questions about the world, to deliberate about action, and to activate conscious recollections.”

This is a materialist, not a supernatural philosophy. The idea is that even if there be a god (for which evidence is vanishingly scant), such would be irrelevant to how individual people choose to live their lives anyway.

“It offers to the human race facing third-millennial challenges a unique combination of secular, virtue-based morality and empirical science, neither of which seeks answers in any ideal or metaphysical system beyond what humans can perceive by their senses.”

Aristotle’s prescription for happiness was “goal-directed,” not simply “the accumulation of agreeable experiences,” Hall wrote. The philosopher promoted the development of kindly and collaborative virtues, development of intellectual capacity and the identifying and reaching of individual potential. The goal is to develop an “autopilot” for living a “good,” generous life that improved your own life as well as the lives of people around you.

It is a completely human enterprise, devoid of divinity.

How reasonable is that? 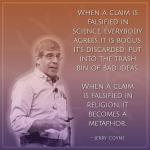 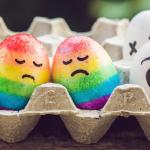