Nazimuddin Samad, a contemporary 28-year-old Bangladeshi Muslim man known for his friendliness and engaging smile, is as much a martyr as medieval Christian icon Joan of Arc.

On the night of April 6, 2016, Samad, a secular blogger and law student in Bangladesh, a floridly devout and crushingly crowded Muslim nation, was set upon by a band of radical Muslims incensed by his religious skepticism. The stalking gang murdered him on a busy street in the teeming metropolis of Dhaka by raining machete blows to the right side of his head and adding a single gunshot wound as a coup de grace. He died immediately.

Samad’s crime? He had the temerity to question the veracity of Islamic teachings and espouse pro-atheist views on his blog, eventually landing on a hit-list of 84 secular bloggers in the country. There was also a political dimension: he supported a 2013 movement to demand capital punishment for war cries during Bangladesh’s 1971 war to gain independence from Pakistan.

The assailants yelled the Islamist cliché “Alahu akbar” (God is Greatest) while carrying out the attack near Jagannath University, according to an article in Britain’s Guardian newspaper. The article noted:

“Samad was known to have been critical of state religion in the Bangladeshi constitution. In the first two lines detailing his religious views on Facebook, he said: ‘Evolution is a scientific truth. Religion and race are [an] invention of the savage and uncivil people.’”

Sadly, Samad was not a rarity. In 2015, attackers hacked at least four other Bangladeshi atheist bloggers to death, plus a secular publisher, “in a long-running series of targeted killings” of secular activists, Al-Jazira news service reported. No one has been prosecuted, although members of the banned Islamist group Ansarulla Bangla Team were briefly detained.

The good news is that Samad’s murder was not completely ignored in Dhaka. Hundreds of protesters reportedly took to the streets after the killing to demand capture and punishment of the assailants. About 350 activists from the secular network Ganajagaran Mancha participated in the protest.

Still, police were unable to identify any suspects, and no group claimed responsibility for the targeted murder, which reportedly is the usual result of such attacks in the rigidly conservative country.

“There can be no justification for the brutal killing of Nazimuddin Samad, who has apparently paid with his life for nothing but being brave enough to speak his mind,”

“I will remember him forever. He was my friend. I grew up with him. … He used to laugh very nicely. He was a very smiley guy. I’ve been remembering his smile.”

The point I would like to make with this post is that the persecution of people for religious doubt has a long and sordid history, and it continues unabated today, not only in America but even more viciously elsewhere in the world. The fundamental reality of religion, especially the monotheistic, supreme-being kind, is absoluteness. To question anything is seen by the faithful as questioning everything. And thus must be stopped.

This has been the way of religion since Christianity emerged with a vengeance after the fall of Rome early in the second millennia. Once the faith gained hegemony in Western Europe in the Middle Ages, burning of heretics at the stake became common.

At least in the United States, our government is at least nominally separated from religious influence, and the opponents of Christian doubt mainly try to persecute nonbelievers with arguments and isolation rather than violence. Although violence sometimes erupts, as when “pro-life” adherents murder medical professionals involved in providing constitutionally legal abortions.

But the Christian Right continues as it has for years to try and insert the faith deeper and deeper into the national consciousness and public institutions, including Congress and schools.

Keep in mind that we are not that far afield from Bangladesh. Virulent passions against nonbelief, as always, remain skin deep everywhere. 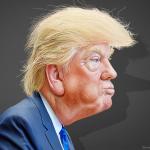 June 7, 2018
Trump's 'Deplorables' as Forgotten as Ever
Next Post 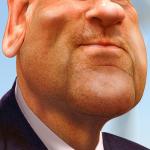 Trump Administration Using Relief Funds To Bail Out...
Unacceptable, Unconstitutional, UnAmerican: In a clear violation of the separation of church...
view all Nonreligious blogs
What Are Your Thoughts?leave a comment
Copyright 2008-2020, Patheos. All rights reserved.