Public blowback was appropriately intense when U.S. Attorney General Jeff Sessions the other day offered a silly biblical excuse for separately incarcerating children and their illegal immigrant parents nabbed at our border.

The Bible says a lot of things that are not only not true but immoral (e.g., God’s occasional order to kill women and children after a battle). It’s a necessarily hugely fallible book because it was written by ignorant men a couple of thousand years ago. They invented phantasms from their own fevered imaginations in a world already teeming with gods and demons rather than putting down hard facts and verifiable interpretations of reality.

Unfortunately, humans are very conservative animals. Once we latch onto ideas, even dumb ones — say, that all things biblical are not only manifestly true and divine but essential to the perpetuation of our civilization — we loathe to unlatch.

So, today, in the 21st century, one of our top government officials thinks it’s OK to blithely insist that since at least one passage in ancient scripture directs citizens to obey their government, we should forever harken uncritically to that apparent command. Even if the consequences are patently cruel and unjust.

Forget that in the modern Age of Facebook and Google, we are supposed to “do no evil,” no matter what might be written in millennia-old texts. And forget that we’re a secular democracy, where the Constitution embodies the right to criticize and oppose anything our government does. The implication in that is that government never gets a free pass.

Still, there was Sessions invoking scripture during a speech June 14 at Fort Wayne, Indiana, as a compelling justification for separating children from their immigrant parents and incarcerating them. Confidently defending his position, Sessions quoted from the New Testament book of Romans:

“I would cite you to the Apostle Paul and his clear and wise command in Romans 13, to obey the laws of the government because God has ordained the government for his purposes. Orderly and lawful processes are good in themselves. Consistent, fair application of the law is in itself a good and moral thing, and that protects the weak and protects the lawful.”

The actual passage is:

“Let everyone be subject to the governing authorities, for there is no authority except that which God has established. The authorities that exist have been established by God.”

This ideology, of course, assumes — with no rational basis whatsoever — that government is always fair and good and moral. If not, and I would argue that our government at the moment, at least the executive branch (and I’m generously not including the Trumpian Congress), is not, the entire concept falls apart.

So there you have it. Our top law-enforcement official says we must condone the imprisonment of wholly blameless immigrant children due to their parents’ transgressions because an ancient text seems to say government is authorized by God to do whatever it feels it must. Even in a democracy, as I said, where the governed theoretically control the governors.

In fact, the reason these kids are being locked-up in the first place is decidedly non-biblical. It’s purely political. The president wants his quixotic, fabulously expensive “wall” built on the southern border, despite nary a serious person thinking its feasible or necessary for national security, and he is incarcerating these youths to pressure Congress into including it in the immigration law he wants passed.

Just to put it into perspective, the Department of Homeland Security recently reported that the Trump administration separated 1,995 immigrant children from their parents between April 19 and May 31. More since.

Note that Romans 13 has a checkered past in American history.

For example, royalist preachers of the England-born Anglican Church in colonial America on the eve of the 18th century Revolutionary War extolled the biblical passage to dissuade colonists from participating in an imminent war against their “British masters” across the Atlantic. The idea was that the British government’s authority superseded that of its colonial American offspring.

Then, in the decade preceding the U.S. Civil War, Southern pastors used the same passage to castigate Northern abolitionists for opposing the Fugitive Slave Act. The congressional legislation — a product of government — required even Northern slave-prohibiting states to return captured runaway slaves to their masters in the South.

In more contemporary times, Romans 13 has also been co-opted to justify Nazi authoritarianism under Adolf Hitler and racial apartheid in South Africa.

A biblical justification for anything is a charade. It is not a universal law that all mankind bows before. It is a collection of words from unknown persons, whose intent and meaning are largely obscure, echoing faintly from thousands of years in the past.

We can find them sublime, as with any good literature, but, as with even transcendent fiction, we must not set our clocks by it. We must remember the fantasies these often lovely words embody are not real. 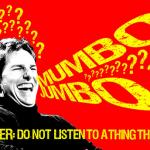 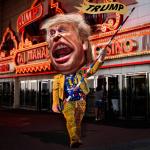 June 20, 2018 How Can We Dam This Flood of Lying?
Recent Comments
0 | Leave a Comment
Browse Our Archives
Follow Us!