Make no mistake, the Supreme Court’s ruling Monday was a victory for church over state.

But although the 7-2 ruling in favor of a Colorado baker’s decision to refuse baking a cake for a same-sex couple seemed like a blowout, it was actually more of a squeaker.

The court decided that Colorado state officials unallowably disrespected the religious faith of the baker, Masterpiece Cakeshop Ltd., which will allow the firm to continue not selling cakes to LGBT couples — at least for now. But justices did not rule on the larger question of whether LGBT citizens share the overarching equal right with heterosexuals to equal service from merchants. That could be decided in a future court case.

Yet, it’s a loss for secular governance nonetheless.

Let’s consider this decision for what it is: a binding ruling by the top judicial court in the land favoring a baker’s superstitious beliefs over the fundamental human rights of American citizens.

I italicized that word because in uber-Christian America, religion is viewed as not superstitious but a wholly rational, substantive worldview. But — and I grow weary of saying this to no effect — it’s wholly not. All supernatural, God-centered religion, including Christianity, is, as far as can be confirmed in the real world, purely imaginary. A thing of mind only, with no manifest materiality.

That’s where this abject Christian disgust with homosexuality comes from, ideas in the Bible, the faith’s so-called “holy” book of supernatural stories. Purportedly, there are references in this document where God disparages gays. Reliable sources?

So, because our Founding Fathers without adequate foresight enshrined “religious freedom” in our Constitution, the ideas of religion have come to be seen as packing as much actuality (even more to some) as, say, the ideas of democracy itself. This allows people with imaginary biases in their heads to persecute and shun other Americans at will by just proclaiming their fantasies are a religious thing.

This Christian anti-gay pogrom unconstitutionally accommodates bigotry, a fundamental sin not only of democracy but any humanist system. It has no basis in fact, scientific or otherwise. Sure, homosexuals — although they exist in every race and culture on earth — are always a minority and, thus, different from the majority. But so are Negros in America, and the legal mandate to not persecute them is sacrosanct in America (except for unrepentant bigots). So are left-handed people, for that matter. And women.

The Christian discomfort with gays, bisexuals, transgenders and the like has zero to do with any dangerous perversion they embody that might endanger society, such as Catholic Church pedophilia, for example. In fact, all major psychological institutions in America have long held that these people are “normal,” falling within a broad and nonpathological range of of perfectly natural sexual tendencies among humans.

Still, Bible-believing Christians cling to purported language in scripture demonizing gays, and then justify their personal intolerance as Constitutionally protected “religious beliefs.” In truth, they are using invented, unverified ideas to be cruel to fellow human beings who are not harming anyone.

It should be a crime, and if the Supreme Court revisits this issue and takes a broader decision in the future, it very well may be one day soon.

My concern is that the court, with today’s narrow ruling, gives religion a foot in the state’s door to which it is not entitled. It implies that superstitious religious beliefs are fully equal in veracity to scientific fact, material truth and reality — in fact, invisible beings and realms don’t exist in reality — and that it is rational that our laws should accommodate that conceit.

We Americans should be removing religion everywhere we find it in government and publicly funded institutions. Not adding to it, as the Supreme Court just did.

Freedom of religion should be a peculiarity exercised privately, not inflicted publicly. 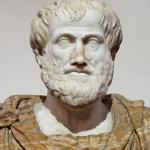 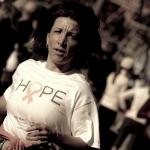 June 6, 2018 Cancer, Decency and the Perpetuation of Religion
Recent Comments
0 | Leave a Comment
Browse Our Archives
Follow Us!