This bizarre, unhealthy fascination with Donald Trump by roughly 40 percent of Americans is actually starting to kind of make sense.

Even GOP stalwarts are starting to describe it that way.

“Why don’t we just say [the GOP] has devolved into a cult? Primary voters in the Republican Party have devolved into a Trumpist cult,” said Joe Scarborough, the co-host of MSNBC’s “Morning Joe” TV show and a former Republican congressman in Florida.

Speaking on June 13, Scarborough was lamenting the stunning loss the night before of GOP veteran Rep. Mark Sanford (R-S.C.) in his state’s Republican primary. Sanford lost to challenger Katie Arrington, a rookie state legislator and prosecuting attorney, after President Trump castigated and insulted Sanford — “very unhelpful to me in my campaign to MAGA [Make America Great Again]” — and endorsed Arrington in a tweet on the eve of the election.

Arrington won by a 50.6 to 46.5 percent margin, presumably aided by the petulant presidential endorsement.

Scarborough said the GOP’s strange enthrallment with Trump has transformed the “party of Lincoln” into something altogether different from what it was.

His co-host on the show and wife, Mika Brzezinski, said Republican conservatives are now “too frightened to actually express themselves.”

Nobody wants to upset “The Donald.” And this is a guy whose favorite self-avowed hobbies include “grabbing” women “by the pussy.” Uninvited.

This is the kind of fearful, slavish, fact-averse environment one finds in cults, from early Christians to Heaven’s Gate. Cultists are enthralled by charismatic leaders often seen as messianic, including Jesus Christ, Jim Jones of The People’s Tempe, David Koresh of the Branch Davidians, Marshall Applewhite and Bonnie Nettles of Heaven’s Gate, Japanese Shoko Asahara’s Aum Shinrikyo, even Adolf Hitler’s shiny-eyed Nazi throngs.

The shared qualities of all these groups and movements is a charismatic leader who projects supernatural strength and wisdom, and radical reassessments of consensus in nations, communities, spiritual organizations and even private selves. Shedding of the old and adorning with the new. Rejection of anything and anyone opposing the new paradigm and new great leader. Self-imprisonment in an echo chamber. Doubt is an evil, not a virtue, in such cults of personality. “Loyalty” is more akin to abject, unquestioning submission. Apostates face aggressive, punitive blowback from the converted.

Sound familiar? Donald Trump, for whom loyalty is like a fetish, attacks anyone or anything questioning him. That’s what sealed the fate of Mark Sanford, who had the gall to criticize the president during his campaign. Forget that this is America, where constitutionally protected criticism is what we do.

So gullible accolytes kept in line by a toxic cocktail of enthrallment, titillation and fear do the great one’s bidding, or else. It’s a dangerous combination that can easily accommodate extremism, violence and abuse of people, of political and social systems, of nations.

The evidence is sobering.

Which is not to say that Donald Trump is the mastermind of some doomsday cult. But the dangerous elements of such cults apply: virulent emotionalism, unquestioning fealty in the face of obvious amorality, slavish obedience and behavior, acceptance of unverifiable or provably false doctrines, refusal to think rationally.

This, by itself, should give us pause.

Widely respected and Republican Sen. Bob Corker of Tennessee, a paragon of reasonableness who decided to not seek another term because of the seemingly intractable pathology gripping his party, said this week:

“We’re in a strange place. It’s becoming a cultish thing, isn’t it? It’s not a good place for any party to have a cult-like situation as it relates to a President that happens to be purportedly of the same party.”

In the face of an administration saturated with juvenile egomania, irrationality and false hero-worship, Corker believes it’s imperative that the supposed “adults in the room,” the U.S. Congress, at least, speak out against dangerous nonsense that will just proliferate otherwise. He said:

“To have an administration that wakes up every day on an ad hoc basis just making stuff up as they go along with no coherency to it — I think us having to weigh in on that would actually cause them to have to think about what they’re doing versus, ‘Well, I’m upset with X today, so I’ll do this.’”

But, of course, hardly anyone is weighing in.

In a totalitarianism-tinged tweet, Republican National Committee Chairman chillingly wrote, “Complacency is our enemy. Anyone that does not embrace the @realDonaldTrump agenda of making America great again will be making a mistake.”

This just encourages “The Donald” in his fact-free, self-aggrandizements, delusions and temper tantrums against anyone standing in his way. Much like a cult leader.

Trump critic Rick Wilson writes that our lawmakers’ virtually collective choice to silently accommodate Trump’s dangerous delusions and demands is an unconditional surrender to the forces of darkness:

“Nothing you do matters to this Congress. No matter what damage you inflict on our economy, our alliances, trade, our stature in the world, our role as an exemplar of democratic values, our ability to serve as an honest broker in the international community, and our security, Paul Ryan and Mitch McConnell will lay supine before you.”

Far too many have already drunk the Trump Kool-Aid. They await their final instructions. 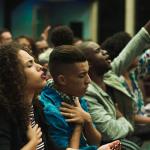 June 13, 2018
Digging out of a Pentecostal Christian Childhood
Next Post 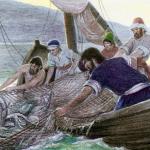 June 16, 2018 Fishing for God When He's Not There
Recent Comments
0 | Leave a Comment
Browse Our Archives
get the latest updates from
Godzooks: The Faith in Facts Blog
and the Patheos
Nonreligious
Channel
POPULAR AT PATHEOS Nonreligious
1