Atheists Need to Branch Out. Preaching to the Choir Ain’t Cutting It.

Last night, I read in one of the atheistic magazines I subscribe to that “the rates of belief in God, the soul, and the afterlife, along with other beliefs” have been “trending downward for U.S. adults since 2005.”

Good news, of course, if you’re a religious skeptic, but I already knew it. In fact, I had known it for years. (The article is the cover story in the latest edition of Skeptic magazine, only available by subscription.)

If you follow this kind of stuff regularly in various nonbelief-themed media, as I do, the handwriting has been clearly on the wall for the past several decades. Americans are simply growing less religious, as are people in the industrialized world in general.

But virtually the only people who see these reports are folks who are already following the trend or, as nonbelievers, are hanging out in the dim alleyways of non-mainstream atheist cyberspace or its fringe publishing cul-de-sacs where such pronouncements are always newsworthy.

But the people we heathens most need to reach to make a difference — liberal Christians, random doubters and various breeds of spiritual fence-sitters — are marooned in their own dense cocoons of religion or spiritual apathy. Oblivious to us.

For example, the people I know who are religious church-goers — in fact, everybody I know, devout and heathen alike — only by accident become aware of Godzooks, my fully nontheist, evidence-based blog, usually on Facebook. And I suspect the true believers are disinclined to read another post after their first. The religiously critical stuff I write about is probably disturbing to a real Christian.

And I’m sure few if any of them have ever read Patheos blogs of any kind, much less ones on the Patheos Nonreligious Channel. Forget about the slim possibility they might be reading such hard-copy and e-magazines as American Atheist, The Humanist, Freethought Today, Skeptic, Secular Nation and The Skeptical Inquirer. They’re all estimable, generally well-produced periodicals with a lot of true and engaging information related to the state of religious nonbelief in the United States. But they’re not where most people go for their necessary information.

In one sense, we writers, and the blogs and media we write for, are wasting our collective time preaching to the proverbial choir, failing spectacularly to deconvert those who aren’t already convinced and need an intellectual push.

So, the question is, how should we reach the semi-believers, quasi skeptics and wishy-washies? The answer is, it won’t be easy. I know; I’ve tried.

About a year ago, I approached the premier metro daily newspaper in my red, Christian, agrarian state about publishing a weekly or semi-weekly nontheism-themed column on the weekly Religion page. No dice. But, to his credit, the editor did allow me to write one op-ed piece monthly for its nonreligious opinion page.

Preaching to the unconverted

I wrote several long articles explaining what nonbelievers believe and don’t believe, and the fast-growing prevalence in our society of “nones,” people who when asked on surveys what their religion is put “none.” And I tried to delineate why skeptics are thoroughly unconvinced by all evidence-free supernatural arguments.

The newspaper published a few long rebuttals to my op-eds from Christian believers, including one kindly woman who was authentically fearful for the fate of my soul and the barrenness of my worldly existence without God. I told her I was really, truly happy in my life, honest to god. Other respondents, in dismissive tones, told me I couldn’t be more wrong about, well, everything, evidence or no evidence.

I’d like to think that a lot of people read my articles and rebuttals and learned something new about how godless people happily exist in reality. How the numbers of committed nonbelievers or those just apathetic to supernatural religion are surging in America and now comprise roughly a quarter of the population.

But even if the articles were widely read (I doubt it), it wasn’t nearly enough. For such secular proselytizing to be effective, as is true for all learning, relentless repetition is required. In my mind, that means there should be weekly nontheism columns published broadly and regularly in American newspapers throughout the country, and similar themes broached in other general mass media of all kinds. So that people would receive regular doses of skepticism; now they get almost none.

The editor I solicited regarding a weekly Religion page column would not even allude to why he didn’t want to do it. In fact, he wouldn’t directly answer the question. I suspect that he (or the publisher) viewed a regular weekly nonreligion column on the Religion page as something that might be received as heretical by readers in this bible-reading, Trump-backing conservative part of the country — and somehow a kind of endorsement of atheism by the publisher. In any event, no deal.

I also approached the editor of the state’s other major daily with the same pitch and received an equally unenthusiastic response. The editor simply said they didn’t “need” any more columns, which was a non-answer in that context. So, I speculate that editors see such a nontheism column as either too hot to handle culturally or too far from paid subscribers’ interest to even risk messing with.

The ‘nones’ march on

Meanwhile, the population of American “nones” continues to silently expand far beyond the knowledge or interest of most citizens, who never have to consider anything related to the topic except when the Pew Research Institute releases periodic data from another of its excellent, continuing surveys of religion in America (read the latest one here). Newspapers dutifully and neutrally report on the results of these surveys but scarcely comment otherwise.

After each new Pew report quietly arrives and leaves, life goes on as before in the country among its dominant Christians, who represent 70 percent of the populace — though the percentage is fast falling.

Those of us who regularly write about nontheistic topics should find a way to organize and put our heads together, to brainstorm ways to much more broadly educate people about the joys and classical underpinnings of unbelief. With a quarter of the population now sharing our general skepticism, we are beginning to represent some seriously potent political potential in America. (This article in the Salt Lake City, Utah, Deseret News reports on that potential.)

But, like believers, we nonbelievers too often are stuck in our own ineffectual silos.

If we use our growing political clout wisely and collectively, we might begin to start electing politicians who support our public freedom-from-religion political agenda — and empower elected pols who are now only secret nontheists to come out of the closet and admit their existential doubts publicly.

Who knows, we might even one day get regular “Beyond the Pulpit” columns on newspaper Religion pages. 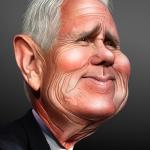 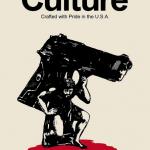