From all outward appearances, Brett Kavanaugh is a superlative judge and seems like a devoted family man.

My intuitive sense of what makes Kavanaugh who he is derives from a lot of news stories published after he was nominated by President Trump Monday night at the White House to replace retiring jurist Anthony Kennedy on the U.S. Supreme Court. And from his acceptance speech.

But both the news stories about his career and the tenor of his speech give me — and should give other concerned centrist-minded Americans — pause.

His judicial record shows him to be an arch-conservative politically and socially — and, more relevant to this blog — a zealous Catholic, who opponents fear privately longs to overturn Roe v. Wade, the constitutionally adjudicated law that allows abortion up to “fetal viability” in America. Because Kavanaugh is a fervent Catholic, whose faith has long intractably opposed birth control, much less abortion, it’s not a groundless fear. (I’ve written about the abortion debate vis-a-vis Catholicism before.

The nominee’s deep conservativism is foreboding. As Tuesday’s editorial in The New York Times, “There’s So Much You Don’t Know About Brett Kavanaugh (And you probably won’t until it’s too late),” warns:

“Judge Kavanaugh would shift the balance of constitutional jurisprudence to the right, creating a solid right-wing majority on the court possibly until the second half of the 21st century. While the somewhat unpredictable Justice Anthony Kennedy once served as the fulcrum for the court, that role will now go to Chief Justice John Roberts Jr., a far more ideological conservative.”

Clinging to the past

In this important context, what “right-wing” means is an aggressive intention to maintain a moot status quo in our republic that probably stopped being current in the 1950s, if not before. It means giving yet more unbridled power to the president, which, considering the adolescent-minded current occupant of the oval office would be arguably grossly irresponsible. It means giving religion ever more public presence and authority under the bogus guise of private “religious freedom.” It means uncritically holding fast to our doddering constitution’s 18th century ideas and interpreting them with only a passing concern for the nation’s whirlwind of currently transforming mores and needs.

In short, to bastardize a famous quote of William F. Buckley Jr., it means standing athwart not only our history but our future and yelling, “Stop!”

Conservatives don’t want America to change one iota from the fantasized halcyon days it imagines the nation once enjoyed. In fact, the “good old days” were never as good as we recall. For example, abortions were once far too often dangerous back-alley procedures where women died or were damaged for life. Then women fought for the right over their own bodies and their nonviable fetuses and were able to get the high court to pass Roe v Wade. Today, more than 60 percent of Americans support abortion under the rational restrictions inherent in that ruling.

Yet, conservatives in America, who are mostly fervent Christians (including Catholics, such as Kavanaugh), keep trying to push back history, including Roe v Wade, to a time when the Christian patriarchy and its dominating religious assumptions fully controlled women’s bodies for reasons they view as inviolately absolute but in fact are ancient biblical superstitions.

Most of the country doesn’t share this reactionary ferment. And so here we are. Highly partisan right-wing “think tanks” selected a long list of very partisan conservative jurists to fill open judgeships starting years ago, with one key goal: to overturn Roe v Wade and make abortion always illegal in the U.S. Kavanaugh was a late addition to the list but very much appears a conservative true believer in both respects: political and religious.

In his acceptance speech Monday night, he emphasized his political and religious boni fides.

What that means is that Kavanaugh, as conservatives are wont to do, primarily looks backward, not forward in an age where the world is changing so rapidly we may not recognize it a few decades hence and need to be prepared. That is what appears to terrify conservatives.

He’s saying that judges must interpret the letter of the law as narrowly as possible, with no sense of the social and political changes the passage of time brings. In other words, to read it as literally and uncritically, as timelessly, as scripture. As though the sun still revolves around the earth, as the Bible implies, and not vice versa, as it actually does in reality.

When Kavanaugh says the Constitution must be interpreted “as written, informed by history and tradition and precedent,” he means, for instance, that because religion was ubiquitous in early America when the Constitution was written, it should so be allowed to remain today and unrestricted in the public sphere. That, despite the fact that the Founders dearly tried to keep religion the hell out of civic life and that today many of us are fully aware “religion” is just another word for superstition. Kavanaugh’s are the words of a man obsessively trying to stay within the lines in a kindergarten drawing class, because the teacher said so. Not because it’s actually beneficial.

If Kavanaugh is seated on the court, as expected in the GOP-ruled Senate, constitutional law experts and political pundits predict the swift demise of Roe v Wade. That’s unfortunate in the extreme, but there are also other effects we should prepare for.

His placement on the court will turbo-charge religious extremists who want far more religion in American civic life (including schools, laws and government), not less.

“The nomination of Judge Brett Kavanaugh to the Supreme Court reveals that President Trump prioritizes the political ambitions of the religious right over the interests of the American people.”

Indeed, Kavanaugh’s focus on religion was clearly evident during his acceptance speech last night, when he emphasized his Catholic faith and longtime connections to the Jesuit religious order. He gave a shout-out during his speech to Monsignor John Enzler, head of D.C. Catholic Charities (where he volunteers), who was in the audience — presumably at his invitation (or the president’s). Kavanaugh, who went to a Jesuit-run parochial high school, today is a lector at Shrine of the Most Blessed Sacrament Church in Washington, D.C., and tutors at Washington Jesuit Academy, a Catholic middle school. He once chaired the conservative Federalist Society’s Religious Liberty practice group.

Justin Walker, a law professor at University of Louisville who also served as a clerk for Justice Kennedy and Judge Kavanaugh, praised the Supreme Court nominee’s championing of religious freedoms. In an essay in the uber-conservative National Review, Walker wrote:

“Whether you agree with him or not — and many liberals do not — Judge Kavanaugh has been a steadfast and fearless supporter of religious liberty for decades.”

But it’s an intrusive, insidiously insinuating type of religious freedom, which publicly assaults and constricts nonbelievers and skeptics while protecting the private, unverifiable dogma of the faithful. In the end, as with court cases that favor religious ideology over practical concerns, it becomes embedded in the nation’s social fabric even if the concept that informs it is embraced by only a minority.

Kavanaugh’s view of religious freedom is revealed in his 2015 dissent from the D.C. Circuit Court’s refusal to reconsider a religious liberty challenge by Priests for Life, a Catholic group, to the Affordable Care Act’s contraceptive mandate. The organization claimed that having to fill out paperwork to allow pro-birth-control employees access to contraceptives under the ACA created a “substantial burden.”

In his dissent, Kavanaugh wrote, according to SCA’s Decker, that “forcing a religious organization to file this paperwork is the written equivalent of compelling them to ‘raise their hand’ and help the government provide a medication to which they are religiously opposed. Kavanaugh’s dissent betrays a reckless credulity for the claims of hardship made by faith-based entities even when it comes at a clear and tangible expense to their employees.”

To summarize the goal of Priests for Life in this case: Its employees who aren’t Catholic or otherwise don’t support church doctrine on contraception should be forced, if they want to access to birth control options, to jump through hoops employees of other organizations do not face. The reason? Ancient traditional superstitions should override modern real-world needs.

Remember, right-wing Catholics and Christians broadly believe that life begins at conception — an arbitrary, untenable bias that leads directly to the assumption that all abortion is amoral and wrong. By that reasoning, male sperm, which clearly is alive and self-motivated — and, arguably, human — should be afforded the same personhood status.

Augustine, as the Roman Empire was imploding in the 5th century AD, was mostly concerned with when the soul became viable in a body, not the body itself. Ultimately, he decided (somehow) on 40 days from conception for men, 80 for women. Over time, the consensus seemed to settle on somewhere between the first and second trimester, but by then the line was blurred between the viability of the soul and the body.

But, still, souls? How should such phantasms fit into the real-world empirical deliberations of our most august judicial bodies?

But with conservative, chimera-fearing Christians like Brett Kavanaugh increasingly dominating the judicial branches of government, look for rulings that embody the disembodied in many worrisome ways.

Such as former courts ruled that slaves are, as scripture implies, inferior to other human beings.

July 10, 2018
Why A Top Religious Studies Scholar Is Now An Atheist
Next Post 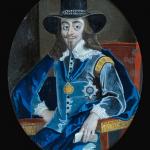