Besides its permanent unprovability, my main beef with supernatural religion is encapsulated in this quote attributed to American philosophy professor Andrew Bernstein:

“Here is the tragedy of theology in its distilled essence: The employment of high-powered human intellect, of genius, of profoundly rigorous logical deduction — studying nothing. In the Middle Ages, the great minds capable of transforming the world did not study the world; and so, for most of a millennium, as human beings screamed in agony — decaying from starvation, eaten by leprosy and plague, dying in droves in their twenties — the men of the mind, who could have provided their earthly salvation, abandoned them for otherworldly fantasies.”

So, to my mind, that’s a major downside to religious faith — the unearthly amount of time spent (pointlessly) trying to conform the real world to the narratives of a purportedly infallible otherworldly Bible, and also spent trying to convince believers and skeptics alike to ignore their staggering incompatibilities. Which is to say, rounding the square.

I was reminded of this yesterday while reading an excellent academic refutation of key Christian doctrines in a December 2012 article by John R. Schneider in Zygon: Journal of Religion and Science (Vol. 47, No. 4). The article carried the pretentious-sounding title “The Fall of ‘Augustinian Adam’: Original Fragility and Supralapsarian Purpose.” Nonetheless, the text itself was surprisingly readable and enormously compelling.

It was also a perfect example of my pet peeve: a dense, jargon-studded critique of religion whose relatively simple main points, to even a mildly rational mind, should seem completely irrefutable. In other words, “It goes without saying,” so why say so much?

The article’s main point could easily be shortened to the gist of this lovely, fully rational poem by seminal ancient Greek philosopher Epicurus (341-270 BC), by way of later Roman poet and philosopher Titus Lucretius Carus (99-55 BC):

As you may or may not recall from your reading, Epicurus’ radical skepticism and posing of the “problem of evil” in supernatural religions were almost lost to history. His divinity-questioning poetic treatise On Nature was translated and reframed by Lucretius, whose work (which embedded Epicurean concepts) was discovered rotting in a German monastery in the Middle Ages by a “manuscript hunter” named Poggio Bracciolini (1380-1459). This momentous find helped usher in the Renaissance. Author Stephen Greenblatt, a Harvard humanities professor, resurrected this wonderful historical serendipity in his book The Swerve: How the World Became Modern (2012).

Although I’m in serious danger here of hypocritically engaging in overthinking and overcritiquing religion, one of my stated pet peeves, the arguments raised in the Supralapsarian treatise are well worth exploring. It’s rare to find so many excellent rational critiques of Christian dogma and apologetics in one document (even if, in my view, they should be unnecessary).

The article mostly poo-poos the possibility of an eventual peaceful meeting of the minds between Christianity and science but then disappointingly seems to endorse the concepts of Irenaeus of Lyon (130-202 AD). Irenaeus proposed that Adam (as in Adam and Eve, the first people) was “infantile and undeveloped” and thus “forbidden the acquisition of knowledge.” This was different from Augustine’s (354-430 AD) view that Adam was a beatific, godly, sinless and super-human being living in Paradise.

In Augustine’s view, Adam was a perfect human in consort with God and that the only reason he ate of the forbidden fruit in paradise was that unperfect Eve seduced him. This left God unresponsible for what happened because it was a function of human free will (ignoring that God provided that, too).

Irenaeus’ Adam, however, was “morally, spiritually and intellectually a child,” who God intended by a long process would use his free choice to “advance towards ever closer resemblance to his Maker.” In other words, Adam was envisioned by God to become “elect” for immortality, relating to the term Supralapsarian in the Schneider article’s title. As Irenaeus wrote:

“Since he [Christ] had pre-existence as a saving being, it was necessary that what might be saved should also be called into existence, in order that the being who saves should not exist in vain.”

Schneider explains that in Irenaean theology, God intends “divine victory over imperfections and evils” so he “authorizes” the existence of evil so that it may be overcome. In this configuration, God’s ultimate intent in this creation “in its totality, beginning to end” is deemed “very good,” which means God is not “culpable” for any evil that ensues.

The problem of evil

This problem of evil in Christian theology has been around for eons, because it cannot be theologically or philosophically dismissed with any authority. As Schneider writes:

“… the course of history has included vast amounts of apparently random waste and seemingly pointless suffering for both human and non-human animals. … entire biomes have come and gone in apparently purposeless, brutal fashion, and reveals that ours is merely one of them. In his recent book, Nature Red in Tooth and Claw, Murray ably describes the deep conflict that this depiction creates for Christian theism. Was this wrought by a loving and kind God?”

Schneider also notes two modern critical skepticisms regarding Christianity: (1) the revelations of genetics, and (2) the science of human psychology. Regarding the first, he writes:

“Perhaps the first thing to consider is that genomic science — after mapping of the human genome — strongly supports a polygenetic account of human origins.”

This argues powerfully against the idea that humans emerged, at once, fully formed with Adam. The science proves that, like all animals, we evolved very, very gradually over many generations beginning in life forms far lower than our current iteration: Homo sapiens (“man the wise”).

“As for he Darwinian Adam and original personhood, common ancestry taken together with recent behavioral studies of other species supports thinking that many human moral intuitions — both toward virtues and vices — are homologous (come from a common source). In other words Darwinian Adam was endowed with an animal psycho-somatic genetic and social heredity that would have made ‘him’ a morally equivocal sort of person.”

Meaning morally imperfect. Which squares with Irenaenus’ view but opens up the Pandora’s box of divine culpability in allowing — even creating — evil in the first place.

All of this theological hair-splitting was the result of Christian theologians’ worries about how apparent contradictions between scripture and material reality might contaminate the faithful and, thus, the whole Christian project. One of the apologists’ tactics was, when arguing against such conflicts, to claim relevant Bible passages were merely mythical or “allegorical.”

But even Augustine, whose views more than any others flavor modern Christianity, existentially feared for his faith. Wrote Schneider:

“Although he admitted that in the end the ‘literal sense’ [of scripture] gave forth more questions than answers, Augustine worried that the common strategy of allegorizing one’s way out was weakening Christianity’s appeal to the whole Bible as having a revelation from God.”

“It is clear from Augustine’s account that the fault [for his loss of paradise] was entirely his [Adam’s] own. God could not be blamed, for he had given him every advantage. … Any blame must lie exclusively with his own will, which though inclined toward goodness, had the possibility, being free, of choosing wrongfully.”

Skeptics often arrive back at the same doubt, as Schneider points out:

“If God was going to create miraculously anyway, what could conceivably justify the unfathomable amounts, kinds, and distributions of suffering [in the world] not to mention the unimaginable waste.”

Scheinder gives us a third, overarching, reason to doubt the accounts of Genesis in the Old Testament:

“One reason is that no evidence exists anywhere in the geological or genomic records to support believing that there ever were super-human beings on the planet.”

In the end, that’s where I also arrive. As the late great British philosopher Bertrand Russell (1872-1970) once said when asked what he would do if he found himself standing before God after he died:

“I would probably ask, ‘Sir, why did you not give me better evidence?’”

“The instant I reach Heaven, I’m going to speak to God very sharply.” 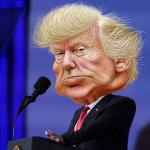 July 2, 2018
Trump Supporters’ Slogan: Render Unto Caesar ... Everything
Next Post 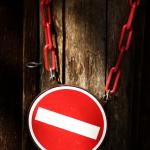 July 5, 2018 Is SCOTUS Nominee’s Fervent Faith A Menace To Justice?
Recent Comments
0 | Leave a Comment
Browse Our Archives
Follow Us!