For one thing, I don’t know Latin. For another, nobody I knew knew it. So it never came up.

It’s just one among many instances of how Christianity over long years has subtly but profoundly embedded itself in American culture, often beyond the awareness of most of us.

Yet, there it is in a state motto. (I’ve posted about this motto mania before, involving my own state, South Dakota.)

And it’s still going on today.

For example, the Arizona Legislature, with Republican support and Democratic opposition, in February passed Senate Bill 1289, which now allows the state’s teachers to post the words “God enriches” in public school classrooms. Gov. Doug Ducey signed the bill into law in April.

The bill adds to the list of national or historical phrases authorized for posting in Arizona schools. Arizona law already allows teachers and administrators to post and read the national motto, “In God We Trust.”

Arizona Republican Sen. Gail Griffin, who introduced the bill, said displaying the motto in schools would “be a good history lesson for students to learn where this came from.”

Note that’s not where American society derives from.

If this sounds like a violation of church-state separation and the constitutional prohibition of promoting religious ideology in public institutions, it is.

But only one objection was reportedly raised against the bill in committee before the vote, by Democratic Sen. Juan Mendez, according to the church/state-separation advocacy group Secular Coalition for Arizona. Mendez pointed out:

“After having a Latin motto for 155 years, is there a reason to suddenly start posting this specific English translation in our public schools? Educators should be supporting kids in all their diversity, not evangelizing privileged religious beliefs of legislators.”

Well, there’s a reason they’re doing it, but not a good one.

Critics of the legislation claim it’s intent is to impose religious doctrine on publicly-funded schools as a means of perpetuating faith among children. The new law, opponents contend, is also part of an “ideological push” to “chip away at secular government.” Tory Roberg, the Secular Coalition’s director of government affairs, argues that the new law is unconstitutional because it promotes Judeo-Christian beliefs and violates the Establishment Clause of the First Amendment, and could open schools to potential lawsuits. She said:

“By rephrasing the historical motto Ditat Deus into English, this bill divorces it from its historic usage and illegally allows schools to promote the belief in the god associated with the Judeo-Christian Bible.”

So God remains front and center in Arizona’s public schools.

But this is not just an Arizona thing.

Tennessee legislation bill known as “National Motto in the Classroom Act” that will become law in August requires all state schools to display the words “In God We Trust” somewhere in prominent view to students.

The ‘foundation of our government’?

Except she’s wrong. The purposeful foundation of our government was secular, rational values deriving from the Enlightenment, not fervent religiosity of the Reformation. That most of the people who first settled the New Worlds were Protestant Christian is just an accident of history, and it was the clear intent of the Founders to have no religious sect gain hegemony in the new nation’s public affairs.

Yet our elected officials today, who have the power to enact laws, continue to carry around and misapply these erroneous assumptions.

“This is preaching a religious agenda. If it were not in order to promote religion, they would have used the original U.S. motto, which was E pluribus unum. ‘Out of many, one.’ By using ‘In God We Trust,’ they are really being quite divisive. Because it sends the very clear message that those who don’t hold with the Christian faith do not live with the same standards as those who do.”

And in February, the Florida House of Representatives passed HB 839, a bill that would require all schools to post the motto “In God We Trust” in a “conspicuous place.” It sought to bring “light” to the state’s schools on the heels of the recent tragic mass shooting at Marjory Stoneman Douglas High School in Parkland, Florida.

The Florida bill’s original sponsor, Rep. Kimberly Daniels, a Democrat, incidentally, says that her intent was “to remind our children of the foundation of this country.”

Apparently unaware that lots of Americans don’t believe in God and that the Founders resolutely sought to keep religion out of the nation’s public life, Daniels, who is also a Christian pastor, insists that “He is the light. And our schools need light in them like never before.”

The bill passed 97-10 and got a standing ovation after the vote.

Anyone who doesn’t think the evangelical Christian faithful never stop trying to insinuate their religion into the nation’s public life hasn’t been paying attention. 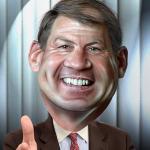 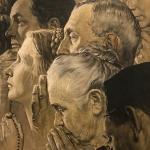 July 20, 2018 'The Good News Club’ is Bad News for Kids
Recent Comments
0 | Leave a Comment
Browse Our Archives
Follow Us! 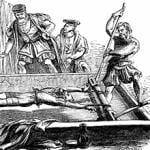