This is a post about how so-called “religious” freedom denies human rights. But first some deep background.

The supposed critical need for our vaunted American “religious” freedom — I put it in quotes because it’s a misnomer — is one of those antiquated assumptions we probably should have evolved far beyond long ago.

But “religious” faith, despite its permanently unsubstantiated claims, is like the Energizer bunny of human evolution. It just keeps clashing its cymbals as its proposed actuality grows less and less apparent with science’s relentless accumulation of material knowledge.

If the term were phrased in a more transparent, honest way, you might see my point. “Religious” freedom, in fact, should more accurately be called “superstitious” freedom, which would suddenly make the concept appear irrelevant, even dangerous, in a rationality-based society with secular public policies. Which is what America was created by its founders to be, not a theocracy.

But when we say “religion,” we impart to it an essential materiality it doesn’t merit. We voice the term as though it reflects a substantive reality, which implies an undeserved existential status.

Let’s consider then how “religion” and “superstition” are essentially the same.

The online Merriam-Webster Dictionary defines religion as “the service and worship of God or the supernatural.” In other words, religion is believing in and worshipping things that don’t materially exist anywhere, much less in the real world we inhabit. But even the dictionary’s language is problematic, implying that “God” is somehow an actual thing, whereas “supernatural” is somehow not, but I suspect that is an unintended semantic error of tradition.

Nonetheless, “superstition” is defined very similarly, as “a belief or practice resulting from ignorance, fear of the unknown, trust in magic or chance, or a false conception of causation.” Which is to say unfounded belief in and devotion to nonexistent things, virtually the same definition as “religion.”

But we Americans still continue to refer to religion as if its base assumptions actually exist. When, in fact, only churches, believers and holy books exist. The chimera they represent, as far as anyone has ever been able to substantiate, don’t.

What we are left with, then, is a constitutionally protected right to believe in whatever nonexistent phantasm we want to — and, unfortunately, a protected right to practice such beliefs as we see fit. Including violating the rights of people who don’t hold the same superstitions.

You see where I’m going with this: freedom of “religion” can be used as a freedom to discriminate against Americans and to overrule the nation’s rule of law based on whatever your private imaginary assumptions might be.

This is a fundamental problem because our nation is a purpose-built, evidence-based descendant of the Enlightenment, but the concept of “religious freedom” has for long centuries insinuated itself in the culture like an infectious alien pathogen. Encouraging, for example, public bakers today to feel empowered to refuse baking wedding cakes for betrothed gay couples, and official public servants refusing to grant same-sex couples their legally entitled marriage licenses.

These “religious practices” represent a one-sided “freedom,” at best, so no freedom at all, and officially authorized bigotry at worst.

So the word “religion” is routinely on our tongues because supernatural faith was a universal constant among immigrants when our nation was formed (as a secular republic), and the purported origins of these beliefs were seen by virtually every colonist to be as real as the Atlantic Ocean. And, thus, the term seeped deep into our culture and has continuously peppered our casual and serious discourse over centuries.

A mental artifact of evolution

Yet, by all appearances religiosity is just an artifact of some biological reality in prehistory that gave humans the innate capacity to imagine things — all-powerful beings and realms among them — that don’t seem to actually exist. Why we became imagining beings originally, and still are, is unknown, but, despite much trying, no one has ever been able to produce anything from a supernatural realm. Absence of evidence may not be proof of absence, but by now (after failing to turn up an actual divinity in endless millennia), it’s certainly very compelling evidence of absence.

To continue to insist that gods and demons exist and to contaminate our secular government and the minds of impressionable children (before they can push back with reason) is indefensible in a modern secular state.

But we continue to allow it because human beings are so passionately invested in their superstitious imaginings that trying to control them can literally destabilize nations. Which is exactly what happened in the Middle Ages when Christian Protestants began telling the monolithic Catholic Church it was sadly mistaken about how it lived its dogma. Savage continent-wide wars ensued before an uneasy truce evolved.

But, still, are any of these superstitions — Catholic or Protestant, Hindu or Muslim, Satanic or Rastafarian, etc., etc. — based on truth? It’s unknown but vanishingly improbable if the evidence is fairly considered.

Why we protect our fancies

Why are we still protecting people’s right to live their lives directed by such fantastic ideas, and allow them to persecute and discriminate against others not in thrall to those ideas? The reason is fear of what might happen if we don’t and believers come unglued.

Which brings me to the motivator of this post: a disturbing July 25 post by Sarabeth Caplan in the Patheos Nonreligious hub blog Friendly Atheist. The post’s title, “CVS Fires Pharmacist Who Refuses to Fill Hormone Prescription for Trans Woman,” is both enraging and hopeful.

It’s enraging that any employee of a public pharmacist feels empowered by American constitutional freedoms to blithely deny the legal freedoms of others based on beliefs that can’t be substantiated anywhere.

What’s hopeful is that this bigot was summarily fired by his employer. In a secular society with appropriate rule of law, he would have been charged with a crime. Indeed, the customer did absolutely nothing wrong other than inadvertently entering a pharmacy where an ignorant tech ruled by ancient superstitions believed he was a law unto himself — and that the Constitution had his back.

So, again I ask, why is “religious freedom” so necessary in America when rather than helping to protect our individual freedoms it denies human rights? 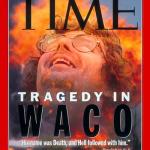 July 25, 2018
Free Speech Is Failing Us in America
Next Post 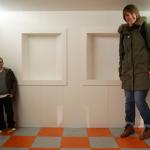 Trump Clears Away Peaceful Protesters with Tear Gas...
Unreal.
view all Nonreligious blogs
What Are Your Thoughts?leave a comment
Copyright 2008-2020, Patheos. All rights reserved.