‘The Good News Club’ is Bad News for Kids

Christian indoctrination organizations are becoming increasingly sophisticated in insinuating themselves into our nation’s schools.

And they’re doing it stealthily, to minimize detection by those who might object. Failing that, the United States Supreme Court has enthusiastically protected them with freedom-of-speech and -religion arguments.

For example, Oklahoma just enacted a law allowing every government building and public school to display the Ten Commandments, disingenuously contending it is a historical more than religous document. Arizona Superintendent of Public Instruction Diane Douglas recently proposed replacing ever use of the term “evolution” with “biological diversity” in high-school science curricula. States all over the place are approving school postings of “In God We Trust” (also citing history, although it didn’t become America’s official national motto until the middle of the 20th century during the “Red Scare”).

‘The Good News Club,’ the book

This is as good a time as any to again spotlight one of the most egregiously surreptitious Christian indoctrination organizations — The Good News Club — and recommend an excellent book that objectively lays out its deceitful strategy and tactics in proselytizing America’s unwitting youth. Founder of the club is the Child Evangelism Fellowship (CEF), based in Warrenton, Missouri.

According to its website, the CEF is “a Bible-centered organization composed of born-again believers whose purpose is to evangelize boys and girls with the Gospel of the Lord Jesus Christ and to establish (disciple) them in the Word of God and in a local church for Christian living.” It boasts 3,560 clubs in public schools across the U.S. and more than 42,000 clubs worldwide.

The group’s trained proselytizers meet with groups of kids “in schools, homes, community centers, churches, apartment complexes, just about anywhere the children can easily and safely meet with their parent’s permission. Each week the teacher presents an exciting Bible lesson using colorful materials from CEF Press.”

CEF focuses intently on schools for a number of disturbing reasons, as described in The Good News Club: The Christian Right’s Stealth Assault on America’s Children (2012), by Katherine Stewart, a rigorous but fairly reported exposé of the group and the manipulative nexus between education and religious fundamentalism.

A review of the book in the Minneapolis Star-Tribune noted: “Stewart is a gracious narrator, respectful of the religious and nonreligious participants she came across during her quite vast research. In sum, the book is an important work that reveals a movement little discussed in the mainstream media, one Stewart worries is poised to damage ‘a society as open and pluralistic as ours.’”

Stewart describes how the group’s strategy, after a 2001 Supreme Court decision giving it legal and cultural cover (The Supreme Court v. Milford Central Schools), was to create after-school, on-campus Christian clubs for students age 5-12 — the ideal age “window” for indoctrination. Because the meetings were held on school grounds and led by adults, students would naturally accept that what they were being taught was school-related and valid, and the meetings’ visibility at schools was a powerful recruiting tool.

More sinister, one of the group’s key tactics was to groom clubs’ student members to be proselytizers themselves, encouraging them to witness among classmates during school hours and urge attendance at the after-school gatherings and Sunday services.

In its vision statement, CEF explains that “God has given His people a clear commission—to reach every creature with the Good News of the Lord Jesus Christ. Our special mission in CEF is to evangelize every child. In the last ministry year our workers worldwide reached over 19.9 million children!?”

So, let’s unpack this. Our Supreme Court, against wide objection by parents, school districts and even lower courts throughout the country, has ruled that public schools must legally allow an evangelical Christian group into their buildings to indoctrinate students in religious ideas that, for all intents and purposes, are nonexistent fantasies.

The court has long wrestled with the inherent schizophrenia in the U.S. Constitution’s First Amendment, which codifies freedom of religion and speech but conflictingly prohibits the government from endorsing or promoting religion in any way. The amendment’s text:

The court ruled in Milford that since public, after-school clubs were generally available to all students, speech of members and leaders — religious or otherwise — was constitutionally protected. The court’s majority argued dubiously that, for example, Boy Scouts’ groups imparting moral values would be the same as a Christian group doing the same.

This is tricky reasoning, because Boy Scouts is an organization steeped in Christian values and says nothing about groups espousing non-religious moral values.

Yet, the problem with The Good News Club is not that it is teaching kids morals but that it is indoctrinating them in morals whose basis is fantasy, not reality. Not so, say, a humanism club. In a secular republic, our Founders knew only too well, religion in official public life was corrosive to policy as well as peace.

Because most of the New World’s early settlers were Christian, the faith’s religious ethos permeated the nation’s founding. But it was only an accident of history, as I have said many times before (including here); it was not intended by the Founders. Quite the opposite, in fact.

So, today in America, more than 70 percent of the population remain Christian, although the legions of believers have been significantly ebbing in recent decades. That’s the reason why when prayers commence city council meetings, for instance, they’re virtually always presented by Christians.

And when an after-school club forms, it’s almost always Christian. That’s because the populace is mostly Christian, not because the founders wanted Christianity to dominate public life but because it originally dominated our Western European Christian immigrant psyches.

We must remember the United States was created as a secular democracy — E. pluribus unum (out of many, one) — not a theocracy, no matter how much American fundamentalist evangelical Christians wish it were so.

The Good News Club and other such organzations are trying to subvert America’s founding Enlightenment ethos of secular democracy, the rule of reason and law, not the divine.

Even the high court is subverting this ethos in its rulings, in effect making “freedom of religion” in America the equivalent of “freedom of Christian hegemony.”

After all, if the only religion represented in after-school clubs is Christianity, any other faith is irrelevant — a context making the term “freedom of religion” rather meaningless. It allows the indoctrination of children in superstitions without necessary outrage.

And, thus, the country is made safe for the next generation of divine believers. 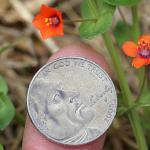 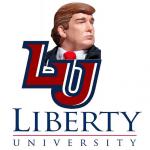 July 23, 2018 What’s Wrong with America? One Article Says It All.
Recent Comments
0 | Leave a Comment
Browse Our Archives
Follow Us!