There was a time not too long ago when the so-called “divine right of kings” was a standard shared assumption among rulers and ruled.

The idea was that God himself endowed monarchs with absolute authority over all their subjects. Who says? Well, the Bible, according to various historical rulers with authoritarian inclinations, including current U.S. President Donald Trump.

For example, at his treason trial in 1649, England’s King Charles I rejected the authority of Parliament via judicial courts to try him, arguing that (the following italics are mine for emphasis) “no earthly power can justly call me (who am your King) in question as a delinquent.” Happily for secular rule of law, he was eventually executed anyway, convicted of “a wicked design to erect and uphold in himself an unlimited and tyrannical power to rule according to his will,” according to David Armitage’s excellent New York Times op-ed today titled “Trump and the Return of Divine Right.”

Does this unseemly grandiosity sound recent and familiar, minus the execution?

The difference between then and the American presidency now, is that Parliament after Charles I’s demise decimated legal kingly powers later in the 17th century, including removing the monarch’s authority to issue pardons. After that, “little residue … of godlike capacity remained,” Armitage wrote.

Fast forward to now, and President Trump retains almost absolute pardon power and is using it for naked political purposes, to protect criminal extremists, rather than healing and calming the nation after an existential crisis — for which it was created in the Constitution — such as the pardoning of rebel forces after the U.S. Civil War.

Mr. Trump seems to view his general power as nearly absolute and bristles when anyone tries to restrict it. For example, he bristled when a judge recently ordered him to quickly reunite illegal immigrant children with their parents after he forcibly separated them at the border to create a climate of fear for undocumented people trying to enter the country.

The Bible tells Trump so

Earlier this year, U.S. Attorney General Jeff Sessions invoked the Apostle Paul’s espistle to the Romans (Romans 13) in justifying President Trump’s cleaving of immigrant families. In a speech to law enforcement officers, which I wrote about earlier, Sessions told attendees:

“I would cite you to the Apostle Paul and his clear and wise command in Romans 13, to obey the laws of the government because God has ordained the government for his purposes.”

In other words, God gives the government carte blanche to do whatever it feels it must.

It was the same passage cited to justify slavery in America in the 19th century and to enforce the omnipotence of historical rulers in many Western nations.

The vestige of pardon power that remains today is part and parcel of the assumption that, somehow, a divine being has embodied such authority in particular, superior humans.

That’s quite an assumption considering there’s zero evidence divine beings of any kind even exist. 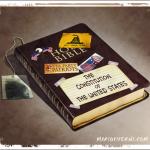 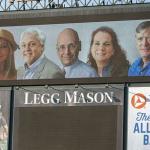 July 16, 2018 Mass Killing's Immediate Mayhem Only Half the Story
Recent Comments
0 | Leave a Comment
Browse Our Archives
get the latest from
Godzooks: The Faith in Facts Blog
Sign up for our newsletter
POPULAR AT PATHEOS Nonreligious
1