No matter how appalling you think the ever-worsening scandal is regarding Catholic clergy’s relentless global sexual assaults against children, it’s worse. 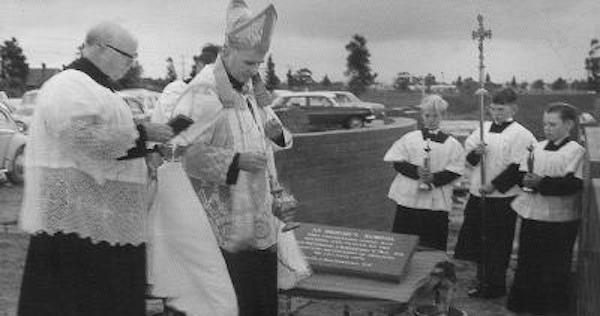 On Monday, a reader of my blog named Jim Jones (@Jim_Jones_1) commented on my August 18 post, titled “Outrage Over Latest Catholic Sex Scandal Misses Point.” Contending that the scandal is far more widespread and destructive that most people are aware, he provided a trove of links to priestly pedophilia atrocities just in Australia.

The most jarring fact in the lot were the unnervingly common suicides among abuse victims from a single church-affiliated school.

Philip Nagle, a 1974 student at St. Alipius Primary School in Ballarat, Australia, the epicenter of some of the worse clergy abuse in Australian history, was the first witness to give evidence when the Royal Commission into Institutional Responses to Child Sexual Abuse began hearings in May 2015. The hearings focused on defining the impact of abuse on survivors, their families and the community of Ballarat.

Suicides ‘through the roof’

A 2015 article on the Australian online News.com.au described Ballarat as “a city that has a suicide rate ‘through the roof’ and is marred by a ‘landscape of death.’ And one old class photo illustrates it in black and white.”

During his testimony at the Commission hearing, Nagle held up his old St. Alipius fourth-grade class photo. The Australian newspaper The Age, reported:

“[The boys in the photo should] all be middle-aged by now, like Philip Nagle, 50. But instead, a third of the boys in the image are dead, believed by suicide. Mr. Nagle … knows why.”

The Age reported Nagle’s description of a disturbing pattern of escalating abuse at the school:

“[Nagle] remembers how it started, watching the Christian Brothers at the school playing ‘catch and kiss’ with the younger boys. He remembers how it escalated into clumsy and confusing, degrading and demeaning sexual abuse in the sick bay. And he remembers the dread, disgust and fear every time Brother Stephen Farrell would smile at him from across the room.”

News.com.au reported that during the Commission hearings witnesses revealed:

“[A]t one time in the 1970s all the male teachers and the chaplain at the St Alipius primary school were molesting children.”

Run by the Catholic Christian Brothers and Sisters of Mercy orders, the school was founded in the late 1880s to educate and stabilize the chaotic lives of children of gold miners working in the area, according to the school’s website.

Sexually abused twice by school staff at St. Alipius, Nagle said he remembers considering suicide at age 9, “standing on the precipice of a cliff there called The Pinnacle, wondering if he should jump — if he should lean further into the wind holding him back.”

“It was — and continues to be — a dark but common option to explore for many men who were abused by a cadre of sexual predators in the church in this region.”

Although no concrete evidence directly connects the suicides to church-related sexual abuse, The Age, referencing Fairfax Media information but not providing a source link, reported that previous police reports had revealed details of “at least 40 suicides by people sexually abused at the hands of Catholic clergy in Victoria, but that number has only grown.”

But there are other, slower, ways to end the protracted misery of surviving sexual abuse.

Shireen Gunn, manager of the Ballarat Centre Against Sexual Assault (CASA) told News.com.au during the Commission hearings that the damage of abuse continues in adulthood.

“[The victims in Ballarat] talk about other forms of suicide. When they drink themselves to death and have negative coping ways that end up in neglect of themselves. They’re all aware of that.”

Andrew Collins, who was 46 in 2015, revealed during the hearings that he had been sexually abused between the ages of seven and 14 by four different men in Ballarat, and had become the spokesman for the Ballarat and District Survivors that sought “redress and openness” regarding the church atrocities.

Collins told The Age that most of the members of his group wrestled with strained relationships and substance abuse, often reeling as they “lurch from one crisis to another.” He himself suffered a breakdown a decade before and still suffered from depression and PTSD.

At the time of the 2015 hearings, Collins said ten members of the group had killed themselves in the preceding 12 months.

But, suicide and self-destruction aside, the atrocities at St. Alipius, manifestly only the tip of the iceberg of abuse throughout its area and Australia as a whole, were bad enough. And one name jutted high out of the water: Father Gerald Ridsdale.

The Commision learned that Fr. Ridsdale and two other “notorious sex abusers” led an “evil” pedophile ring during the 1960s though’80s in and around Ballarat, which is located near Melbourne. Ridsdale was later convicted in various trials between 1993-2017 of sexually abusing 65 boys; he was sentenced to 18 years in prison. When he came up for parole in 2017, he was convicted of further charges and given added prison time.

Throughout his abusive career as a church official, Ridsdale had been protected by local Catholic authorities, from the top down, and shuffled around to various venues to avoid accountability and, more importantly, to protect the church’s reputation, the Commission was told.

But the fallout is still crashing down.

In May of this year, Adelaide Archbishop Philip Wilson was convicted in criminal court of failing to report repeated abuse of two altar boys by a pedophile priest in the 1970s at a parish north of Sydney. Charges had been filed “under mounting pressure from ordinary Catholics, priests and even the Australian prime minister,” according to an Associated Press article. Pope Francis accepted Wilson’s resignation.

The punitive effects of growing public outrage over church sexual transgressions are evident in America as well.

On August 14, the Pennsylvania attorney general released a stunning grand jury report documenting hundreds of cases of sex crimes committed in the state by Catholic clergy in six dioceses over 70 years (I previously posted about this here and here). Cardinal Donald Wuerl has been archbishop of Washington, D.C., since 2006. An August 18 editorial in the Wasington, D.C.,-based Weekly Standard opined:

“We’ve read enough of the report that we cannot fathom why Cardinal Wuerl, who served as bishop of Pittsburgh from 1988 to 2006, has not resigned or been removed by Pope Francis yet.”

Cardinal Theodore McCarrick, who preceded Wuerl as archbishop of Washington from 2001-2006, resigned in July from the College of Cardinals, becoming the first American cardinal in history to step down over sex-abuse allegations.

Wuerl has denied knowledge of McCarrick’s alleged abuses of minors and young priests and seminary students.

Victim suicides were also a deeply disquieting by-product of sex abuse by pedophile priests in the Pennsylvania scandal. A letter reviewed by the grand jury recounted the trauma of a young victim who attempted suicide after years of assaults. The boy, whose name was not divulged in the grand jury report, survived. But nearly two years later, when church authorities without explanation stopped paying for his mental-health treatment, he tried again to take his own life, and succeeded, according to an August 21 story in the York (Pennsylvania) Daily Record.

But that was just one suicidal consequence of the Pennsylvania travesty. The Daily Record reported:

“And while his story is tragic, it’s not the only one of its kind. The grand jury report documents 12 other priests whose victims either attempted suicide or died by suicide. One instance involves the priest himself, who died by suicide, claiming he also was a victim of abuse.”

The good news in all of this, if there is any, is that public pushback against the rampant and historically broad sexual offences of Catholic Church clergy and prelates, and the massive, expansive cover-ups by the church hierarchy worldwide are becoming harder and harder to sweep under the rug.

And when we think of these soul-crushing crimes against humanity — against innocent young children — we should remind ourselves that it’s happening everywhere, from Pittsburgh to Ballarat and beyond.

Something is rotten in Christendom, without question, and needs to be flung onto the garbage heap of history. 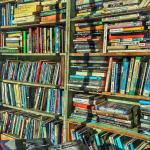 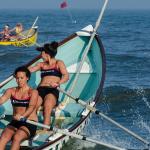