We Could Learn from Critical-Thinking Initiative in Rural India

We Could Learn from Critical-Thinking Initiative in Rural India August 28, 2018 Rick Snedeker

An entertaining Indian biochemistry professor named Narendra Nayak has since 2004 made it his life’s mission to visit remote rural villages in his country to teach unsophisticated villagers, especially their children, how to think critically.

Notwithstanding that this is the first time I’ve ever used the words “entertaining” and “biochemistry” in the same sentence, Nayak, 67, employs humor as an essential and effective part of his process in helping uneducated or under-educated people learn to be rational skeptics — and thereby protect themselves from charlatans.

American kids could certainly benefit from this kind of instruction.

But Nayak’s avocation is not for the faint of heart. He has received numerous threats in recent months, and a plot to murder him was uncovered this past June. A Reddit commenter whose internet handle is “kftgr2” provided this link to a news story about the plot.

Nayak employs local dance and music performers to quickly get the attention of people who attend his presentations, and then he launches into a well-rehearsed routine to wow the audience with scientific explanations for popular “miraculous” deceptions.

Nayak’s initiative is partially underwritten by Atheist Alliance International (AAI), whose mission, revised in 2017, now emphasizes “directly supporting atheists around the world who are excluded, disparaged, discriminated against and criminalized.”

“You could say there are two Indias. In the cities, you’ll find a thriving, well-educated and wealthy middle class, and in the rural villages you’ll find poor, under-educated and extremely superstitious people. According to the World Bank, in 2016, 67% of Indians lived in rural areas. These people don’t have much, but they are easy targets for exploitation. And there is no shortage of tricksters, Swamis and godmen travelling from village to village using magic tricks to demonstrate their ‘powers’, and promising villagers a better life, in return for their money.”

AAI contributed funding to Nayak’s most recent doubt-sowing tour into the Indian outback, and dispatched AAI member Rustam Singh to accompany him and learn his critical-thinking-trade secrets. The hope is that Singh will eventually replace Nayak when he retires from his avocation.

One of Nayak’s key strategies is to teach skepticism without promoting ideas that might be seen as overtly anti-religious or -superstitious, which in rural areas can risk assault. So, wrote Singh in a diary of his accompaniment of Nayak:

“So, instead of talking about atheism, the goal was to raise critical-thinking skills and promote rationalism so that individuals may question the rituals and religions around them on their own.”

This might seem disingenuous and manipulative, but, as atheism is mostly anti-irrationality, not anti-religious, Nayak’s protocol can be seen as a prudent rather than deceptive approach to instilling reason in a population unschooled in it.

Nayak emphasizes two main truths to the villagers he teaches: (1) extraordinary claims “require extraordinary proofs,” and (2) “preconceived notions must be recognized and accounted for before we apply skepticism to even the most ordinary situation.”

During his presentations, the professor tries to debunk common “tricks” that unscrupulous characters perform for villagers in hopes of ultimately separating them from some of their money. One common fraud, repeated for affect by Nayak, is using supposedly empty water containers (with false, water-filled bases) to fake the production of water out of nothing — with which, Singh wrote, “we pushed the audience into thinking of miracles performed by Jesus to conjure wine from water.”

The professor presented each trick as if performed by a spiritual person, not a magician, to give the affect of religious “‘miracles’ busted in front of their very eyes,” encouraging doubt to creep into their thinking. With assumed “miracles” thus debunked, Singh said students, with eyes wide, began to ask questions.

“These workshops, may be the first time these young people were encouraged to ask questions,” he said, explaining that children are traditionally taught not to question adults.

Children are encouraged to repeat the slogan “extraordinary miracles require extraordinary proofs.” The hope, Nayak says, is that he inspires “at least some of them to be more skeptical in the future.”

Nayak teaches kids to avoid conflict but to directly demand visiting tricksters and so-called “godmen” provide greater proofs for their “miracles” — for example, if a magician seems to make a coin disappear and reappear, children are taught to ask them to do the same with a kilogram of apples or rice (which could not be hidden as easily as a coin in a skillful distraction).

Singh said his “most humbling experience” in traveling with Nayak in the Indian hinterland was:

“… to go to the slums on the outskirts of a remote village, disconnected by road, set up a camp on borrowed plastic furniture, under a street light, with local kids sitting on the road itself. Stray cows and animals walked by, and with absolutely no temptation or motivation to keep kids glued to their seats, I was surprised by how eager even the humblest of children, from families who had experienced decades and centuries of systematic oppression, were so receptive to our talks.”

Although Singh believes Nayak’s initiative has been successful in bringing rational ideas to the Indian countryside, he said more funding and volunteer manpower is needed to make such village visits extensive and routine, and “to continue to provide a voice of reason throughout the nation.”

It’s a big job. Twenty percent of the population of earth lives there. 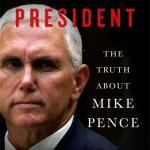 August 27, 2018
Food for Thought: Are Religions and Cults Exactly the Same?
Next Post 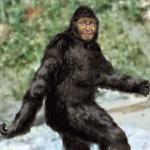 August 29, 2018 Reality Scat: Bigfoot, Horoscopes, Psychics and Other Hooey
Recent Comments
0 | Leave a Comment
Browse Our Archives
get the latest from
Godzooks: The Faith in Facts Blog
Sign up for our newsletter
POPULAR AT PATHEOS Nonreligious
1