Don’t Stop Me If You’ve Heard This Before

Don’t Stop Me If You’ve Heard This Before August 11, 2018 Rick Snedeker

Lots of people at least started to read my August 8 post, “Another Christian Apologist Tries to Sneak ‘Reason’ Into Theology,” which, of course, is great. But, on average, each blog visitor hung around for less than a minute, which is not great.

My takeaway is that readers found the headline promising but the text underwhelming.

So, this follow-up is only half the length of its predecessor and, hopefully, just whelming. But I think it’s just as instructive as the original post.

I’m posting this because coincidentally in my regular internet research yesterday I ran across a 29-page academic paper extremely relevant to this topic, titled “Can it be Rational to have Faith?” It’s conclusion — that faith in some instances can be rational — was even more maddeningly obscure than the video debate that inspired (if that’s the word) my earlier post.

Because a false linkage between faith and reason is routinely trotted out by believers, not least evangelical Christian proselytizers, I believe it is important in every instance to push back. After all, if religious faith were, in fact, a provably reason-derived enterprise, that would make the assumptions of its doctrines, for all intents and purposes, true. But its truth has never been even partially verified, and its invisible beings and realms never produced, much less reproduced.

So, even though you may have read my recent post and watched the attached video, I encourage you to read, if only a smidgen of, this academic paper, which illustrates far better than I the mind-bendingly convoluted arguments required in trying — futilely — to square this circle of faith and reason. The paper is by Lara Buchak, an associate professor of philosophy at University of California, Berkeley. I learned about it in a National Public Radio article online, “Can Faith Ever Be Rational?”

Assuming that a simpler argument is always better, the numbing complexity of this paper should give anyone pause.

The importance of this continuing discussion is that if reason can be liberated from its long and falsely assumed association with religion, religion becomes only what it actually is: fantasy-fueled wishful thinking. In my view, we could then get on with the business of living more rationally, less self-delusively.

Buchak’s introductory paragraph shows how the only way to marry reason to faith is to corrupt the meaning and sense of words, imputing to them only very loosely defensible and variable definitions. She wrote:

“My concern in this paper is the relationship between faith and rationality. I seek to develop a unified account of statements of faith concerning mundane matters and those concerning religious faith. To do so, I consider the sense in which faith requires going beyond the evidence, and argue that faith requires terminating the search for further evidence. Having established this, I turn to the question of whether it can still be rational to have faith; arguing that, contrary to common assumptions, there need be no conflict between faith and rationality. We shall see that whether faith can be practically rational depends both on whether there are extrinsic costs associated with postponing the decision to have faith and the extent to which potential counter evidence would be conclusive.”

The central problem with her argument is that she seems to conflate religious faith with faith in what she calls “mundane matters,” such as a lover’s fidelity. The reason it’s unreasonable to conjoin the two is because one is evidence-based (fidelity) and one not. One is fundamentally contingent (fidelity) because everyone knows humans, no matter how devoted, are inherently fallible and their flesh ridiculously weak. The other is a necessarily absolute faith in an omnibenevolent being; if it weren’t absolute, it wouldn’t be the “faith” of religion. It would be a vague hope.

Buchak posits that faith in another person’s ability is the same as faith in God’s benevolence. In fact, one you can actually test in the real world and the other you can’t. They’re as different as a forgotten intent to hum is from hummingbirds.

“I did not know from a scientific perspective why I did not believe in evolution — but I knew from a biblical perspective it had to be wrong or my faith was in trouble.”

So Ham and other believers feel compelled to tie themselves in Gordian knots trying to explain the patently unexplainable.

If you do read this paper, please let me know your thoughts. 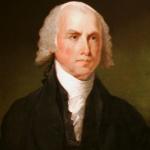 August 10, 2018
Even If You Love Trump, This Lefty Article Is Worth Reading
Next Post 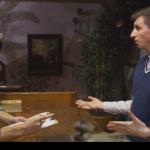 August 12, 2018 The Kloons: Blasphemy Has Rarely Been Funnier, or Smarter
Recent Comments
0 | Leave a Comment
Browse Our Archives
get the latest from
Godzooks: The Faith in Facts Blog
Sign up for our newsletter
POPULAR AT PATHEOS Nonreligious
1