America The Beautiful (and Ugly) in One Day

What makes America great, and what should greatly worry us, were on full display today.

American greatness was beautifully staged in Washington, D.C., as the flag-draped casket of a true American hero, Sen. John McCain, was proudly carried by a military honor guard resplendent in dress uniforms into the U.S. Capitol, so citizens may bid him a fond farewell.

The ‘Queen of Soul’

Further east, an enormous crowd had already gathered before the start of a two-day viewing of recently deceased singer Aretha Franklin, the irreplaceable “Queen of Soul,” at Detroit, Michigan’s, Charles H. Wright Museum of African American History. Her funeral is Friday.

These two ritual events honor two of America’s finest representatives of excellence, achievement and integrity in the nation’s civic and artistic life.

But there was also a dark cloud on the horizon, indicating that Americans remain deeply divided politically and socially, seething with hate and resentment, under a president who remains historically unpopular with a majority of citizens and behaving in ways insulting to the nation’s hallowed traditions and dismissive of its essential diversity.

A new survey shows that despite more than 60 percent of the citizenry now rejecting President Trump’s leadership, Republicans — elected officials and rank-and-file voters alike — still fully support him and, thus, are complicit in increasingly apparent corruptions and illegalities in the Oval Office and elsewhere in the Trump administration.

But I focused instead today on the well-deserved love America showered on Sen. McCain and Ms. Franklin.

I am a bit of a Scrooge regarding pomp and circumstance, but I must say, I found the carrying of Sen. McCain’s casket into the Capitol rotunda enormously moving. The reverence of the nation echoing through centuries of American history and righteous struggle seemed almost palpable. I actually felt a tug at my heart. It is fitting and enriching to honor the best examples of us. It reminds us of what matters, not today, but every day.

Fittingly, President Trump, who once mocked Sen. McCain because he was captured — “I like people who weren’t captured,” said the president — was not invited. But at McCain’s invitation, former Presidents Barack Obama and George W. Bush, who each defeated McCain in presidential races, will eulogize the senator on Saturday.

So, Sen. McCain — “Johnny” to his 104-year-old mother, Roberta, who attended the event — is the appropriate beneficiary of glory bestowed by a grateful nation. A nation that understands that he was the kind of American we adore, a Republican who speaks truth to Republican power and who once asked a Democrat, a longtime friend, to chair his presidential campaign.

“You do realize, John,” asked his puzzled friend, “that I’m a Democrat?”

Inclusiveness. Oh, how we miss ye.

Words from the vice president

At McCain’s ceremony, Vice President Pence awkwardly explained, “The president asked me to be here on behalf of a grateful nation …” but it lacked authenticity in the wake of the president’s serial disrespect of McCain that continued to his death. The senator’s grief-stricken daughter Meghan McCain, according to a New York Times report, looked on “with an icy gaze” as Pence delivered his prepared remarks.

“My name is Joe Biden. I’m a Democrat. And I love John McCain.”

“You could come to a different conclusion,” Biden said. “But where he’d part company with you is if you lacked the basic values of decency, respect, knowing that this project is bigger than yourself.”

None of the speakers mentioned the current president’s name.

At Aretha Franklin’s viewing today, a letter was read from former president George W. Bush. In it, he wrote that Franklin was “a woman of achievement with a deep character and loving heart,” adding:

“She made important and lasting contributions to American music with her gospel-inspired style and distinctive voice. Her remarkable talent helped shape our nation’s artistic and cultural heritage.”

“Her voice made you feel something. You felt every word, every note, every emotion in the songs she sang. Her voice brought peace.”

But also today, a new Washington Post/ABC News poll reports that President Trump’s national disapproval rating has jumped to 60 percent and that nearly half, 49 percent, of Americans say Congress should begin impeachment proceedings that could end up removing the him from office. That means most Americans — by far — oppose the president and support his impeachment. Fifty-three percent of the electorate also believes he has tried to interfere in Robert Mueller’s special counsel investigation (which 63 percent of Americans support) in a way tantamount to obstruction of justice.

The bad news in this report — the dark cloud I referenced above — is that 78 percent of Republicans still approve of the president’s performance, 61 percent oppose the Mueller probe, and most don’t believe Trump is interfering in the probe.

The really disturbing aspect of this report is that it shows Democrats and Republicans not only have different opinions about the president but they derive them from completely different realities — only one of which is materially defensible. This bodes ill for the future, when Americans cannot even agree on irrefutable facts.

Thank goodness for Johnny and Aretha, and that a majority of Americans seem to be thinking clearly. 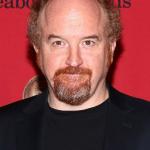 August 31, 2018
Why Do Rapists And Sex Abusers Suffer Less Than Their Victims?
Next Post 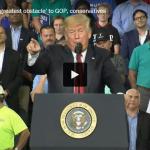