Make no mistake, the new so-called “religious freedom task force” unveiled by Attorney General Jeff Sessions on July 30 is about neither “religion” nor freedom.

It’s about giving fundamentalist Christians legal cover to enforce their private superstitious beliefs in discriminating against Americans who don’t share their views.

Is America inhospitable to religion?

After the task force announcement, reporter Lydia Wheeler wrote in The Hill:

“Sessions said the cultural climate in this country — and in the West more generally — has become less hospitable to people of faith in recent years, and as a result many Americans have felt their freedom to practice their faith has been under attack. We’ve seen nuns ordered to buy contraceptives. We’ve seen U.S. senators ask judicial and executive branch nominees about dogma—even though the Constitution explicitly forbids a religious test for public office.”

“The Constitution’s protections don’t end at the parish parking lot nor can our freedoms be confined to our basements.”

“… have found it harder to operate in line with their beliefs due to governmental policies, such as the Obama administration’s HHS contraception mandate, and the recent crackdown on faith-based foster care and adoption providers who place children only in homes with a mother and a father.”

In other words, religions and faith organizations resent having to follow U.S. laws outlawing discrimination by religion (in this case against the nonreligious) or gender, or providing legally authorized government services that they object to on superstitious grounds.

In fact, Americans have been fully able to privately practice their religious faiths everywhere, but others have protested that the practice of private faith should not be a cover for arbitrarily denying other Americans their human rights and freedoms.

But the 20 fundamental principles outlined in the task force directive for the executive branch to enforce include “the principles that free exercise means a right to act — or to abstain from action — and that government shouldn’t impugn people’s motives or beliefs.” That means denying the rights of nonbelievers to accommodate believers’ imaginary beliefs.

One of the inherent problems is with how each of us views the term “religion.”

What is ‘religion,’ really?

As I’ve said many times before on this blog, such as here, standard definitions of the terms “religion” and “superstition” are virtually interchangeable in dictionaries, but because religion has over centuries become normalized in American society the supernatural ideas that underpin Christianity (and any godly faith) are assumed by many to actually exist in the real world. But there’s never been any evidence put forth proving they do.

So we should stop viewing “religion” as somehow more real than superstition; it isn’t. The use of the term in the Constitution’s First Amendment regarding religious liberty is an artifact of antiquity, way back when the existence of supernatural things was generally accepted as true by virtually everyone. But the evidence-based, scientific Enlightenment, which fundamentally influenced our founder’s intent in creating the American democratic system, was still relatively new during the birth of the nation.

Thomas Jefferson, the primary author of the Declaration of Independence, railed against religious domination and coercion in societies and its suppressive effect on freedom, once warning:

“In every country and every age, the priest had been hostile to Liberty.”

And he urged his countrymen to value their rationality above all else.

“Question with boldness even the existence of a god,” he wrote, “because, if there be one, he must more approve the homage of reason, than that of blindfolded fear.”

This was a guy who clearly didn’t want religious zealots pushing Americans around.

Religious freedom in the New World was an attempt to accommodate harmony among American colonists of diverse faiths, but in no way was it a plan to embed Christianity in the American experiment and its government. Indeed you will be hard-pressed to find any clear godly language of any kind in the Declaration of Independence or Constitution. There’s a reason for that. Jefferson, James Madison and the others passionately, specifically, didn’t want it there, and sought mightily to legislate against a Christian theocracy in the future.

But the ink had barely dried on our founding documents before Christian zealots were hard at work trying to insinuate more Christianity into American habits, mores, institutions, pledges and oaths, money and important documents. And it has never let up.

No surprise then that Sessions emerged at the Department of Justice this week to announce his task force, proclaiming that the nation can now “take pride in respecting all people as they fully exercise their faiths,” while warning that a “dangerous movement, undetected by many, is now challenging and eroding our great tradition of religious freedom … [and] must be confronted and defeated.”

Except that this so-called movement is challenging not religious liberty but a faux corruption of what the founders intended. The founders’ intent was that no one would be discriminated against in the new land for whatever religion they subscribed to, unlike in the oppressive, suppressive mono-religious societies they fled in Europe.

The “liberty” Sessions was talking about in introducing his new task force is an authorization for people who, for example, believe the Bible hates homosexuals, to be empowered to personally deny public services to gays — in a word, to discriminate — because gays offend their “religious” (meaning superstitious, remember) sensibilities.

Would a God really hate homosexuals?

There are two problems with this kind of thinking and how it might influence policy. It beggars common sense that an all-loving divinity (should one exist) would think any of its creations, including gay people, were “an abomination,” as God purportedly contends in the Old Testament. So, why are we still following such nonsense in the first place? The second problem is that the Constitution requires equal treatment and nondiscrimination for all Americans. It does not authorized discrimination — violating the constitutional rights of others — based on bruised private sensibilities, religious or otherwise.

If religion is removed from this civic equation regarding homosexuals, on what defensible basis could anyone be allowed to decline public benefits to gay people? Well, it offends some people for personal reasons, but stupidity and bigotry and meanness offend me, and I certainly can’t legally discriminate against dunderheads, bigots and nasties, any more than homophobes should be allowed to discriminate against gays, or gays against homophobes.

After all, these are not perversions but natural members of the vastly diverse human continuum, according to every reputable medical and psychological organization in the world. To demonize them is prejudice, pure and simple. To justify it based on “religion,” makes no sense. It’s like justifying racism because some people are uncomfortable around dark-skinned people.

Therefore, what we have with this new task force is a dishonest, disingenuous manipulation of the levers of power to allow fundamentalist Christians to decide — and enforce — discrimination against Americans due to private, superstitious claptrap trapped in their heads.

It means a public bakery can refuse to bake a wedding cake for a betrothed gay couple. It means that Hobby Lobby or any other business providing health insurance to employees can deny them contraceptive services because it offends the owner’s superstitious, nonscientific biases about procreation. It means anti-abortion fanatics can harass women trying to access constitutionally legal abortions supported by a majority of Americans (including the Supreme Court), and to manipulate the judiciary to overturn Roe v. Wade, which legalized abortion in the first place.

And mark my words, evangelical Christians continue to illegally insinuate the imaginary assumptions of their faith into every school, public space and government institution in the land through stealth, subterfuge and judicial manipulation. For words: The Good News Club (which insinuates bible study into schools). One would think true Christians would recoil from being part of such bald-faced dishonesty.

The irony is that all Americans are already completely free to believe whatever it is they want to believe anywhere.

The problem arises when one person’s private beliefs negatively affect another’s human rights, no matter what sense or nonsense is at play.

But since this is a secular republic, sense should always prevail. 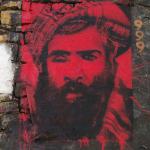 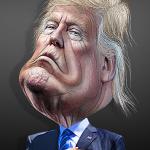 August 3, 2018 Science Suggests That Falling For Trump Means You're Stupid
Recent Comments
0 | Leave a Comment
"The peak is just in time for Easter, the silliest and most delusional of all ..."
Jim X Pray if you want, but know ..."
"Covid-19 is non-sentient and does not care what your religion, politics or social status are."
Michael Neville Pray if you want, but know ..."
"> ... the combined skeletal remains of 269 young boys and girls between the ages ..."
Jim Jones 15th-century Peruvian child massacre a horrible ..."
"Wait - if covid 19 continues its way modern Christians will start demanding similar sacrifices."
Bob Jase 15th-century Peruvian child massacre a horrible ..."
Browse Our Archives
Follow Us!

Coronavirus and the Christian crazies: round-up # 3
• Pastor says "true Christian" would be willing to die from...
view all Nonreligious blogs
What Are Your Thoughts?leave a comment
Copyright 2008-2020, Patheos. All rights reserved.