Why Do Rapists And Sex Abusers Suffer Less Than Their Victims?

Vindictive justice is no justice, of course.

Which still doesn’t make it an uncommon psychological impulse of the victims of sexual crimes. Those thus violated naturally believe justice should be meted out to their assaulters, but often prefer it be done vengefully, painfully, degradingly.

But it almost never is.

While victims often suffer damaging lifelong repercussions from rape and abuse, their offenders only sometimes get jail time if convicted, and then are eventually released (if they don’t get off scot-free) with most of their normal, presumably un-haunted lives remaining to be fully enjoyed.

Where’s the justice in that? That’s what author, Purdue University assistant professor and rape survivor Roxane Gay asks in a New York Times op-ed today, titled “Louis C.K. and Men Who Think Justice Takes as Long as They Want It To.”

The motivation for the article is edgy American comedian Louis C.K., who disappeared from public view in 2017 after famously admitting at the height of the #MeToo surge that he had previously exposed himself to female comedians and then masturbated in their presence “against their will,” as if there were any other way.

Certainly, his fulsome admission and apology are to be applauded, but it’s hard to rationalize that they should logically be followed by an “all is forgiven” green light for a man with such appalling self-control and human dignity issues to resume life as usual without essential adjustments.

Yet, Louis apparently sees it that way. On August 28, he suddenly reappeared on a public stage, at New York City’s Comedy Cellar.

“Apparently,” Gay wrote icily, “he found a new way of forcing himself on an unsuspecting audience.”

And his audience once again proved that comedy-club crowds, with enough booze and tawdry humor of the kind that Louis C.K. traffics in (and sometimes personally practices), are gregariously magnanimous.

After his 15-minute set, he received a standing ovation.

Suddenly, his nine-month, self-imposed banishment was over. His debt to society purportedly paid. Really?

His victims, on the other hand, remained mired various slimes of shame, self-reprobation and rage.

An A-list of predators

“Some have lost their jobs. Harvey Weinstein is facing criminal charges,” Gay wrote. “They have fallen from grace, but they have had mighty soft landings.”

On the other hand, she writes, the victims “have been disbelieved” and forced to endure “accusations that they are seeking attention.” “Justice, she says, has been “grandly elusive” for those violated.

Reportedly, Lauer, Rose and Batali, each after less than a year of penance, are also planning returns to their previously very lucrative public careers.

“They have demonstrated that they don’t really think they’ve done anything wrong,” Gay wrote.

And public opinion seems to be more focused on the potential ruination of perpetrators livelihoods by ruthless justice, wrote Gay:

“People love a comeback narrative, and all too often they yearn for this narrative at the expense of victims who are only beginning to reconcile with their suffering.”

How long should a boorish, criminal predator like Louis C.K. pay for his crimes against humanity?

“He should pay until he demonstrates some measure of understanding of what he has done wrong and the extent of the harm he has caused,” Gray suggests.

She proposes that true justice should include a face-to-face negotiation between perpetrator and victim to set fair boundaries of restitution. In Louis C.K.’s case, Gray wrote, he should financially compensate his victims for mental-health treatment and work lost as a result of his harassment and his efforts to suppress their complaints. He should help his victims retrieve lost professional opportunities. He should donate to nonprofits dealing with sexual harassment and assault victims.

He should, in particular, publicly apologize without equivocation, legal parsing or other hemming and hawing.

Religion and the law

However, Americans have inherited a Judeo-Christian religious system whose ethos of moral proportionality — and a lot of raw misogyny — is embedded in our legal system.

In a 2017 article in Huffpost, Amitai Etzioni, a professor of international relations at George Washington University, explained how sex crimes are parsed:

“Sexual harassment acts also differ significantly from one another and hence call for different levels of punishment. At the worse end of the continuum is use of force, in rape. It should be treated severely like all violent crimes. Lesser uses of force—forceful kissing, groping—nevertheless cross a line that separates sex violence from other forms of sexual harassment. They make people feel violated and disempowered.”

Still, the victims of forcible rape or dehumanizing sexual harassment may feel the same degrading intensity of violation. The law is stoic and impersonal; the experience is visceral and personal. Etzioni added:

“To be fair, one must also note that norms change. The fact that ‘everyone does it’ and that men were brought up to assume that they could engage in such abusive behavior with impunity—does not make sexual harassment less offensive. However, it is a mitigating factor that should be used to treat more severely all such acts committed as of 2017.”

So the question remains, what is justice in these cases?

In Etzioni’s view, what would be fair is that when perpetrators “show true remorse and commit to restructuring their lives, they are allowed to be reintegrated into society.” Gray agrees, in part, but argues that financial and practical restitution to victims should also be required, and a shared commitment to reconciliation.

All good ideas, but they aren’t happening now.

At the very least, before Weinstein, Batali, Lauer, Spacey and Rose, and, after-the-fact, Louis C.K. are welcomed (if that’s the word) back into the public fold, should they not be required to atone for their crimes by fulfilling certain prerequisites of justice that they have heretofore avoided?

It should be a no-brainer. 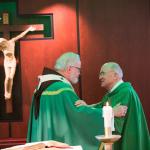 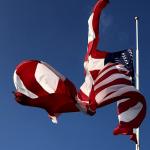 August 31, 2018 America The Beautiful (and Ugly) in One Day
Recent Comments
0 | Leave a Comment
Browse Our Archives
Follow Us! 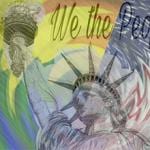