Ever since the “Red Scare” in 1950s America, when Wisconsin Sen. Joseph McCarthy launched a real witch hunt against anyone even remotely associated with Communist ideology or its fellow travelers, the term “socialism” has become commonly (but falsely) understood around the country to mean Communism Lite.

It’s nothing of the kind, of course, unless you also believe that modern Denmark is an authoritarian, quasi-Communist state. If it were (although it’s not), we should be so lucky.

This kind of numbskull thinking is still all-to-prevalent in the United States. Take for example President Donald Trump, who the day after the debut Democratic presidential debate called self-described Democratic Socialist candidate Sen. Bernie Sanders a “maniac” (although, to be fair, the term far more accurately describes Trump).

“Capitalism — or really the concept of “liberalism” — arose in the 17th century, and centers on the right to private property. In Adam Smith’s foundational ‘Wealth of Nations’ is recognition that capitalism is going to make the lives of a good majority of the population miserable, and that there will be a need for government intervention in society and the economy to offset the worse effects.”

In other words, get that idea out of your heads that capitalism and its effects are inherently good. As Quill (through Adam Smith) points out, it has some nasty side-effects that must be addressed to maintain equilibrium and equability and equanimity in capitalistic societies. Which is to say, keep things stable and balanced.

While socialism inherits some economic concepts from the Communist manifesto of founding fathers Karl Marx and Friedrich Engels, it is a far kinder, gentler animal. Like the difference between judo demonstrations and full-contact, no pads, no rules karate.

As Bump explained in his informative Independent article:

“Socialism was in part a response to capitalism, … [that] focuses on the inequalities that arise within capitalism through a number of possible responses. Quill outlined some possibilities: ‘[T]he state might “wither away” or collapse altogether, in others it would regulate the production of goods and services, in yet others it would become thoroughly democratic’ — all with the aim of reducing that inequality.”

So let’s stop this nonsense of equating socialism with Vladimir Lenin sneaking into the country (as he did Russia in 1917), imposing a ruthless, callous, authoritarian regime, killing the extant czarist rulers and family, grabbing every lever of political and economic power, and forcing everyone to do what he wanted. Followed by Joseph Stalin some years later, who was arguably worse in that millions died in his drastic forced collectivization of the economy.

No, think liberal Denmark and Sweden, the current paragons of democratic socialism, and even the United Kingdom and Germany, the latter two having far more “welfare”-type programs than the U.S. You don’t see terrified citizens pouring out of those countries for better lives. Escapees are generally from ruthless, authoritarian, crony-capitalist societies or economic basket cases.

Bump writes that democratic socialism is at heart a rational, inclusive system that seeks:

“ … democratic control of sectors of society and economy in order to avoid the pitfalls of an unregulated market and — this is most important — the kind of terrible authoritarian government that emerged in the Soviet Union.”

But, as Bump notes, idealistic Marxist notions like, “… we hunt in the morning, fish in the afternoon, and become opera critics in the evening” during the Cold War “came to be inextricably and pejoratively associated with the Soviet Union and with the elimination of private property.” (Unlike in Denmark, for instance, where people are fully free to own things.)

This faux commie interpretation of socialism “served as shorthand for all things un-American — which was the way Trump” used it, Bump wrote.

And so, too many of us Americans retain this bogus interpretation, and the nation’s dominant American authoritarian today is using it to scare people into letting him unilaterally decide what we need. He prescribes the same inequalities that reward the rich, which, ironically, brought socialism into existence in the first place. Hello, Lenin?

The tragic irony is that the people who support Trump and his un-democratic economic ideas are the most harmed by them and who would be most helped by more socialistic policies. We’ll see if they wake up to reality, but time’s a’wastin’.

As you contemplate definitions of terms and what “socialism” actually means (hint: it’s not a form of Communism), here’s a couple of excellent, balanced articles published Sunday on this topic by award-winning New York Times columnist Paul Krugman, a Nobel Prize laureate considered one of the world’s pre-eminent economists, and Michael Tomasky, a thoughtful, nondoctrinaire columnist for The Daily Beast.

Krugman’s engaging and informative column about Denmark, titled “Notes on a Butter Republic,” can be found here. Tomasky’s piece, titled “What are Capitalists Thinking?” is here.

Workers of the world unite!! 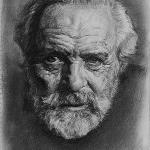 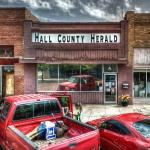 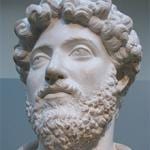 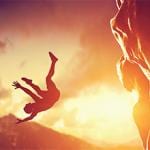 Nonreligious
Chart: American religious identity has fallen off a...
Godzooks: The Faith in Facts Blog
TRENDING AT PATHEOS Nonreligious