It has long been a pet peeve of mine that the letters to the editor on my local newspaper’s opinion page frequently extoll how only God can save us from ourselves, and America from itself. They’re like “energizer bunnies.”

But never do I see a letter from a nonbeliever extolling the virtues of life lived real, despite a quarter of the state’s (and nation’s) population believing in no supernatural beings whatsoever. And the number has been surging in the past few decades.

So, as in virtually every other corner of American life, religion, not rational materialism, is commonly and continuously thrust front and center in our consciousness in newspapers. From the churches on countless blocks, and the crosses and heaven-imploring steeples that adorn their exteriors. From “In God We Trust” on our money and “under God” in the Pledge of Allegiance our children recite at school. From prayers at city council meetings. To glorifications of divinities in letters on opinion pages and in newspaper articles of various “miracles” that are supposedly always occurring here and there.

It’s hard to avoid the trappings of godliness in the U.S., whether or not any of it is realistically true.

The latest devotional letter to the editor in our hometown paper, this Saturday, was titled “The Collapse of U.S.?”

In her rather long letter, the writer, one of the 15,000 people who share my town, discussed how history, politics and scripture are all entangled in determining America’s future, and the outcome, in her eyes, doesn’t look promising. Quoting Edward Gibbon, a brilliant if jowly English historian of the Enlightenment who wrote The History of the Decline and Fall of the Roman Empire (1776), she delineated five key reasons why ancient Rome, and civilizations in general, purportedly collapse.

No. 5 is clearly her favorite: “The decay of religion; Faith fades into mere form and loses touch with life, becoming impotent to guide it.”

“Those of us who know God personally through faith in Jesus Christ must keep our eyes on Him. May God have mercy on America.”

The other four reasons she lists as responsible for the imminent collapse of societies are a surge in divorce, higher taxes, ever-more-decadent pleasure seeking, and the building of ever-more-powerful weapons of war.

In that case, we should probably prepare for our collapse yesterday.

Ironically, Gibbon, the apple of the letter writer’s eye, openly criticized organized religion in The Rise and Fall. Raised Roman Catholic, Gibbon in his youth became an apostate to that faith but then embraced Protestantism. But when his father then threatened to disown him, he pragmatically reconverted back to the Catholicism, the religion of his family.

Gibbon famously characterized the Middle Ages as devastated by “the triumph of barbarism and religion,” (Decline and Fall, Vol. 3, page 1,068, 1996). But, ironically, he was no secular innovator, aligning himself with political conservatives and rejecting the democratic “rights of man” espoused by Anglo-Irish political theorist Edmund Burke.

But, it’s safe to say, whatever his politics, Gibbon didn’t see monolitic religion as the savior of civilizations; quite the opposite.

Yet there were the purported glories of religion once again prominently displayed on the pages of a local newspaper read by small-city people with a broad cross-section of attitudes and beliefs. And it’s happening all over the country, and has been for centuries. Implying to all that God is real and that an invisible being can solve all our personal and national problems.

I plan to start writing letters to the editor extolling the virtues of humanism vs. religious faith, if allowed by the editors, and I encourage other nontheists to do the same in their small and large newspapers, blog hubs, and on social media. I already write this nonreligious blog, but I’m mostly preaching to the secular choir with it. However, one of my state’s larger newspapers kindly published several of my irreligious essays. Instead of talking among themselves, secularists need to make sure their religiously skeptical concepts get to believers; the rest of us are already converted.

As more and more Americans move away from religion (and this is now trending throughout the West, especially in Europe), the time is right to spread the word about the virtues of irreligion — rational skepticism in supernatural ideas — as an alternate means of crafting a reasonable, rewarding and kindly life.

The letter writer of “The Collapse of U.S.?” wrote, “They say history repeats itself, especially when people aren’t wise enough to understand what happened before.”

Actually the unyielding intractability of humanity’s primitive emotional nature and enthrallment to fantasies (religion and myth), far more than lack of wisdom, cause mankind to relive many catastrophes of the past. But it’s never exactly the same horror.

That’s why it’s more accurate to say history doesn’t repeat itself — for atheists and faithful alike — but it certainly rhymes. 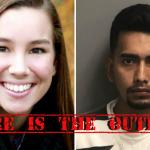 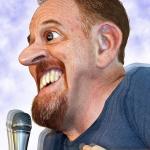 September 4, 2018 Notorious Sex Boor Louis C.K.’s Reincarnation Revisited
Recent Comments
0 | Leave a Comment
"It still happens today. Look at how man preachers are sacrificing their flocks by getting ..."
Cozmo the Magician 15th-century Peruvian child massacre a horrible ..."
"Human sacrifice has been around the world for millennia, so that is nothing new. Even ..."
Traveller 15th-century Peruvian child massacre a horrible ..."
"Jesus is the 1st century "Slender Man"."
Jim Jones In new book, scholar contends Jesus ..."
"You can always find a bible verse to support whatever evil you please.His "clean slate" ..."
Sophotroph Pew: U.S. evangelicals just don’t care ..."
Browse Our Archives
Follow Us!