I half expect these days to bump into Giordano Bruno at McDonald’s or somewhere.

It’s not so bizarre an idea when you consider that blasphemy — medieval Catholic monk Bruno’s stock in trade — is suddenly all the rage again around the world, if it ever stopped being.

Bruno (1548-1600), as you may or may not be aware, was a free-thinking, science-anticipating Dominican friar and contemporary of Galileo who had the temerity to publicly say, among his many heretical notions, that he believed the universe may very well be infinite and contain innumerable worlds like our own.

However correct, it was widely panned as a crackpot idea — even heretical — at the time.

Like Copernicus before him and Galileo after, Bruno rejected the prevailing cosmological and religious orthodoxy of his day that agreed the earth was the center of the universe, around which all heavenly bodies orbited. Both Bruno and Galileo suffered greatly for opposing that longstanding dogma, which, as we know now, is nonsense. In fact, planets in countless solar systems orbit their stars and are only orbited sometimes by moons. There is no all-important center to anything in the cosmos.

But I digress. Bruno’s most stark claim to fame is the manner in which he was dispatched as a heretic by the Roman Catholic Inquisition of the time, when, unfortunately for Bruno, the Catholics and renegade Protestants were at each other’s throats in ruthless religious conflict and had little appetite for compromise.

For his ideas, seen by the church as blasphemous and heretical, Bruno was condemned and taken to Rome’s Campo de Fiori, where he was chained to a wooden stake, his tongue gagged so he couldn’t utter any more heresies, and burned alive. It was a disrespectful execution. In his day, if a heretic was held in more esteem, he or she was strangled before burning, a process considered more humane than being roasted while conscious.

In the United States of America, of course, we are immune to such worries because our constitutionally protected speech and religious freedoms allow us to say pretty much whatever we want without fear of being publicly barbecued for it (although Americans can, and often are, figuratively “barbecued” for expressing their views).

In fact, opposing blasphemy laws is so ingrained in American culture it appears to be one of the few things left in the Trump Era that has bipartisan support.

The two resolutions are supported by coalition of 20 religious and nonreligious advocacy organizations. Wrote Bulger wrote:

“These resolutions are proof that, even in today’s hyper-partisan gridlocked Congress, bi-partisan, interfaith work is still possible.”

The resolutions propose, in part, that the United States encourage nations with blasphemy, heresy or apostasy laws to repeal them, and that countries insisting on keeping such laws be designated “countries of particular concern for religious freedom” under the International Religious Freedom Act of 1998.

It’s an open question whether other countries will listen to American advocacy, especially those where official executions and extra-judicial killings of people perceived as heretics and blasphemers are depressingly common. Where so-called “honor killings,” religion-based and often perpetrated within families, are endemic.

But it’s an honorable fight nonetheless.

And blasphemy is not just an issue in undeveloped countries and those with ancient majority religions. Ireland, for instance, a sophisticated, industrialized, mainly Catholic nation, next month will vote on a referendum to remove Article 40.6.1 from its Constitution. According to a post in Patheos’ The Friendly Atheist blog, the article states:

“The publication or utterance of blasphemous, seditious, or indecent matter is an offence which shall be punishable in accordance with law [which stipulates fines up to $30,000 per offense].”

Apparently, Ireland’s constitutional provision against blaspheming hasn’t been enforced in years, but because it’s still on the books should be worrisome. Removing it would remove the easy temptation for any emerging traditionalist Catholic government to revive its enforcement.

Where blasphemy is demonized

Elsewhere, however, where religion is more visceral and more deeply embedded in sacrosanct public behavior and morals, the stakes and consequences can be much higher.

In Saudi Arabia, where I spent 26 years working and living over decades, citizens can still be jailed for blasphemy and theoretically face capital punishment for apostacy (leaving their birth religion for another). In India and Pakistan, and other states in the subcontinent, religious murders are common against perceived heretics and women judged immoral according to ancient religious dictates. One such atrocity was when atheist blogger Avijit Roy, an American of Bangladeshi origins, was hacked to death in Dhaka, Bangladesh, in 2015 because of the secular views he promoted. His wife lost a finger in the attack.

The danger of laws criminalizing blasphemy, AHA’s Bulger writes, is that they:

“[H]arm not just the nontheistic and those without a religious affiliation, but dissidents in all religious sects. In many countries, Christians, Jews, Muslims, Hindus, and other religious minorities are imprisoned, tortured, sentenced to death, and executed for blasphemy offenses. According to the Pew Research Center, over a quarter of the world’s countries maintain blasphemy laws.”

So, I applaud Ireland’s initiative to remove such laws from its own Constitution, and American politicians and various religious and nonreligious groups who are trying to hold other countries more accountable for their lack of religious freedom and persecution of purported blasphemers.

But religious beliefs and passions run deep, no matter how arbitrary and unsubstantiated.

Under the best of circumstances, it would be a long, slow, tedious slog to make the world less bigoted. But it’s still worth a try. 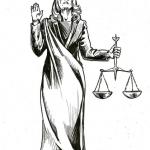 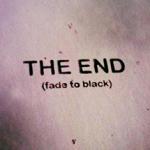 October 1, 2018 Judge Kavanaugh and Dr. Ford Are Both Right: Hypothesis #2
Recent Comments
0 | Leave a Comment
Browse Our Archives
Follow Us!