Even Pulitzer-Prize-Winning Skeptic Wrestles With Divine

Beverly Weintraub is a member of New York Daily News’ Pulitzer-Prize-winning editorial board. As a professional journalist, she is, by definition, a working skeptic who blends divergent external opinions rather than defending her own personal bias.

In short, she’s smart, fair and balanced in her thinking, realistic, pragmatic, a conscientious weigher of arguments.

She’s also a Jew, if only nominally, but like many largely secular members of what is sometimes called the “chattering class,” the professionals in news and opinion media, she struggles mightily with the concept of divinity.

Such intimations of godliness are the indefinable intuitions in human brains that seem to lead the vast majority of us to believe in the unbelievable — invisible, insubstantial beings and realms that are assumed to reflect immortal, omnipotent qualities.

The impetus for my post today is a kind of epiphany Weintraub experienced recently when she and her partner (who was at the controls)  crashed into a woodland in their single-engine Piper Cherokee airplane.

After the crash, Weintraub wrote a heartfelt, spiritually tinged op-ed in The Washington Post, deeply wondering whether the divine may have had any role in turning what easily could have been a fatal event into one where “we both walked away.”

She mused about Jewish tradition, which holds that “repentance, prayer and charity can temper the severe decree,” meaning that if you live a pious life God may ease the inevitable suffering of your existence and even, at any moment, choose for you life over death.

Surviving the crash, Weintraub couldn’t think of anything she might have done recently to be happily exempted from the worst outcome of the “who shall live and who shall die” decree in the Jewish Rosah Hasahanah Unetaneh Tokef prayer. She believes she has always tried to live a kindly, charitable life.

“I prayed with the same mix of serious intent and nagging ambivalence as I have my entire adult life,” Weintraub wrote. “In all honesty, I’ve always wrestled with the concept of a personal God who heeds specific individuals’ prayers; surely, as there are biblical arguments for believing it is so, there is historical evidence to the contrary.”

Conversely, she noted, crediting her delivery from the jaws of death to “it just wasn’t my time seems passive and fatalistic.”

“Without some degree of human agency,” she wrote, “the outcome would without a doubt have been immeasurably worse.”

So, there you have it, the question of the ages. Is fate random or divined?

As a nonbeliever in the divine, the answer to me is unequivocal: it’s random, determined only by the material realities converging at any moment. But I’m part of a very tiny global minority. Surveys consistently reveal that most folks in the Homo sapiens species, by far, are unqualified, even fervent, true believers in the divine.

Even those among the intellectual, secular elite, like Weintraub, are not immune to infection by religious faith, whose microbic memes throughout history have been constantly wafting through societies worldwide.

As an atheist, what this tells me is that faith perpetuates because of some indescribable, unlocatable function of DNA, which I believe exists not because God exists, but for some far more practical, pedestrian purpose that helped mankind better survive and proliferate starting in the dawn of time. If it’s going anywhere new — and religious belief is clearly ebbing, at least in the industrialized West — it’s not going there quickly.

So, if we hope to become a more rational, evidence-based, down-to-earth species, “patience” is the word to embrace. We’ll need to learn to listen more to our heads than our hearts if we want to progress more resolutely.

Because if a person as worldly and intelligent as Beverly Weintraub is seeing phantoms in her mind’s eye, however faint, how successful will the rest of us be in ignoring them? 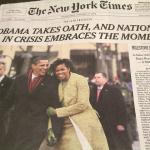 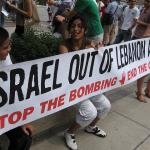