I was, frankly, appalled by the comments I received via the Reddit news-and-views aggregation website to my recent blogpost titled, “Why Do Rapists And Sex Abusers Suffer Less Than Their Victims?”

Roxan Gay in her Times piece questioned whether Louis C.K. had been rehabilitated to sin no more and whether he had appropriately addressed and rectified his victims’ immediate emotional trauma and often continuing suffering. I agreed with Gay in my post that, no, nine months of self-imposed banishment and zero restitution, in cash or kind, didn’t seem nearly enough penance.

The comments I received on Reddit’s atheist channel had a common thread: What Louis C.K. did was not a crime and, in any event, was minor compared with rape. I’m sure victims of both types of assault might strongly disagree with that assumption. And, in fact, behavior like Louis C.K.’s can be a crime, according to the website Criminal Defense Lawyer:

“State laws prohibiting public lewdness vary, but have many similarities. To obtain a conviction for public lewdness, the prosecutor must produce evidence sufficient to prove to a judge or jury, beyond a reasonable doubt, that the defendant committed open and public acts of indecency.”

And “public” does not just mean like in broad daylight on the 50-yard line of a pro-football stadium, the CDL site notes:

“While this definition varies by state, acts in places accessible to the general public, such as roads, stores, parks, and restaurants [or, presumably, backstage in comedy clubs, I suspect] certainly fall within the public place requirement. Moreover, lewd acts in other environments not open to the general public, such as jails and hospitals, may suffice. In fact, in many states, acts in any place visible to the public satisfy this element of public lewdness. For example, sexual activity inside an automobile that is visible to someone outside the automobile constitutes lewd behavior.”

Here’s a sampling of the more concerning Reddit comments I received:

From DylanKing1999: “He didn’t rape as far as I’m aware but how is he not a sexual abuser?”

From AmnesiaCane: “If these women hadn’t been in the field and/or working for him, it would be fine. Maybe gross, but not unethical. It’s the relationship and the power that he held over them that makes it improper.”

From gbdallin: “I don’t mean to imply that what he did wasn’t damaging in any way to those women. I’m sure it wasn’t pleasant. But the years of psychological damage that physical rape can give to a person aren’t the same as what the affect was on these women. It’s just by nature less violent, among other things. I don’t think we should be applauding the guy, but we shouldn’t be pretending he’s a psychopath with permanent behavior patterns. It’s more about that distinction than anything else for me.”

From kyledaug: “In the times we live in, people are bound to call you out for defending Louis but I think you’re doing a great thing by presenting the facts. Any sane person know what he did was wrong but this witch hunt stuff needs to stop.”

People are pushing back against this idea of mitigating proportionality in abusive sexual behaviors. An op-ed by stand-up comic Aparna Nancherla in today’s New York Times concludes that:

“To think the entertainment industry is fair or just or chiefly merit-based is assuming it operates by different rules from the rest of world. The burden placed on victims will always far outweigh those placed on predators. Yes, there is probably no measure by which [Louis C.K.] can undo the pain he has caused these women, but he can try.”

“… the #MeToo movement has demonstrated that, as a money-driven society, we have been asleep to the continued marketing and monetization of known abusers for years. What about the victims’ second chances? To argue that their talent must not match that of Louis C. K. or they would have gotten farther at this point in their careers, is missing the point. His actions affected their careers.”

I asked a friend of my wife’s and mine, a woman, what she thought of the Louis C.K. issue, and she replied:

“Having been a victim of violent crime myself, I have witnessed first-hand the callous misuse and derogation, not only in the court system but as a woman with constitutional rights. In the end what awakened in me was more important than the limited mental construct we as a society have created around sexual abuse and the depth and toll it takes on society. It was the realization of man’s continuing inhumanity towards man.”

Indeed. What makes it worse is how we parse, weigh proportionalities, make excuses for and justify many grievous behaviors humans routinely inflict on each other, when, on an essential level, they’re all almost unforgivably awful.
Acknowledging bad behavior is endemic in America, our friend said that she had chosen to “create a new story on a more fundamental level of existence, one that supports and promotes health, healing, and well-being, and strongly supports mental illness programs.”

May our carnal attitudes evolve to a kinder, less selfish place. But just simply admitting to and apologizing for all types of sexual abuse won’t get us there. Talk is cheap. 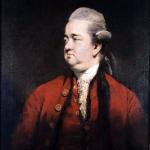 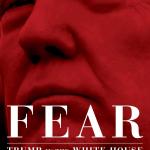 September 5, 2018 Yet More Good Reasons Official Lying to Americans Should Be A Crime
Recent Comments
0 | Leave a Comment
Browse Our Archives
Follow Us!

Lori Alexander, Voddie Baucham and Racism in Christianity
Over the last week we've seen new ever more racist statements falling...
view all Nonreligious blogs
What Are Your Thoughts?leave a comment
Copyright 2008-2020, Patheos. All rights reserved.