I read a Washington Post op-ed article this morning that should make the hair on everyone’s neck stand on end.

Titled “Fake news is about to get so much more dangerous,” the opinion piece by Thomas Kent, president and chief executive of Radio Free Europe/Radio Liberty, starkly warns that rapidly improving media technologies endanger democratic societies.

“The most powerful false-news weapon in history is around the corner. The media industry has only a short time to get ahead of it,” wrote Kent. “If technology continues its current advance, we may soon face totally convincing videos showing events that never happened — created so effectively that even experts will have trouble proving they’re fakes.”

I’ve written on this before (here), but the worry is still current.

What this cutting-edge technology portends, Kent forewarns in his op-ed:

“Deep fake” video will be able to show people saying, with the authentic ring of their own voices, things they never said. It will show them doing things they never did, by melding their images with other video or creating new images of them from scratch.”

A political candidate now has the power to portray an opponent saying things he or she never said much less stood for. And it will all look convincingly real — so real that even experts will struggle to debunk it, Kent fears (watch video above).

Imagine the chaos and instability such a capability might unleash in amoral hands. Imagine if President Trump could use it, is using it as we speak?

Read this article if you want to scare yourself to death for a good cause: truth and justice. 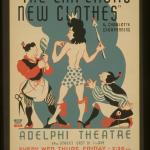 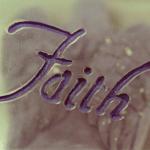